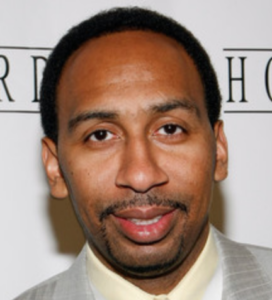 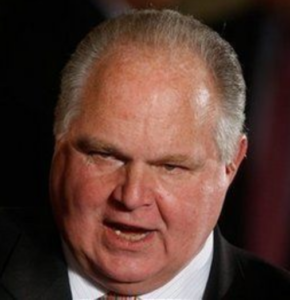 Before I get into this, you should watch the video yourselves. Rush Limbaugh and former Madison Square … Read Entire Article

The AP (Associated Press) poll released this past Sunday had three of the top four Division I college football teams from the Southeastern Conference (SEC): #1 Florida, #3 Alabama, and #4 LSU. The University of Mississippi would also be in the top 5 had it not been for Thursday night’s 16-10 loss to South Carolina.

The SEC has clearly been the best conference in college football this millennium. Florida and LSU won all of the past three national titles. LSU also won in 2003. This … Read Entire Article

Let’s face it: when Oregon running back LaGarrette Blount dropped Boise State defensive lineman Byron Hout to his knees with a hard right to the chin on Thursday night, everybody knew it would be a HUGE story because it was a “black guy” hitting a “white guy.” Our country always has and always will be obsessed with any competition which pits the “races” against one another (see Obama v. McCain; Jesse Owens vs. “The Master Race” in the 1936 Berlin Olympics; Larry Bird vs. Magic Johnson).

Former NBA referee Tim Donaghy pleaded guilty to two felony charges of conspiracy and transmitting betting information through interstate commerce in August of 2007. He was sentenced to 15 months in a federal prison on July 29, 2008. Four month into his stay … Read Entire Article

Apparently this warrant was issued on the same day as the indictment. Leaf is obviously hiding in Canada somewhere. I’d guess a remote area like the Yukon Territories. He should have enough money to just disappear. But Leaf is obviously not very bright, considering the nature of these charges. Meanwhile ESPN is reporting the other former NFL quarterback with legal issues, Michael Vick, had a bowl of Apple Jacks this morning and brushed his … Read Entire Article

The Friday night games in the 2009 NCAA Tournament may have been the best cluster thus far in the tournament, as far as excitement. (9) Siena dashed the Big Ten’s hopes of going 3-0 on the night, beating (8) Ohio State 74-72 in an overtime thriller. (2) Michigan State thumped (15) Robert Morris 77-62, while (12) Wisconsin defeated (5) Florida State 61-59 in the other overtime game of the night. The remarks of CBS color commentator Bob Wenzel in the second half of Wisconsin’s comeback victory, however, … Read Entire Article

It is sad that our country has come to this. First it was Plaxico Burress in New York, and now Marshawn Lynch in Culver City, California. Though the European-American media will call these guys thugs, hood, and various “n-words,” attacks by thug police all across the country are prompting “black” men to arm themselves. The Euro-American sports media (especially talk radio) will weigh in, especially (and predictably) Colin Cowherd and Dan Patrick of ESPN radio, and minimize or, more likely, completely ignore this ugly phenomenon in the United States. Thug police, badged gangsters, or whatever … Read Entire Article


2/10/2009
Here are President Barack Obama’s words, exactly how the Associated Press quoted him:
“If you’re a fan of Major League Baseball, I think it tarnishes an entire era, to some degree. And it’s unfortunate because I think there were a lot of ballplayers who played it straight.”
Sure the few guys who didn’t cash in during the “Steroid Era” played it straight. In this world, you are presented with few opportunities at financial peace and prosperity. You have to give Alex Rodriguez credit for basically doing everything he humanly could to EARN that
… Read Entire Article

Williams played for the Sun Devils from … Read Entire Article

What the hell is going on? It is now 5:19 pm Pacific Time, and the Red Sox/Rays game was supposed to be on 15 minutes ago! The game DID in fact commence, as I see its in the middle of the 1st inning on several online scoreboards. Has this ever happened in television sports history? I think the worst I’ve ever seen was NBC and the “OJ white Bronco” being broadcast while GAME 5 of the NBA Finals, Knicks @ Rockets, was shown in a tiny corner window of the television screen.