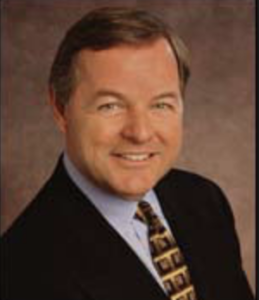 The Friday night games in the 2009 NCAA Tournament may have been the best cluster thus far in the tournament, as far as excitement. (9) Siena dashed the Big Ten’s hopes of going 3-0 on the night, beating (8) Ohio State 74-72 in an overtime thriller. (2) Michigan State thumped (15) Robert Morris 77-62, while (12) Wisconsin defeated (5) Florida State 61-59 in the other overtime game of the night. The remarks of CBS color commentator Bob Wenzel in the second half of Wisconsin’s comeback victory, however, forced my TV to be placed on mute while listening to the radio call.

With 16:13 left in the second half, and the Badgers in the midst of an 8-0 run which effectively erased most of the Seminoles halftime lead, Florida State freshman center Solomon Alabi – the seven-footer from Kaduna, Nigeria – was called for a 35-second shot clock violation, turning the ball over to Wisconsin. The turnover in a big game is forgivable for a freshman, as it didn’t necessarily cost FSU the game. It was Wenzel’s ultra-ignorant remarks after the turnover that tells all about his personal views on certain people.

Hey Bob – perhaps, maybe it could be Alabi is a FRESHMAN playing in the biggest game of his life and may be a little nervous? What I’m trying to figure out with Wenzel’s comments is what exactly Alabi’s nationality has to do with a 35-second violation? Obviously in Wenzel’s eyes, all “Africans” must be too stupid to understand how to count to 35. Wenzel probably can’t name more than five countries in “Africa” (the second largest continent on the planet that is really called Alkebulan by those on the Continent), yet insulted the entire gigantic, diverse land mass and all of its people in one ignorant, uneducated quip.

I’m not going to stoop to Wenzel’s level and say anything too retaliatory, but you’d think his Rutgers education (he has a degree in history) would have helped him understand “Africa” is a continent and not a country. But then again, Wenzel also said Mountaineers coach Bob Huggins was “coaching in his HOMETOWN of West Virginia” during the 2008 NCAA Tournament. Did Wenzel go to the Sarah Palin school of geography?

Regardless, congratulations to the Badgers and Seminoles for putting on a great show.