The Congresswoman does not allow white people to dictate her thoughts, beliefs, and ideals, especially about Israel. That courage makes her super sexy.

WASHINGTON, D.C. — You know you’re doing something right when Trump white people and white liberals are attacking you simultaneously. Truth is the new terrorism for white Americans. Once they establish their subterfuges, all the nigroes, wetbacks, and others must happily parrot and follow along obsequiously. The lovely Congresswoman, Ilhan Omar, D-Minn, showed the world how intersectional white supremacy bonds white liberals and conservatives.

Mrs. Omar stated a few truths in February and March, particularly this haymaker that got white liberals and white conservatives’ panties in a bunch:

Our democracy is built on debate, Congresswoman! I should not be expected to have allegiance/pledge support to a foreign country in order to serve my country in Congress or serve on committee. The people of the 5th elected me to serve their interest. I am sure we agree on that! https://t.co/gglAS4FVJW

Since white Americans worship Zionists like gods, they mandate and expect all others to do the same. Mrs. Omar won her district in Minnesota with 78% of the vote, without being part of their Zionist-worshiping cult. She simply stated her principled, truthful, admirable position.

Blizzard of backlash against the Congresswoman

Donnie Trump and his disciples have attacked Congresswoman Omar relentlessly. But that’s more because she’s Somali-American and a woman. Nancy Pelosi, on the other hand, is the most phony woman ever to serve in Congress. She released this “joint statement” with other Democrats that ultimately forced Mrs. Omar to apologize:

“Congresswoman Omar’s use of anti-Semitic tropes and prejudicial accusations about Israel’s supporters is deeply offensive.”

Everybody with common sense knows that AIPAC controls the U.S. Congress. Any denial of that is just Zionist bootlicking and frankly, pathetic. But intersectional white supremacy calls for the muting of this truth, along with the truth about the Federal Reserve having Zionist chairmen/women in 47 of the last 49-50 years, that Zionists are 90% of NFL and NBA owners, that Zionists are 90% of Hollywood/television top executives, that Israel is somehow the only “country” in the world exempt from international nuclear inspections, etc. Meanwhile, Israel receives about $4 billion per year in “foreign aid” courtesy of U.S. taxpayers. Israel has universal healthcare and dirt-cheap university educations as a result. The USA has neither of those things.

Zionists are committing genocide in Gaza and the West Bank, but their media and U.S. government subordinates have essentially buried this fact and/or dismiss it as “fake news.” You are “anti-semitic” for speaking any of these truths in the United States and/or even questioning their little “holocaust” tales.

It’s so very strange and surreal watching white people fight over which of their tribes worships Zionists the best. White liberals and white conservatives would literally eat a turd out of Netanyahu’s ass if he told them to because they truly view him as “god.”

RELATED – USS Liberty: When Israel Murdered 34 Americans and U.S. Government Covered It Up

Mrs. Omar displays beautiful bravado based on genuine principle that is sorely lacking in U.S. women in 2019. Her courage and clear message that white people will not dictate her career, thoughts and convictions are super sexy. She has also fought hard for her marriage and family, being married to her current husband twice (they have three kids together). She rocks different hijabs constantly, which is part of what makes Muslim women in general attractive. Men have to earn the privilege of seeing a Muslim woman without her hijab.

Ilhan Omar is the kind of woman every red-blooded man wants because she believes in something real, not regurgitated, tired talking points that liberal and conservative women (and dudes) in Congress and media build careers on. There are few sexy women in Congress as a result, despite there being more women in Congress today than at any other point in U.S. history. None who qualify as sexy, meaning principled and courageous, are Republicans. But let’s keep in mind that Republican women in general celebrate and respect femininity and masculinity, unlike most Democrat alphabet-gang women.

No other women in Congress can match Congresswoman Omar’s courage. But there are some who are trying.

Other women in Congress competing for sexiness 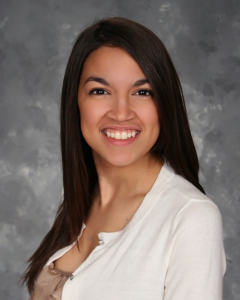 She seems genuine and like a real soldier who really wants to do good. But its hard to tell if she’s just another annoying liberal or a real warrior. UPDATE: AOC’s little verbal blackface thing at that Al Sharpton event has placed her firmly in the suspect category. That was cringe-worthy and disappointing. Her 70% tax on the wealthiest Americans is cool and has positive precedent. But it should exempt black athletes and other wealthy, genuine black Americans. AOC is one of those ladies you WANT to like, but do so with caution. Can’t call her sexy until full trust is earned.

Senator Kyrsten Sinema, D-Ariz., probably has the cutest face in Congress, but also the most suspicious. 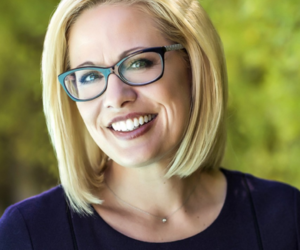 She went from pussy-hat wearing liberal in the early 2000s to a true moderate Democrat today. Of course liberals want to make the fact Sinema has had sex with women at some point(s) in her life as her entire identity. The likable part of Sinema, however, is her willingness to listen to other reasonable people and her balanced demeanor. She’s cool, but she’s not sexy yet. 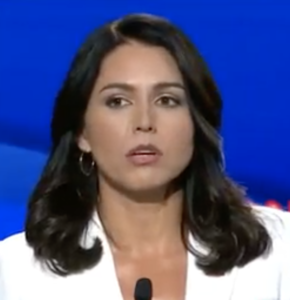 What makes her sexy (besides a great smile) is that she shined light on hard facts. The only “proof” of Syrian President Bashar al-Assad “gassing his own people” comes from the same lying U.S. government that conjured the Gulf of Tonkin incident to invade Vietnam in the 1960s. This lying U.S. government also conjured the WMDs in Iraq tale to invade them in 2003. Gabbard is also staunchly anti-war. Unfortunately it seems Gabbard is trying too hard to woo Trump voters. She exonerated Trump of all wrongdoing based on that Bill Barr 4-page comic. That alone dropped her from super sexy to super suspect.

Mueller reported Trump did not collude with Russia to influence our elections. Now we must put aside partisan interests, move forward, and work to unite our country to deal with the serious challenges we face. pic.twitter.com/xTkHkyrAxp

But she is genuinely anti-war, and there is simply no pathway to disliking that.

Congress passed legislation to end US support of Saudi genocidal war in Yemen that has killed thousands, caused famine, & cholera epidemic. The bill is on Trump’s desk awaiting signature or veto. Join our petition urging Trump to sign this bill to law — https://t.co/chZj5Q1r2D pic.twitter.com/mmaWNhqYyw

Wish Gabbard had a better way to convey her very powerful and admirable positions.

Right now, Ilhan Omar is the sexiest woman in Congress and there is no competition for this title right now. No other woman or man in Congress has the courage to tell truth about Zionists and the U.S. government fawning over Israel like a 12-year-old girl having a crush on members of boy bands. Mrs. Omar doesn’t adjust her positions because society and Zionists says so. She’s a real person, a courageous woman. Boldness and bravery trump boobs and butts all day, every day. Much love, Congresswoman Omar.

P.S. Congresswoman Rashida Tlaib also deserves mention here, as she exhibits great courage and principle in her constructive criticism of white people’s Zionist gods too, which again, 99.9% of U.S. politicians wouldn’t dare do. Much love to her.

UPDATE July 17, 2019 – Congresswomen Omar and Tlaib introduce bill that affirm Americans have the right to boycott Israel. It’s a damn shame this is even necessary. But the Congresswoman just continues to impress with her bravery.

UPDATE August 28, 2019 – Intersectional white supremacists are now attacking Mrs. Omar’s personal life to punish her for not worshiping Zionists like gods. There is now some 60-ish year-old white woman claiming via divorce papers that her 40-ish year-old white husband cheated on her with Omar. The story is being pushed by state-run media, aka Zionist media.

Meanwhile Mrs. Omar has reportedly filed for divorce from her husband and intersectional white supremacists are salivating over the news. Not that it matters. The institution of marriage has morphed into a bizarre political football to fulfill nefarious agendas in the last 15 years anyway. Just do it the Kurt Russell/Goldie Hawn way, who have been together for 35-plus years without government interference. But of course, that doesn’t stop tabloids from speculating.

4 thoughts on “Ilhan Omar: The Sexiest Woman In The 116th U.S. Congress”