A Flash Mob in Phoenix, AZ Saturday, November 20, 2010. Congress declined to extend unemployment benefits, so millions of Americans will be without income during the holidays, while Congress contemplates extending the Bush tax-cuts for the wealthy. What do you think?

It is difficult to determine which is more unbelievable: the fact that Mr. Johnny Morales Veloz may have been murdered by a police thug over a $.01 debt owed to Orange County (FL), or the ridiculous story the cops told the public in trying to justify it.

It was around 10 a.m. Sunday morning in the town of Bithlo when Mr. Veloz, 28, and two others (including his 15-year-old brother) were test driving a truck. The police thug, whose name is being protected by his government … Read Entire Article

The January 20 murder of Mr. James Patrick Ahern by now former Bella Vista (AR) police thug Coleman Brackney will not grace the pages or airwaves of Arkansas “mainstream” media again until around December 7, when Brackney’s trial for a “manslaughter” charge is expected to begin. It is now abundantly clear, however, that this murder, which Brackney shot Mr. Ahern six times while he sat in his car, was avoidable, had the Bella Vista city government heeded the pleas of the citizens who elected them. 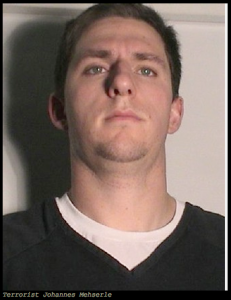 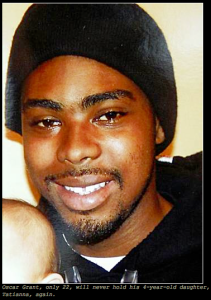 Killer cop Johannes Mehserle was sentenced to the minimum two years in prison with time served credit (146 days). This means he will likely be out in less than a year, with all of California’s early kick-out regulations. This judge also ordered a new trial on the gun enhancement, which would have added up to 12 additional years to the sentence. Only in America! Murder and get less than a year in prison.

First, if you haven’t already seen it, watch the video of this feral pig, while several of his cop buddies watch, strike Mr. Shelley 27 times, which ultimately broke one of his legs and severely injured the other.

The incident happened that Thursday night at 8:30 … Read Entire Article