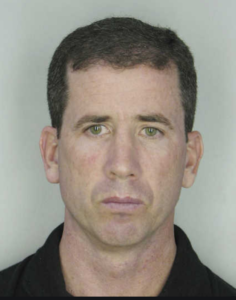 Former NBA referee Tim Donaghy pleaded guilty to two felony charges of conspiracy and transmitting betting information through interstate commerce in August of 2007. He was sentenced to 15 months in a federal prison on July 29, 2008. Four month into his stay at the federal prison camp in Pensacola, Florida, another inmate who claimed to be a  “New York mobster,” hit Donaghy in his right knee with some sort of club or stick. The attack was serious enough that Donaghy is now apparently in need of surgery on the knee, but will not get it done until he is released from prison. He is scheduled to be released next Wednesday to a Tampa half-way house.

Donaghy has fallen far from a life most people would be completely satisfied with. As an NBA referee, he was making a six-figure salary and had front-row seats to watch the best athletes on the planet display their crafts. His ex-wife, Kimberly, divorced him right after he was arrested and he will likely have to make amends with his four daughters. Greed is the ultimate temptation that can destroy lives.

But there is life after prison for Donaghy. He is said to have started writing a tell-all book about his 13-year NBA career, and Ultimatebet.com added him as a sponsored professional poker player last October. It’s refreshing Donaghy is now out of the NBA, being I live in Phoenix, and was growing extremely tired of Suns fans blaming Donaghy for their team’s inability to beat the San Antonio Spurs in the NBA playoffs.

Regardless, this guy cast a “white cloud” over my favorite sport and he deserved what he got (being he was actually facing close to three years in prison). Though it sucks that Kobe Bryant and the L.A. Lakers will win an NBA title this year simply by taking advantage of an Orlando Magic team that can’t make a free throw and has a coach who can’t distinguish loyalty for players and sheer stupidity (playing Jameer Nelson over Rafer Alston in crunch time of Game 4), the NBA will always be one of my temporary escapes from reality.