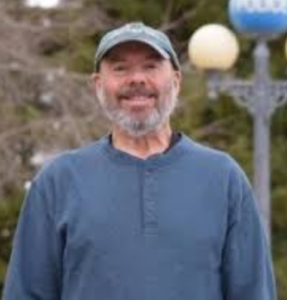 The only explanation for this murder of an American citizen is the same one virtually all of these killings have proverbialized: two police thugs wanted blood and paid vacations; and were going to get it no matter what.

The latest murder of an American citizen by thug cops happened in Pinole, CA – a bedroom community with 19,000 residents, about 20 miles northeast of San Francisco. Pinole Police allege that Mr. Michael “Mickey” Welch was involved in some sort of violent crime and wanted to question him last Friday afternoon, May 28. Police say they “approached” Mr. Welch, who was apparently just minding his own business in his neighborhood.

Cops say he “reached for his waistband,” one of the most common fabrications police thugs across the country use to justify murder. The two cops, whose names are being protected by the City of Pinole, fired at least eight bullets at the 20-year-old man, killing him instantly. Both killer cops were rewarded with paid vacations, aka “paid administrative leave”.

Nazi, pedophile-looking “deputy chief” Peter Janke seems to believe that because Mr. Welch was “on probation,” this gave his goons the right to murder the young man. Janke emphasized this probation in a statement made to local media. Many Euro-American media outlets have referred to the young man as “parolee,” “gang member,” and “felon” to help the police thugs justify the murder. It took Pinole cops three days to confirm the obvious: that Mr. Welch was unarmed.

Mr. Michael Baum exited his home with a video camera, and started filming after hearing the gunshots from his home. He told ABC 7 that he was outside seconds after the shooting and did not see a gun or any weapon near the man who was being given CPR by the cop who killed him. Another witness told the news station that he was talking to Welch on the phone when he heard cops start “screaming” at him. The witness said he was on his way to pick Welch up. When he arrived moments after the call dropped, he saw his friend lying dead on the ground. Cops immediately ordered him to leave.

The kangaroo investigations by the Pinole Police Department and Contra Costa County District Attorney’s Office should conclude within a few weeks, with the inevitable “justified” findings. Mr. Welch leaves behind a young child who will now grow up without a father.

Americans need to realize that police thugs have the green light from Congress, the U.S. Department of Justice, the U.S. Supreme Court, and the copsucking community to murder, assault, and/or rape you and not face any consequences for it. Last time I checked, that is the definition of a police state, and that is what our country is.

This is no different than what goes on in North Korea, Somalia, and Russia. Every time you encounter one of these gangsters in badges, you risk your life, well-being, and dignity. The concept of “protect and serve” is long obsolete and Americans must become vigilant to protect themselves from these government-protected thugs.

Our thoughts are with the Welch family.