I saw a random post on Facebook in November of 2010 that asked if there was a videographer out there who could film a “Flash Mob  for Jobs” she was staging near Senator John McCain’s office in Phoenix. I answered, we became friends, and continued fighting injustices together on so many levels from that point forward.

What I love SO much about Cyndi is that she forced people (particularly white people) to have conversations that they were obviously uncomfortable having. Posting things like this was just who she was and why I loved her so much. 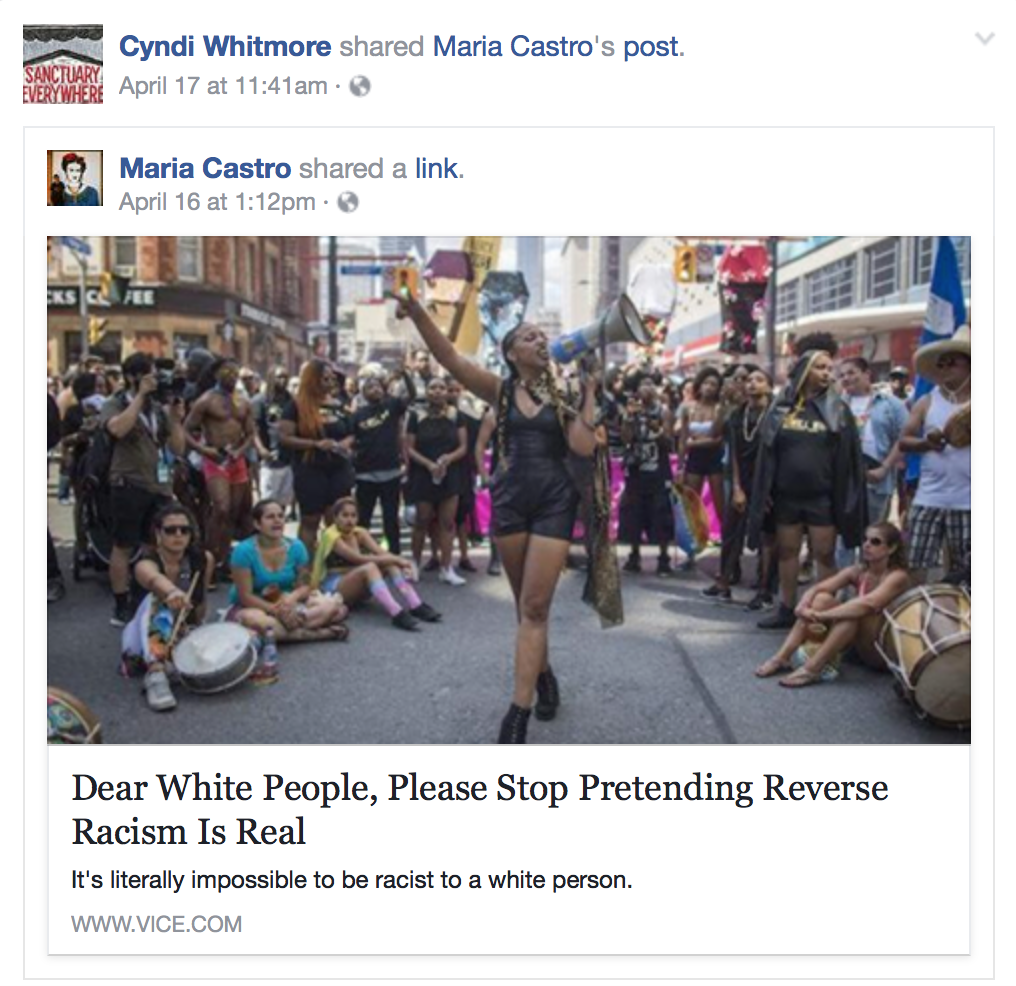 Cyndi lifted my spirits during the darkest times of my life; made me smile when nobody else could. She had the greatest personality, a great smile and was just a great woman. We laughed together, cried together. We certainly did not agree on everything and had some heated discussions at times. That’s what makes for genuine, lasting friendships. Cyndi I’m missing you already.

Cyndi was part of the Phoenix Restoration Project and was involved in Occupy Phoenix. She worked in the airline industry for the past 17 years. Cyndi was extremely well-read and could have an intelligent conversation with you about anything. She is survived by her four children.

Life is just so fragile. Hug your loved ones tonight. If you knew Cyndi, please leave a note in the comments. 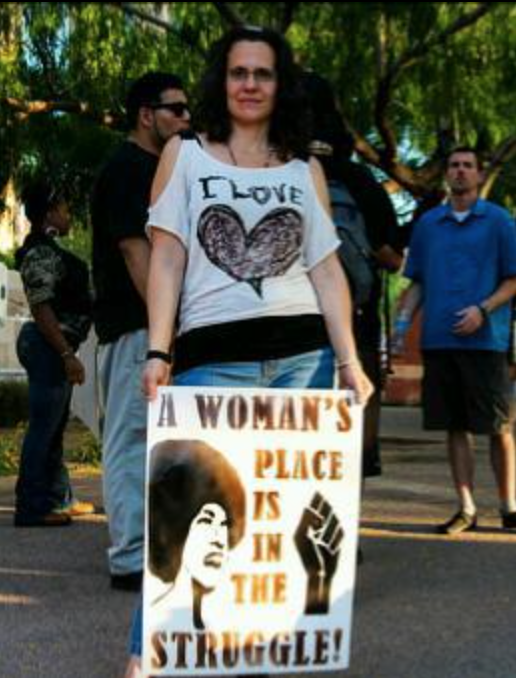