A one in a million incidence of justice happened here. William and Karen Panas will never see their son Billy again, at least not in this lifetime. But at least the killer will die a slow, painful death in prison without the possibility of parole. 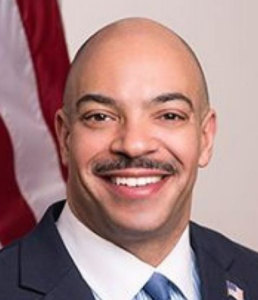 Mr. Seth Williams, the Philadelphia D.A. who took office in early January, has just proven to American citizens that a select few prosecutors are in office FOR THE PEOPLE. Mr. Williams, in one of his first, and likely most impactful cases of his short tenure, indicted former Philadelphia Police thug Frank Tepper on murder charges this past Monday.

Mr. Williams said it best: “The public demands that we apply the same standard of justice to every case regardless of the status of the victim or the defendant. And I have imposed that standard in this case.” The people of Philadelphia obviously elected a man of integrity and a man who will uphold the U.S. Constitution and the most famous quote from the Declaration of Independence: “all men are created equal.”

Thug Tepper is also facing reckless endangerment and possession of “dangerous instruments” charges. He will be held in jail until at least next Wednesday when he could get bail at his preliminary hearing (as long as the charge is ultimately not first-degree murder). 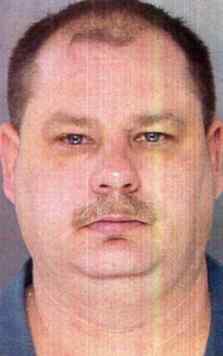 Philadelphia Police thugs have obviously not been paying attention to what’s been going on in the Seattle, WA area. I suggest they immediately read a few blogs and hope the people of Philly aren’t quite as fed up as the people in the Pacific Northwest.

Though it took more than a month after the November 21 murder of Mr. William Panas at the hands of Philadelphia police thug Frank Tepper, the latter will be officially fired after a 30 day suspension expires. The suspension went into effect on Monday.

This all started when a brawl broke out in the Port Richmond area of Philadelphia, near Tepper’s residence. Tepper, who was home and off-duty at the time, exited his home and, according to him, tried to break up a brawl. He of course said he “feared for his life.” Tepper was getting his ass kicked by the brawlers, when he pulled out his gun and shot Mr. Panas once in the chest, killing him almost instantly.

Watch a report from WCAU NBC 10 in Philadelphia.

Witnesses say Tepper never identified himself as a cop. Keep in mind, this is the same police thug who went after several teenagers with his gun and pepper spray after they allegedly bullied his 8-year-old son back in 2002. Tepper was not fired for the incident and no charges were filed. Though Philadelphia District Attorney R. Seth Williams, who just took office this week, said he will review the present case for possible criminal charges, American citizens should not hold their breath. Remember: “cop” stands for Constitutionally Protected.

It would be overkill to list all the thuggery and malfeasance within the Philadelphia Police Department over the past few years. But it should be noted that only a few days before police thug Tepper murdered Mr. Panas, another Philadelphia Police thug – house negro Tyrone Wiggins – was arrested for sexual battery (rape) of a minor.

Operation-Nation will follow this story until the inevitable occurs: when thug Tepper is cleared of any wrongdoing.

Maurice Hill: 5 Clues That Point to Philadelphia Shooting Being A False Flag (August 15, 2019)