I argued in the federal habeas corpus (28 U.S.C. Sec. 2254) petition that exhaustion of Rule 32 proceedings would further violate my civil rights irreparably. The federal judge saw it differently today. They dismissed the petition until Rule 32 (Post-Conviction Relief) is sought in Maricopa County Superior Court.

I can appeal with the Ninth Circuit once this “Rule 32” stuff is exhausted. I can also appeal the district court judge’s decision not to accept the petition immediately with the Ninth Circuit. But I must give the three federal judges (one magistrate) credit that I have dealt with in filing federal lawsuits. They are very thorough and very “constitutional” in their explanations for their decisions, unlike Maricopa County judges.

Yes, being “on probation” counts as being “in custody” for habeas corpus purposes. My section (B)(ii) claim was apparently not good enough to bypass this “Rule 32” stuff. Malfeasance and corruption are the norm down here. Maricopa County probation supervisor John Wertsching threatened to send me “to prison” because I told him I would appeal. I legally recorded this entire conversation on March 30, 2009. Wertsching illegally seized my tape recording device and deleted the evidence. 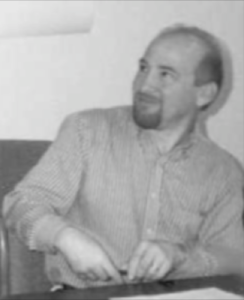 He then hugged the secretary (seemingly in a lame attempt to hit on her) of Theresa Sanders, the sentencing judge. Wertsching tried convincing her to sign an order to “send him to prison.” Wertsching is obviously comfortable in violating people’s constitutional rights. He’s been working for Maricopa County for 23 years, and knows how to get away with breaking the law. This issue has been raised in the “Rule 32” petition. But living through that moment made me think I was in a third-world country courthouse as opposed to a U.S. state.

Now I must endure the Confederate principles of this Maricopa County system again. A hearing for these “Rule 32” claims will not happen until September 8, based on all the deadlines contained in the law. Meanwhile, the City of Tempe, it’s police chief Tom Ryff, and three cops were served summonses by a U.S. Marshal last month. I filed a federal civil rights claim against them.

It’s just plain sickening how rogue cops, prosecutors, judges, and public defenders can completely ruin your life in a matter of seconds. They violate every alleged constitutional principle, while making criminal law and procedure moot. These people hide behind quasi-judicial immunity and qualified immunity. As inbred Lasalle Parish (Louisiana) prosecutor Reed Walters told “black” students at Jena High School: “I can ruin your life with a stroke of a pen.”

The law means nothing in real life

Confederites and cops feel good about themselves because they believe they can control the lives of “blacks” and other Americans subjects. There is good reason why the Civil Rights Act of 1871 (now codified in Title 42 of U.S. law) was also known as the “Ku Klux Klan Act.” I wrote in my habeas corpus petition, citing the 1972 Mitchum vs. Foster U.S. Supreme Court decision:

“Proponents of the legislation noted that state courts were being used to harass and injure individuals, either because the state courts were powerless to stop deprivations or were in league with those who were bent upon abrogation of federally protected rights.”

I’ll likely be dead by 2010. But I’ll die with a sense of pride in that I did not simply let inbred Euros destroy my life without fighting back in every LEGAL way possible. Confederites knew I was on my way to attending law school and stopped me before I could interfere and hopefully completely halt their little games. I could start doing things Nat Turner style, but it hasn’t gotten to that point yet. And that also, is a BIG YET.