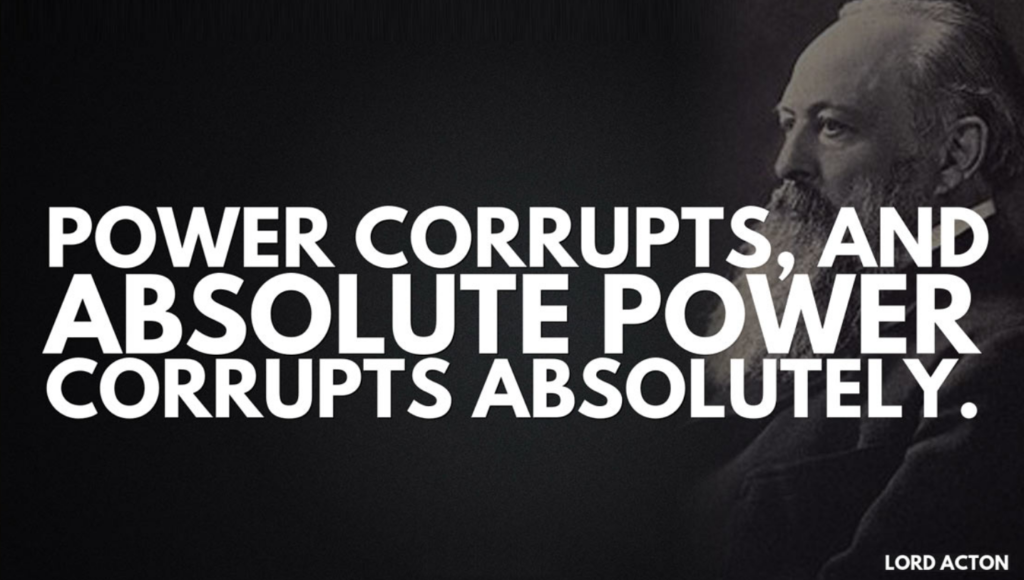 Fox News and right wing groups screaming for repeal of Sec. I of the Fourteenth Amendment (the Citizenship Clause) to prevent Mexicans from becoming U.S. citizens. Meanwhile liberals, CNN and MSNBC cry about the absolute right to bear arms and self-defense contained in the Second Amendment. It’s all great theater and distraction from the Eleventh Amendment, which is rarely spoken about in media, schools, and/or everyday conversation.

History of the Eleventh Amendment

The Eleventh Amendment of the U.S. Constitution was ratified on February 7, 1795. The infant U.S. Supreme Court ruled in the case of Chisolm v. Georgia two years earlier. The case was an early test of the differences between U.S. law and British law. The Supreme Court ruled that citizen can in fact sue states.

A South Carolina merchant named Robert Farquhar sold supplies on credit to the State of Georgia during the Revolutionary War (1775-1783). Georgia refused to pay back the debt because Farquhar was a British loyalist. Alexander Chisholm, the executor of Farquhar’s estate after he died, filed a lawsuit vs. Georgia in the U.S. Supreme Court. Direct filing with the highest court was proper procedure at the time.

The State of Georgia refused to answer the federal complaint. It claimed sovereign immunity from lawsuits or any other prosecution brought by a citizen. Article III, Sec. 2 of the U.S. Constitution said otherwise. The Supreme Court ruled in favor of Chisholm in 1793. The U.S. Congress passed the Eleventh Amendment less than a year later. It is ironically the government’s FIRST AMENDMENT after the Bill of Rights. The amendment was ratified on February 7, 1795. It voided the Chisolm decision and laid the foundation for criminal behavior among state officials. The Bill of Rights has progressively lost the power American citizen thought it gave them since ratification of the Eleventh Amendment.

The term “the State” is synonymous with certain individuals as a result of the Eleventh Amendment. It protects prosecutors and judges from accountability. “The State” can legally break the law. The Eleventh Amendment provides absolute immunity from all civil actions brought by U.S. citizens against malfeasant, criminal state officials. It gives said corrupt officials a Constitutional hiding place when they’ve done wrong.

Clear violations of First Amendment rights (freedom of speech, press, and religion) by police would not qualify for immunity. Fourth Amendment illegal seizures, Eighth Amendment cruel and usual punishment, etc. also do not qualify for immunity. Americans negate this Constitutional perk when they can prove Constitutional violations. But it takes years of litigation and money for an attorney to attempt holding criminal officials accountable. As a result, the criminals get away with it anyway.

Police all across the United States frequently rape, murder and assault American citizens. The perpetrators rarely receive a punishment equal to the crime. There are currently at least three cases pending in state courts involving cops killing American people. The defendant police are either facing involuntary manslaughter charges or only found guilty of involuntary manslaughter. This is the unspoken, unwritten perk of “qualified immunity.” Police can kill someone while on duty. But U.S. tradition charges cops with only involuntary manslaughter. Most other Americans who take someone’s life face either life in imprisonment or the death penalty.

Judges and prosecutors use their absolutely immunity to further corporate agendas. Republicans love Ronald Reagan so much because of his 1986 crime bill. Reagan is also responsible for privatizing prisons. This resulted in a corporate money grab. Cheap prison labor, punitive fines, and restitution to thousands of unwitting Americans line the pockets of corporations and lobbyists. 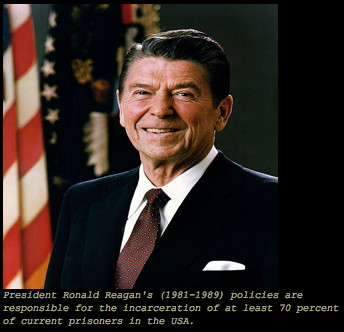 Reagan’s crime bill emboldened judges and prosecutors like no other time in U.S. history. Mark Ciavarella and Michael Conahan, two former Pennsylvania judges, imprisoned children for profit for many years.

Reagan’s crime bill neatly incorporated the aforementioned Imbler decision. It further shielded state and federal prosecutors from accountability for their actions. As a result, an astronomically creepy spike in the U.S. prison population occurred during Reagan’s presidency. The numbers don’t lie. 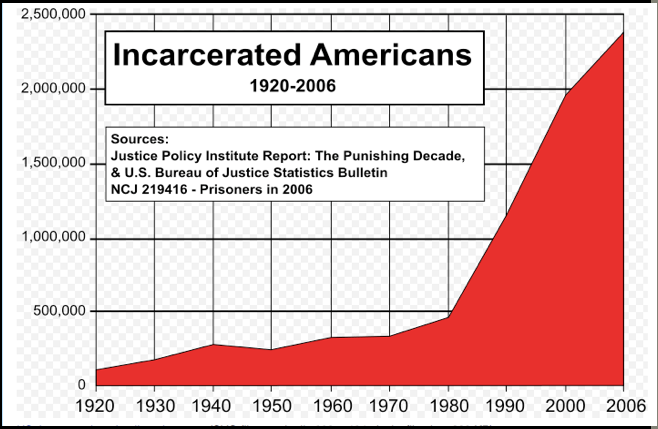 But this is not a Republican problem. Democratic President Bill Clinton’s 1994 crime bill could have reversed Reagan’s policies. Instead Clinton gave $8.7 billion to private prisons prevented that and strengthened so-called “three strikes” laws. Both sides of the political spectrum casually demand “transparency in government.” But the concept is impossible because of Eleventh Amendment immunity.

The Declaration of Independence is hypocritical and fallacious. It excludes women altogether. African Americans and Native Americans were enslaved and manipulated, respectively. Regardless, the maxim is fallacious because of the Eleventh Amendment. A small class of people are immune to the same justice system that imprisons Americans for smoking a joint. It a real-life comedy, as opposed to the “comity” the state and federal judiciaries use to protect one another. 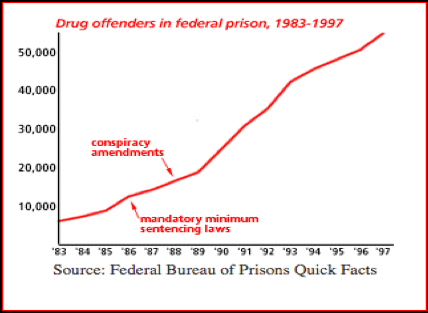 “[N]o State shall make or enforce any law which shall abridge the privileges or immunities of citizens of the United States; nor shall any State deprive any person of life, liberty, or property, without due process of law; nor deny to any person within its jurisdiction the equal protection of the laws.”

The Eleventh Amendment “abridge[s] the privileges or immunities of citizens of the United States.” It provides immunity to certain citizens from the same laws, treatises, and codes all others are forced to obey. Judge or prosecutors “deprive any person of life, liberty, or property, without due process of law” because of their individual agendas. Innocent people are convicted of manufactured crimes daily. There is no re-course for the victims, other than the same system that put them there in the first place.

Obviously there is no “equal protection under the law.” Anybody could lie under oath if that were the case. Police file false police reports, kill, rape, and assault people daily. They either escape charges altogether, or are sentenced to fines and community service.

Former Major League Baseball pitcher Roger Clemens is currently facing federal prosecution for perjury. His attorney should argue in court that judges and prosecutors are allowed to lie in court. Thus his client should be able to lie under oath as well, pursuant to the Fourteenth Amendment’s equal protection clause.

There is precedent for one U.S. Constitutional Amendment voiding another. The 21st Amendment overturned the 18th Amendment (prohibition of alcohol). The move was clearly in the best interest of the country. Unfortunately the Eleventh Amendment is likely to stand forever.

Judges, prosecutors, and cops are protected by this Constitutional perk. They would have to voluntarily surrender this virtual “get out of jail free” card. Most U.S. Senators and Congress people have been lawyers and/or judges before. They would never ratify an amendment relinquishing their immunity.

The people of the United States must elect officials who view accountability as an absolute necessity in government. Candidates for high office must support repeal of the Eleventh Amendment’s absolute immunity clause to get support from this website.

“…fair and impartial judgment by those entrusted to carry out the laws is the bedrock of our legal system. When those sworn to uphold the law violate it, they will be held accountable. We cannot and will not allow the public’s faith in our legal system to be shaken by judicial corruption.”

“Criminal justice” is simply too profitable to Washington DC for realistic change to occur. The conspirators are comforted by the fact they will get away with it. Meanwhile voters continually elect the same politician over and over again. The Eleventh Amendment is as American as apple pie. Do your part to change it.

8 thoughts on “Eleventh Amendment Is Unconstitutional; Must Be Repealed”