Hope the appeals court judges have some integrity.

Thomas “outrageously exploited power, flagrantly fostered fear, and disgracefully misused the law” for malicious prosecutions, according to the panel. In other words, the guy responsible for all this crap going on in my life is no longer a lawyer. Read the full decision by the Arizona Supreme Court here.

MARICOPA COUNTY, ARIZ. — My first federal habeas corpus was denied by a U.S. District Judge. I must first exhaust all state remedies before a federal court can review the persecution, according to the decision.

I filed a Rule 32 Petition For Post-Conviction Relief in the Maricopa County Superior Court on July 13. It is a charade. But in order to move the case to a higher (hopefully more honorable) court, I first had to exhaust this crap. It was a clown show.

Maricopa County judges Gary Donahoe, Teresa Sanders, and Emmet Ronan all took part. I filed a Petition for Special Action in the Arizona Court of Appeals  just to compel these judges to follow the law. 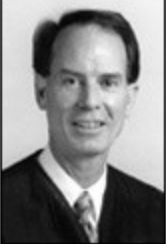 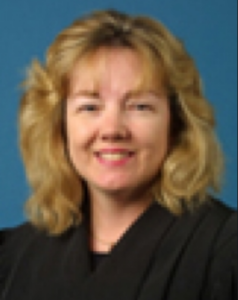 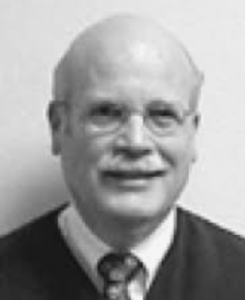 Arizona Rule Of Criminal Procedure 32.6(c) says that the court shall review post-conviction petitions within 20 days after the defendant’s reply is due. A.R.S. 13-4236 reiterates this. Article 2 § 11 of the Arizona Constitution states, “Justice in all cases shall be administered openly, and without unnecessary delay.”

Maricopa County, via prosecutor Lisa Marie Martin, filed a response to the PCR on September 22. Their primary counter-claim was that I was “not courteous” to them. Read it yourself (State’s Response to Petition for Special Action) in the conclusion of their response. I also filed a reply to the State’s response to the special action.

I was disappointed that the law failed me again. But the special action served its primary purpose. It forced judges Donahoe, Sanders, David K. Udall, and Ronan to carry out the judicial duties they failed to do without coaxing. They only responded after the special action was filed in the court of appeals, an unnecessary step I had to take. Donahoe immediately ordered Sanders to adjudicate the case upon being noticed of special action. Furthermore, Donahoe falsely alleged I requested that the case be decided without the benefit of transcripts. This is/was a lie.

The Petition For Review was filed in the Arizona Court of Appeals on October 8. It requested review of judge Sanders’ summary dismissal of the post-conviction petition. She dismissed it without addressing the merits of the claims. I filed a Petition for Review in the Arizona Supreme Court five days later. It addressed the appeals court’s dismissal of the special action.

I also filed a motion for reconsideration of habeas corpus in the U.S. District Court. It was denied. The federal court ruled I must file a new petition for further review of the instant case.

There are three primary claims in the appellate courts regarding this case. The Arizona appellate courts must rescue the integrity of Maricopa County judges, and vacate this conviction via nullification of the plea agreement.

a. Form of Motion. A continuance of a trial may be granted on the motion of a party. Any motion must be in writing and state with specificity the reason(s) justifying the continuance.

b. Grounds for Motion.

Maricopa County courts ruled on September 22, 2008, that my trial “shall not be continued unless a written motion to continue is filed at least 5 days before trial.”

Here is a screenshot of all filings in the case from September 16, 2008 until the original trial date, January 20, 2009. Note, I was released from jail on September 17. 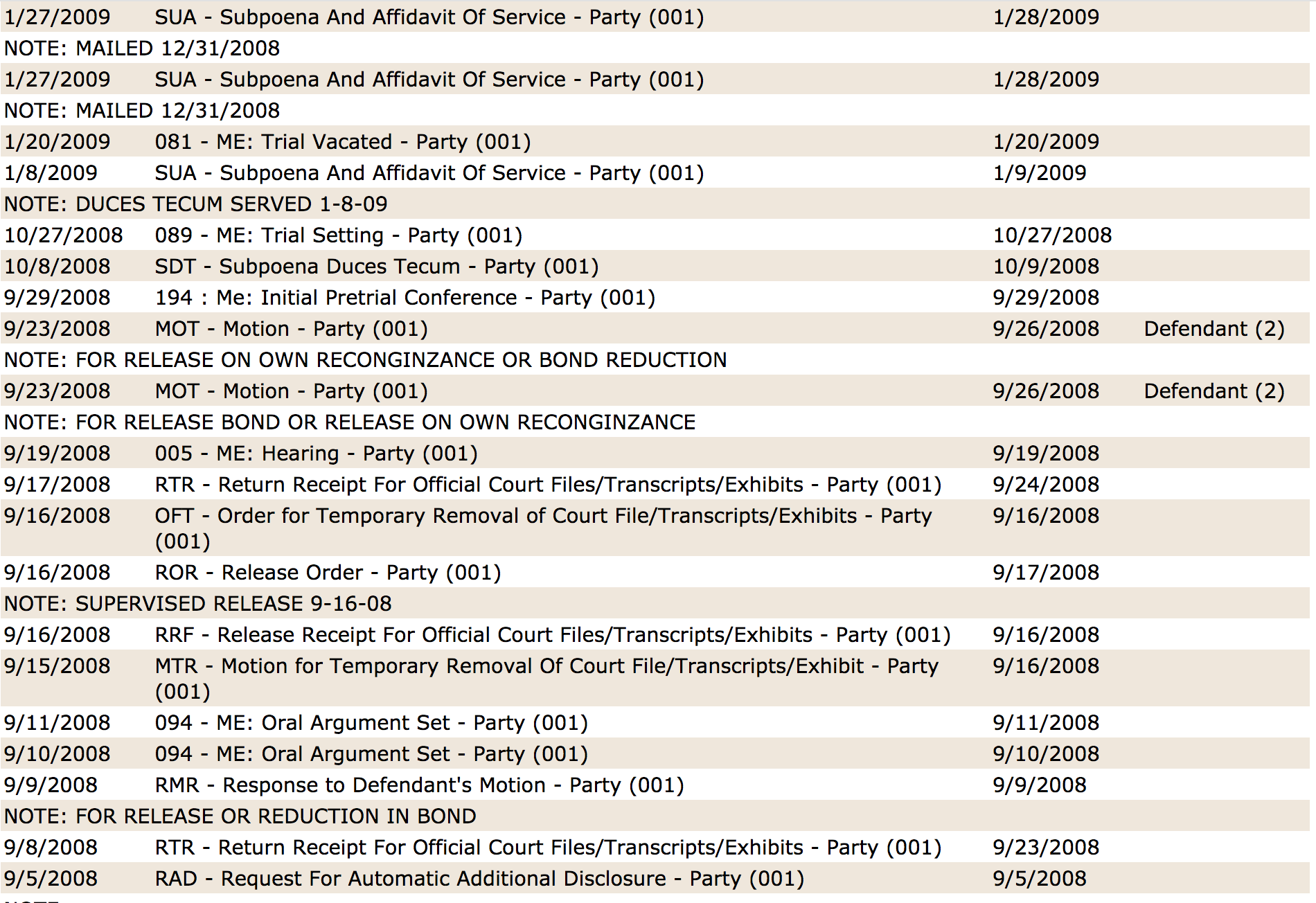 There was only one entry on the docket between October 27, 2008 (when trial was set) and January 20, 2009 (trial date). Ziemba subpoenaed Sprint Communications for my text message records. Court-appointed Ziemba served Sprint the subpoena twice.The original subpoena duces tecums by Ziemba listed the wrong phone number. Thus “my lawyer” didn’t know my correct phone number.

No written motion was ever filed by the State or Ziemba to vacate (“continue”) the trial. No written motion means the court cannot satisfy the second part of Rule 8.5. Extraordinary circumstances must exist to vacate trials. Judge Emmet Ronan nullified my Sixth Amendment rights sua sponte in this case, on his own personal accord. He went rogue, in clear violation of the Constitution and criminal procedure.

Ronan did this for his friend, Maricopa County prosecutor Lynn Krabbe. They both understood that trial risked both exposure and acquittal. The State’s alleged victim, Michael Arthur Wood, was on probation for counterfeiting money. There is text-message evidence Wood extorted Wilkins for $1,000 on that July 21/22, 2008. Wood demanded payment immediately or he would call cops and conjure a story.

Wood choked and spit in my face, and held me at knife-point. I had a broken right hand and was limited in my ability to defend myself. The Tempe Police simply covered this all up. All of this would have been exposed at trial.

How did Ziemba let this happen? 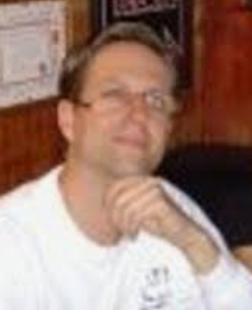 Anyone reading this who has this douche for a lawyer should immediately file a motion for new counsel. This guy now handles death penalty cases from what I understand. Ziemba was, coincidentally or otherwise, promoted to his new, higher paying position in death penalty cases right after my trial was unlawfully revoked.

Maricopa County refused to accept my motion because it was not filed by an attorney (another Sixth Amendment violation), according to Ziemba. He filed the same motion and declared I am “not likely facing a DOC (prison) term either upon conviction at trial or under a plea agreement.” Thus, it’s reasonable to surmise that Ziemba would rather go to trial than cop a plea. Ziemba wrote that his client was unlikely to be incarcerated.

This is apparently not how Ziemba thinks. He allowed my trial to be unlawfully revoked at a January 12, 2009 hearing. Ziemba was now saying I would go to prison if this matter went to trial. He said I needed to sign a plea. Why the sudden change?

Ziemba refused to file a special action in the Court of Appeals to get the case dismissed back in February 2009. Time limits for a speedy trial had expired. The plea agreement I was forced to sign on March 2, 2009, expired more than four months earlier, on October 22, 2008. Said plea could not be legally re-instated for judgment, and is thus void. But Judge Sanders sentenced me pursuant to the expired plea agreement anyway.

The other public defender, David Allen Brown, did not show up for the arraignment hearing on August 11, 2008. This is another Sixth Amendment violation. Jeanne Hyler, human resource director for the Maricopa County Public Defender’s Office, told me that Brown was the attorney of record in 2500+ cases between January 2008 – June 2009. Perhaps that’s why he failed to show up for my arraignment or answer any of my phone calls while I was in jail.

The blatant lying and fabrication of evidence by prosecutor Lynn Krabbe encompasses several Fourteenth Amendment violations. Krabbe literally conjured a “prior criminal history” for me out of thin air. She created a 2004 incident that I was arrested and convicted of fraud. The alleged crime occurred in Arizona. I was living in Iowa at the time and hadn’t been in Arizona since 1999. Despite the false nature of this accusation, the judges considered it in the pre-sentencing report.

Krabbe then said there were “multiple victims” in the alleged crimes I allegedly committed the night I was arrested, July 22, 2008. This allegation by Krabbe changed the charges against me to “dangerous felonies.” They mandate longer prison sentences. The only victim in this whole ordeal is myself. But even the Tempe police report clearly and unequivocally says there was only one alleged victim. The State of Arizona ultimately conceded that there was NO VICTIM at all in this case on March 8, 2010. The “no victim” declaration is near the bottom of the linked probation discharge order. They admitted this only after I’d served probation and many hours of slave labor (community service).

All I can do now is wait. I’ve no faith in the law and U.S. Constitution. I’ve already served the sentence as a result of this persecution. The appellate courts must reverse the malicious conviction for any real justice to occur. Otherwise there are no claims for relief in civil court. The courts must decide if relief is warranted for maliciously stripping someone of the right to earn a living, to the pursuit of happiness. I was in a Maricopa County Jail from July 22-September 17, 2008. I’ve been unemployable and homeless ever since.

I was evicted from my apartment in December 2008. My car has been my home for several months. I’ve slept under bridges, in the ASU libraries, and on several people’s couches. I was supposed to graduate from Arizona State in December 2008 with my bachelor’s in journalism and history. I should be in law school right now. That all seems like so long ago.

I will first give this alleged “justice system” a chance to fix itself. Either the law will work like it is supposed to, or I’ll completely re-evaluate life, humanity, and the evils of this country and state.

Ultimately I can only blame myself for all this. I allowed a troubled neighbor who was a crackhead into my life. Before all this, I tried to extract the good I believed was in all people. But evil is a real and formidable reality. It lives in government and regular people.

Operation-Nation will continue writing about others similarly situated. We’ll continue covering police state policies at least until the end of next year. After that, it’s no longer in my hands.