UPDATED August 6, 2015: David Flores was booked into Polk County Jail for failed drug test. The odds are stacked heavily against Flores ever having a normal life again. But we’re rooting for him and will try and keep updating this story.

The double standard here is the fact the State of Iowa will also file a motion in the Iowa Supreme Court to stay the proceedings in the Polk County Court, pending the appeal. What this effectively does is take away Mr. Flores’ possibility of being granted bond, and subsequently released from prison. Of course, when a defendant appeals a lower court ruling, they are rarely (virtually never) released from the adverse circumstances of a conviction pending appeal. We’ll keep updating the story as we learn more. 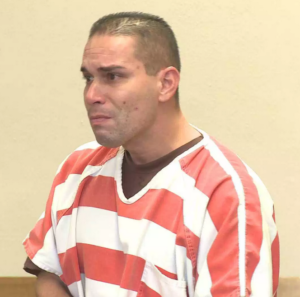 DES MOINES — There are a couple of items which must preface this article (in a matter of full disclosure). First, I am from central Iowa, lived in Des Moines for several years, and many family and friends still live there. I know Mr. David Flores because Des Moines is not a very big town, but do not know him well. My brother and the Flores brothers are all good friends. Second, and most importantly, the U.S. Supreme Court ruled in the 1935 Berger v. United States case that there is an established principle that the interest of the State in a criminal prosecution “is not that it shall win a case, but that justice shall be done.” Polk County prosecutors, like a vast majority of their counterparts nationwide, continue to ignore this long-established principle in the interest of persecution.

Mr. Flores’ life forever changed on April 8, 1996 when Ms. Phyllis Davis was tragically murdered near the Oakridge housing project near downtown Des Moines. Oakridge was, at that time, considered one of the most dangerous areas in the state. Ms. Davis, a bank worker, got caught in the wrong place at the wrong time when Des Moines was plagued by gun violence.

Mr. Jody Stokes, another man I’d known, was killed in October 1995, which was the beginning of a string of shootings in the area. Mr. Stokes was a high-ranking Crips gang member, and friends with Mr. Flores. This circumstantial fact, along with other circumstantial evidence, was enough for Polk County prosecutors to convict Flores of a murder he did not commit.

Several witnesses at trial told the jury that the shooter was black (obviously, Flores is Latino). There was never a murder weapon found and there was no physical evidence placing Flores at the scene of the crime. This does not matter in United States jurisprudence. Flores was found guilty of murder and sentenced to life in prison on April 16, 1997 in part because he happened to drive an SUV which fit the description of the one witnesses said the bullets that killed Ms. Davis came from. It should also be noted that three days after the verdict was read, the jury foreman voiced his displeasure with the proceedings, saying he believed Flores was innocent.

The truth, or at least the exposure of lies by prosecutors, is now at the forefront of this case. Polk County District Court judge Don Nickerson vacated the murder conviction and granted Flores a new trial this week, based on several new pieces of evidence.

The vacating of the murder conviction is only right considering there was no physical evidence ever tying Flores to the murder. Des Moines Police also withheld from Flores’ original attorney a police report which contained potentially exculpatory evidence. The original trial judge also allowed this report from the Des Moines Register to be stricken from the court record, despite it is a public record. Judge Nickerson ruled this week that there is credible testimony which points to another man, Rafael Robinson, as the actual murderer. Robinson is now dead.

Mr. Flores and his family must now play the game, as the Polk County Attorney’s Office will do anything in their power to uphold the conviction, regardless of the facts. Under federal law, which is similar to Iowa rules of criminal procedure, once a conviction has been overturned, the defendant can file a motion for bail. That means Flores could be freed on bond within the next few months. Even if Polk County appeals the judge’s decision (which is inevitable), Flores should still be able to get bail, pending the appeal. The least likely scenario, because of the case’s age, is that Flores will have a new trial within the next couple months. Polk County will likely try and offer Flores some sort of time-served plea agreement and free him from prison if they fail on appeal. If that does not work, the persecutors will then be forced to drop the charges completely.

Many observers are blindly declaring Mr. Flores should be happy because of the events of the past couple days. But this man has already lived through 13 years of hell for a crime he obviously did not commit. Mr. Flores was convicted of a serious crime based on circumstantial evidence, which is further proof that the Eleventh Amendment (absolute immunity from civil or criminal liability for rogue prosecutors, judge, and cops) must be repealed. As long as prosecutors and judges know they will not have to take responsibility for their actions, no matter how egregious and malicious, Americans will continue to be put through this system of persecution and prison.

Regardless, props to Judge Nickerson for doing his part in upholding the U.S. Constitution. Waterloo (IA) lawyer Mary Kennedy and private investigator Anne Danaher, also deserve credit. They did much of the early research in this case, and also did much of the leg work in the cases of Terry Harrington and Curtis McGhee. Both men were released from an Iowa prison after 25 years for a crime they did not commit.

We’ll continue to update this story until Mr. Flores walks out of prison.