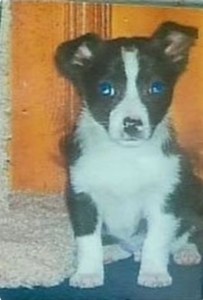 BLUE ASH, OH — We’ve covered several incidents of dogs being killed by police via cooking them in hot cars or just flat out shooting them. Euro-American media place dogs on the same level of importance as human life. This is demonstrated by their continual demonization of former Atlanta Falcons quarterback Michael Vick. But the outrage is already tempered when police thugs kill a five-pound dog because their “life was in danger.”

Scott and Sharon Bullock returned home from a funeral on June 5. Blood was splattered all over their front porch. Police left a note to call them “about their dog.” Blue Ash police said they were attacked by an uncontrollable, wild animal – a Chihuahua. Cop Roger Pohlman responded to a call about a woman being bitten on her ankle. He and cop Ken Johnson arrived at the scene. The dog allegedly bit and “latched onto” the hand of Johnson. The police said they had no choice but to Taser the tiny dog. Pohlman decided to finish the job by firing three shots at the dog, killing it instantly.

The dog’s owners apologized to the woman who was bitten. The woman said she feels terrible because all she wanted the police to do is capture the loose dog. The owners acknowledged some fault in that their dog got loose. But they believe the actions of the police were completely uncalled for and excessive. The family told WCPO Channel 9 that the police should have called SPCA (Society for the Prevention of Cruelty to Animals) to corral their dog. An online petition was started to have Pohlman removed from the force.

Police shoot, Taser and/or assault any living things. It’s part of their feral nature and training. Guns and Tasers are toys to them. Nothing good happens when American call police for help. Sadly, most people still have to learn the hard way.