Maybe cooked dog is a delicacy for police thugs in Arizona. This seems to happen a lot. Here is the story from ABC-15.

What is with Arizona cops killing dogs? Tempe cops simply shoot them (see below), while Chandler and Florence cops leave them in cars “accidentally” on 105-plus degree days. The latest one happened over the weekend. The deafening silence from PETA as a result of this “tragic dog killing” is/was fully expected.

Police shot and killed Mr. Mike Hasenei’s dog in Elkridge, MD on January 15. The police raided Mr. Hasenei’s house and said his Australian cattle dog charged them. They “had to shoot him,” according to the cops. No arrests were made as a result of the raid. And again, NO PETA!

The People for the Ethical Treatment of Animals (“PETA”) is on the verge of the impossible. They are about to pass Maricopa County Sheriff Joe Arpaio as the biggest primadonna, show boaters, and media hounds (pun intended) in the United States.

Many Americans had no idea who or what PETA was before their public lynching of Mr. Michael Vick. The former NFL quarterback was charged with “animal cruelty” back in 2007. Pitbulls are commonly considered monster, mean hip-hop dogs by Euro-American media. Most people who have never been around the dogs are scared to death of them. Many apartment complexes ban tenants from owning pit bulls and rottweilers. But white society made certain to victimize the pit bulls when it came to the corn-rowed, $130 million NFL quarterback.

PETA is AWOL after Tempe Police thug Whitney Jurjevich shot and killed Mr. Stan Rosenblatt’s dog in Upper Gwynedd, PA on January 16. The attack was completely unprovoked. PETA knows that attacking Jurjevich will not bring the same attention Mr. Vick has to them. But they continue the false bravado that nobody expect white people is buying. PETA selectively enforces their mission. Here is a quote, directly from PETA.org, regarding the rights of dogs:

Three dog killing cops that got away with it 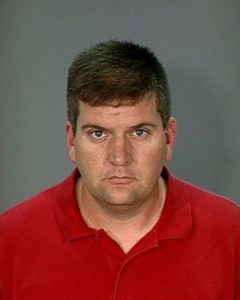 Chandler cop Tom Lovejoy left his dog Bandit in his patrol car for 13 hours back in August 2007. The dog was essentially cooked to death. Temperatures were well above 105 degrees that day. That means it was likely well over 150 degrees inside the car. Lovejoy and two other cops covered up the crime by cleaning the car with bleach and using taxpayer dollars to cremate the dog before an investigation could occur. Lovejoy was charged, but acquitted of all charges. PETA was no where to be found. 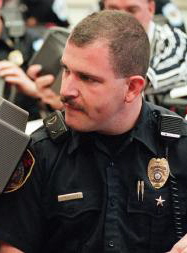 Acworth cop Curtis Endicott left his police dog, Marco, in a patrol car and “forgot about him” on September 3, 2007. It was 90-plus degrees that day. The dog was cooked to death. Ironically his cop buddies described Endicott as an “animal lover.” Endicott paid a $256.25 fine, and was allowed to keep his title and rank as shift commander. The most “severe” punishment was losing $10,000 in annual salary after being removed from the K-9 unit. PETA , again, was no where to be found. 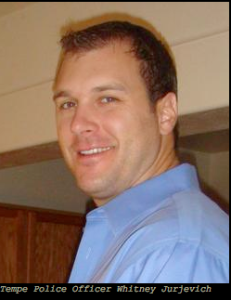 We covered the story of Tempe cop Whitney Jurjevich over the past few days. Jurjevich shot and killed Mr. Stan Rosenblatt’s dog, Bruce, on January 16. Jurjevich was off-duty and way out of his jurisdiction when he shot Mr. Rosenblatt’s dog. He also aimed the gun at Mr. Rosenblatt and threatened to kill him. Jurjevich and his father conjured up a tale for police, according to Rosenblatt. No charges were filed against the shooter. Of course, PETA was again AWOL.

PETA is an absolute disgrace of an organization. All of the people working there need their heads examined, as they’ve said Mr. Vick needs. They chop dogs and cats balls off to “control the pet population” and call that “humane.” You’d think they’d come up with some sort of birth control shot for animals instead. PETA says animals have the right to equal consideration of their interests. I’m no dog whisperer. But I doubt castration is high on the wish list of any species of animal.

PETA also ignores rodeos and condones the shooting and decapitation of deer and other animals by white people. The organization views cops as heroes and above the law. It make sense as a vast majority of PETA employees are Euro-American. PETA is too spineless and phony to actually take on real animal causes. This pattern of cops killing dogs and getting away with it doesn’t seem to register on their radar.

Mr. Rosenblatt lost what he considered a member of his family. But PETA is silent because it was a cop who killed the dog. They only care about TV cameras. Thug cops will always cover for one another whether they are part of the same department or not. PETA’s primary organizational concern is TV cameras. That’s the way of this world.