21-year-old David Rubio was charged with 12 counts of aggravated assault and misconduct involving weapons in December 2010 for pointing a gun at a school bus. He was sentenced to five years in prison this past April, according to court records.

James Paul Rossi was charged with two counts of aggravated assault after aiming his gun’s laser pointer at two women in Gilbert this past March. He was sentenced to 45 days in jail which he began serving on June 25, and will serve 2.5 years of probation thereafter. 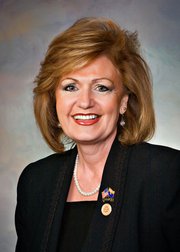 The ruling Republican Party in the Arizona State Legislature has shown its true colors and culture in 2011. First it was former State Senate majority Leader Scott Bundgaard, R-Peoria, punching his girlfriend several times back in February, and successfully playing the immunity card with Phoenix Police. State Senate President Russell Pearce (who’s also a woman beater), R-Mesa, is facing the first recall election in Arizona history after Mesa voters called him on his obsession with dehumanizing Mexicans. And now we have Lori Klein, R-Anthem, aiming a loaded firearm at a Latino American reporter’s chest last month inside the state Capitol building.

Klein, a 57-year-old freshman state senator, is also the lawmaker who passionately read a letter allegedly from a substitute school teacher, on the Arizona Senate floor. She said all “Hispanics”desire to be are gangsters and gang members.

Klein’s accounts of what happened the day of the assault have changed several times since the incident took place in early June. The fact remains that Klein recklessly aimed the laser pointer of her Raspberry .380 Ruger at a reporter for Gannett Newspapers. 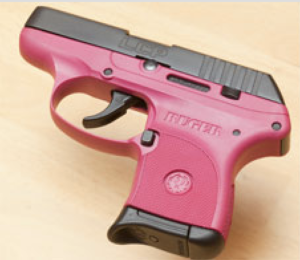 The reporter, Richard Ruelas, is either taking the high (acquiescent) road or simply following the orders of Gannett, in not pressing charges against the assailant. Klein is now telling anyone who will listen that she “inadvertently” aimed the gun at Ruelas (even though she admitted, on tape, that she did it deliberately) and that the chamber was empty (she tells the reporters the gun “was loaded,” on the same tape).

Pursuant to Arizona Revised Statute 13-1203(2) and 13-1204(2), a person commits aggravated assault if they “[I]ntentionally place another person in reasonable apprehension of imminent physical injury” while using “a deadly weapon or dangerous instrument.” Aggravated assault, pursuant to these sections, is a class 3 felony.

Felony charges should be forthcoming regardless of the foregoing outrage. Klein was convicted of drunken driving in the Dreamy Draw Justice Court in Paradise Valley, AZ (North Phoenix) back in August 2009. A charge of driving over 85 mph while drunk, were dropped. Klein was sentenced to three years probation which would make the end date August 2012 (unless it was shortened per ruling class privilege). Under Arizona law, you cannot carry a firearm while on probation or parole.

Arizona “authorities,” be it the Phoenix Police, Capitol Police, or DPS, need to exercise the statutory ministerial act of arresting Klein not only for violating probation, but for brandishing and aiming a loaded gun at someone whom she views as a “gangster.” Police in all precincts of the USA frequently file charges for domestic violence victims and others who fear pressing charges themselves, or are reluctant to do so.

The case of Klein’s aggravated assault will likely fall under the USA’s long tradition and double standard laws when it comes to the ruling Euro-American class. The aforementioned are allowed to point guns at anyone not part of said class (which includes all non-Europeans), but usually will leave it to their police to do the actual killing.

The following video is of gunman and Bucks County, Pennsylvania business owner Robert Olson brandishing and aiming a gun at two local activists, including a woman. The assailant Olson was not charged with aggravated assault.

As mentioned in the video, the same Bucks County District Attorney, David Heckler, charged the U.S. classified “black” Eddie Simmons with “terrorist threats” and “simple assault” for pulling a gun on someone in the same manner. 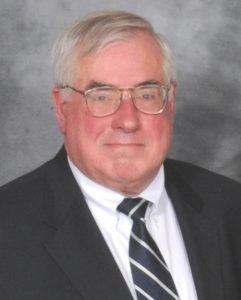 A case here in Arizona is even more egregious. Tempe gun store owner Steve Saridakis shot several rounds at an unarmed “black” Nathaniel Jones’ moving car back in 2008. Saridakis was not charged with any crimes.

Lori Klein needs to be in jail immediately or be secured on a hefty bond. She obviously not only has drinking problems (getting DUIs at the age of 55), but is so blinded by ruling class politics in Arizona that she believes she can brandish loaded firearms around people. Klein aimed her “cute” pink gun’s laser pointer right at a man’s chest…and then laughed about it. In Arizona, if you aim any laser at a cop (whether attached to a gun or not), it is a felony.

Arizona and/or the United States Department of Justice have the responsibility and the statutory obligation to take Klein into custody, remove her from office, and charge her with aggravated assault. Arizona and the rest of the country can hide its police behind “officer involved shootings” and “administrative duties” in protecting them from prosecution when they assault or murder Americans (that is until the revolution occurs here). Klein, however, is not a cop and the same immunity the aforementioned Scott Bundgaard used when he punched his girlfriend earlier this year, does not apply to Klein.

The Second Amendment is sacrosanct in protecting our right to bear arms and protecting ourselves against attackers and government tyranny. What Klein did is not protected by that amendment and is against Arizona law. If no charges are pressed against Klein, Arizona and the USA are telling its citizens, loud and clear, that government has ultimate power over their lives and are immune from all laws the citizens must abide by. And if that’s the case, especially during this 21st Century Great Depression when the rich are just as rich and the poor as poor as they were in the 1930s, the USA will soon resemble Egypt and Libya.