First, if you haven’t already seen it, watch the video of this feral pig, while several of his cop buddies watch, strike Mr. Shelley 27 times, which ultimately broke one of his legs and severely injured the other.

The incident happened that Thursday night at 8:30 p.m. when Mr. Shelley was being transported from a courthouse to the Kershaw County Jail, after being charged with traffic violations and marijuana possession. 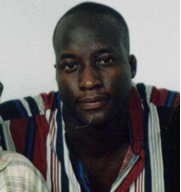 The police thug alleges that Mr. Shelley “threatened his family,” which he believes justified the savage beating. Tribble, 51, was fired the day after the assault. The other “deputy” in the video, who appears to shove Mr. Shelley closer to thug Tribble a couple of times as the victim tried to avoid the blows, was fired a few weeks later.

A federal grand jury indicted Tribble on one count of excessive force on Tuesday. U.S. Attorney Bill Nettles would not comment when asked if the other “deputy” involved, who’s name is still being protected, will also be charged.

Tribble remains free, as an arraignment date has not been set.