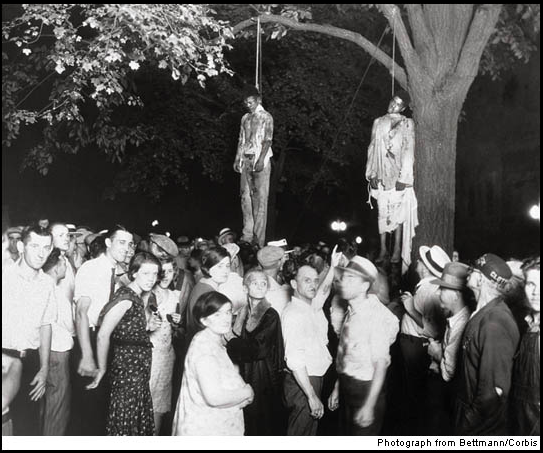 Let’s revisit some recent events in the United Police States of America.

Antavio Johnson is a 20-year-old Nubian (“black”) man from Lakeland, FL. He wrote and performed a rap song entitled “Kill Me A Cop.” He posted it Myspace and Youtube.

Americans learn about their First Amendment Rights in first grade. We can say whatever as long as nobody is physically hurt. The U.S. Supreme Court affirmed First Amendment protections in the 1969 Brandenburg v. Ohio decision. The court ruled, “the government cannot constitutionally punish abstract advocacy of force or law violation.”

The decision overturned the conviction of Clarence Brandenburg. He was a member of the U.S. terrorist group “KKK.” Brandenburg was convicted under Ohio’s Criminal Syndicalism statute. The Supreme Court struck down the law as unconstitutional. Brandenburg made public speeches that contained highly threatening language. He encouraged people to take “revengeance against niggers” in one speech.

The Bill of Rights means very little nowadays. It means virtually nothing if you are “black” in America. Court precedents and state laws were completely ignored in Mr. Johnson’s case. He was prosecuted for composing a song. Mr. Johnson was sentenced to two years in prison last month by a Florida court.

Mr. Andre Moore was sentenced to 23 months of house arrest in 2008. The Philadelphia posted a video on Youtube encouraging black people to protect themselves from police thugs.

Now let’s take a look at events happening right here in Arizona. Tempe preacher Steven L. Anderson made national news recently because he openly preaches that he “hates Barack Obama.” Anderson said in one sermon that he “pray[s] the President dies and goes to hell.”

State-run, Euro-American media make heroes out of anybody who encourages the killing of black people. They make a conscious effort to promote individuals like Anderson. Listen to how vastly different language and tone state-run media utilize for Anderson versus the Moore video above.

Anderson’s followers suggested President Obama “reach out” to Anderson. Perhaps invite him to the White House for a beer. Anderson would gain international, 15-minute icon status.

Anderson believes Obama should “know his place. ” Obama must play the MLK role of weak, passive, acquiescence, and forgiving to the hegemony like he already did for the cop in Massachusetts.

Huckabee works for Fox News, where Euro-American commentators or their coons, threaten the President daily.

Europeans will never allow black people here or abroad to defend themselves against hegemonic tyranny. U.S. government arrests and/or kills black people who even think about fighting back. But to white people, “blacks” are just “playing the race card. ” All the summary executions by police, biased media, and the “justice system” are figments of black people’s imaginations.

The Fourteenth Amendment is supposed to make us all equal Americans under the law. But everyone knows this is a phony concept. It’s meant to deceive black people into thinking they are actually real citizens. Mr. Antavio Johnson and Mr. Andre Moore are right. Nubian Americans need to arm themselves immediately and be ready to use their weapons at a moment’s notice. This country exterminates black people like insects in various ways.

Clifton Williams was jailed for yawning in court.

The United States rewards cops with paid vacations for killing black people. Meanwhile “blacks” killing each other is what the hegemony wants. They get off on it. U.S. government and Europe facilitated the Rwanda genocide. They also facilitate the Bloods and Crips in Los Angeles by placing liquors stores, guns, drugs and cops in black neighborhoods.

Wake up or die begging for your life

The other instance was in the 1980s when a white convicted murderer killed a black convicted murderer. Both were already serving life sentences in prison. On the flipside, thousands of black people have been put to death for even thinking about killing a white person.

Black people do white society a favor by killing one another. Diaspora African have rarely fought back against European imperialism. The Haitian Revolution, Nat Turner, John Horse, and Charles Deslonde led revolution against all odds. Black people don’t even have the guts to do that anymore. There’s comes a time that we must choose between dying on our knees or dying with dignity.

I hope its the latter.

3 thoughts on “Reality Check: “Whites” Killing “Blacks” Is Legal In The USA”