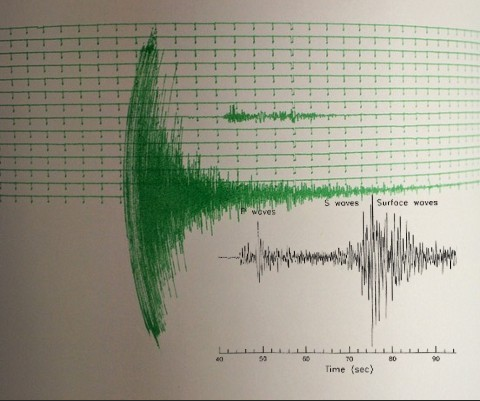 Seismograph from Washington and Lee University.

WASHINGTON, DC — The U.S. Congress, coincidentally or otherwise, was on recess when a magnitude 5.8 earthquake hit the east coast Tuesday. It shook the nation’s capital and freaked out residents who are unaccustomed to earthquakes. But what shook D.C. may not have been a naturally-occurring quake, according to a report on Presscore.ca. The most interesting quote from the story is as follows:

Granted earthquakes do occasionally hit the East Coast and Midwest.

But the D.C. “earthquake” this week looks nothing like a naturally-occurring tremor. It is a well-known fact that the U.S. military is and has been building not-so-secret-anymore tunnels and bases beneath the Earth’s surface for decades. Some of said bases are beneath the ocean floor.

This network of interconnected underground tunnels and bases is vast. It’s an obviously a copycat of Ho Chi Minh’s trails in Vietnam and Laos. The difference is that Ho and the Vietnamese dug and built their tunnels by hand. The U.S. cheats and uses machines. See below. There is speculation that these underground/undersea civilizations are for a select few people to seek refuge in the event of inevitable unrest and/or nuclear attack on the United States. These underground bases are self-contained. They do not need air from the surface and have the capability to grow crops and filter underground water for drinking. 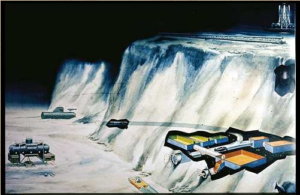 A U.S. Navy diagram of an underground civilization. 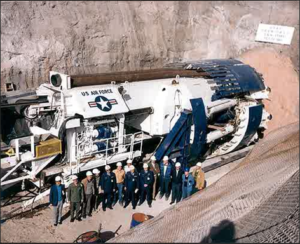 The tunnels are dug with a boring machine, pictured here.

Whatever the ruling class is doing beneath the surface on the East Coast will likely never be known. Underground nuclear tests produce radioactive materials that can vent to the surface and endanger residents. This “earthquake” coincidentally happened when the ruling class was on recess from Congress, thus not in Washington, D.C. It’s a bad look and further justifies speculation that this was pre-planned nuclear testing.

Anyone with the means should measure radioactivity levels around the D.C. area. Why the U.S. government needs all these secretive civilizations is up for debate. The fact this nuclear test already exposed thousands of Americans to elevated radiation, is not.