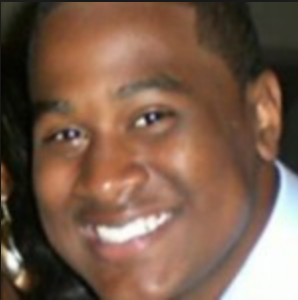 Pay attention: police thugs near you now have the power of prosecutor, judge, jury, and executioner. San Pablo, California Police thugs Ken White and Frank Perino, in a matter of minutes on Saturday, November 14, charged 16-year-old Leonard Bradley, Jr. with carjacking, sentenced the child to death, and executed him by firing squad. If only pedophiles like Debra Lafave and Mark Foley; and war criminals Karl Rove, Dick Cheney, and I. Lewis “Scooter” Libby, got this kind of swift, spontaneous justice.

The facts of the execution go like this. Bradley and three others were suspected of carjacking a couple. The four teens were then chased by police until they crashed the stolen vehicle. All of them got out of the car and ran, and the two police thugs, White and Perino, decided to chase the driver: Bradley. Though Bradley was unarmed, the San Pablo cops used the proverbial “he was reaching for a gun” speel, which gave them the green light to fire an unknown number of bullets at young Mr. Bradley, killing him instantly. Both police thugs White and Perino were rewarded with paid vacations.

Whether you want to call this a murder or an execution, the fact remains that, in American jurisprudence, only a murderer can receive a death sentence, and all American citizens are afforded the right to a public speedy trial by jury, the right to an attorney, the right to confront witnesses, and the right to due process of the laws when they are accused of a crime. The Euro-American cop-sucking community will contend, “this nigger deserved to die,” etc. (see comments on any Euro-American media message board). Using Euro-logic, then, police thugs Johannes Mehserle of Oakland/BART; Todd Waldron of Le Sueur County, MN; Tim Cox of Homer, LA; and Oda Poole and Stan North of Rockford, IL; just to name a few, should all be killed in the next 24 hours.

Leonard Bradley was a 16-year-old child who ALLEGEDLY committed a crime which he should have been charged as a minor and faced the appropriate justice. But the truth is, this U.S. Justice System, mainly the Civil Rights Act of 1964, are meant to make “black” Americans believe that this country’s judicial bodies are fair, balanced, and follow a Constitution.

The 1964 Civil Rights Act was enacted to stop so-called blacks from inevitably boiling over to the point of Civil War in the 1960s. Euro-American men who controlled the country back then (Senators, Congressmen, etc.) threw black people a bone, and gave them the “right” to sue cities, counties, and police who murder their family members. In other words, black people are supposed to let these Euro-American courts protect them from murder under color of state law, and not protect themselves by simply arming and being ready for these attacks by police.

Minister Malcolm X explains this phenomenon as it was taking place in the 1960s.

If you are “black,” whether you are a Muslim, a Christian, or a Buddhist, you will receive “black” justice in this country, be it execution by cops without a trial, being forced to sign plea deals for felonies even though the law has clearly contrived against you, or being imprisoned 25 years for possession of marijuana.

You must prepare to be called a “terrorist,” a “communist,” an “extremist,” and/or “unpatriotic” by Euro-Americans if you refuse to play the passive negro role by waiting for God, the Supreme Court, and NAACP to change your destiny. Leonard Bradley, Jr. was a minor who allegedly broke the law. He was never convicted of a crime, yet executed by the City of San Pablo anyway, for the alleged crime of carjacking. Only a fool would sit back and wait to see if these robotic police thugs are actually human beings who are not out to murder, assault, or rape you for whatever reasons.

Euro-American cop-suckers frequently justify police murdering American citizens by saying something like, “police are put in split second life-and-death situations” and “must act to protect themselves and the community.” It is clear that Nubian Americans (“blacks”) must also treat any and all encounters with these badged gangsters as split-second, life-and-death situations as well. How many more teenagers (or adults for that matter) will have to be killed for “black” people to open their eyes? Nubians will continue to be slaughtered under color of law until a nationalistic approach is adopted and accepted as the norm among the people.

Our thoughts are with the Bradley family