This just sickens me to no end. The truth of the matter is that the all-“white” jury would have convicted Ms. Ellis and sent her to prison for 15 years, regardless of all the facts and revelations below. So now she must play “good nigger” for Dunklin County Euros for a year.

The U.S. Supreme Court declared, in the 1935 case Berger vs. United States, that “the interest of the State in a criminal prosecution is not that it shall win a case, but that justice shall be done.” With all the due process violations, this case should have been dismissed for justice to be served. But we all know there is no due process in the USA for black people. Just a process, performed by said justice system and Euro-American media, which makes you appear crazy, unpatriotic, and “blaming whitey” if you point out the obvious about this justice system and this country.

but not to this blogger. As I figured we would all inevitably learn, the former prosecutor in this case, inbred Euro Steve Sokoloff, met with all the witnesses together on at least two occasions, which obviously violates Fourteenth Amendment procedural due process and will require dismissal of the case. We also learned that the Kennett Police thug, Albert Fisher, the one who was scared of a girl, testified he was kicked in the “shins and knees” by Ms. Ellis.

Of course when cross-examined, he of course had to admit he reported no injuries after the arrest and that the surveillance tapes from the Wal-Mart check out counter which the jury saw, could have been altered. Oh, and also, there is of course no video evidence of Ms. Ellis “assaulting” these piss-ant cops. Based on the 60-plus comments (as of right now) received on Operation Nation’s posting on Youtube of the Fox 13 Memphis report below, the European American community will be very upset (again) once justice is served here.

Watch a CNN report on the case. 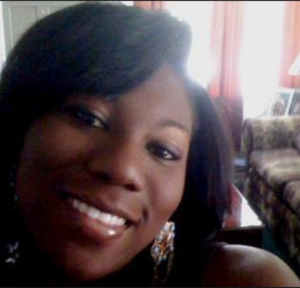 Young, beautiful, “black,” educated, and ambitious. The aforementioned adjectives collectively describe two not-so-very distinct types of American citizens: the type that goes on to become doctors, lawyers, engineers, professors, and Presidents; and the type that fits the perfect description inbred, Confederate Euro-American prosecutors and cops target for murder or complete destruction of their lives. As the late, great MC Trouble once said, “a white man’s worst fear is an educated black man.” In this case, however, she happens to be a woman.

The story of the young, beautiful Ms. Heather R. Ellis, of Kennett, MO, (and the story of Clifton Williams, of Richton Park, IL) should (but won’t) clearly articulate to hard-headed, inbred, Confederate Euro-Americans why Mr. Lovelle Mixon did what he did in Oakland, CA earlier this year and why Mr. Christopher John Monfort did what he did (that is IF he really did it) in Seattle, WA a couple weeks ago.

Ms. Ellis, 24, was on a semester break from Xavier University in Louisiana back on January 6, 2007, when she returned home to Kennett, MO to visit family. That night, she and her 15-year-old cousin went to Wal-Mart to get a few items. What happened from there is the reason the U.S. Justice System is no better than that of Iraq, Somalia, North Korea,or Russia.

Ms. Ellis and her cousin got in separate lines at the Walmart – which is notorious for having only four or five cashiers working with hundreds of people waiting in line – to see who got checked out first. When her cousin got to the front of the line, Ms. Ellis joined him with the few items she had. At this point, a store employee accused her of “cutting in line” and called police…?? Yes, for real. Even though “cutting in line” may be impolite (even though Ms. Ellis simply joined her cousin who was already in line), it is certainly not a crime…that is unless, of course, you are classified as “a black” in this country.

After inbred Kennett Police slammed Ms. Ellis’ head against a cop car several times and arrested her, she was then charged with resisting arrest, disturbing the peace, and of course, “assault on a police officer.” This all happened nearly three years ago, and Ms. Ellis is just now getting her opportunity to state her case in court, as trial is scheduled to begin Wednesday, November 18.

Basically this inbred Euro prosecutor Steve Sokoloff wants his name to be in the same category as the Reed Walters’ of Louisiana; Heather Wicht and Lynn Krabbe’s of Maricopa County, AZ; and Tom Sneeden of L.A. County, CA, among others. 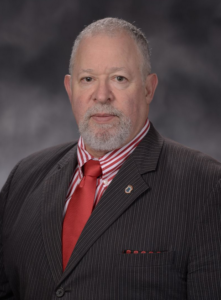 This alleged “prosecutor” figured he was doing Ms. Ellis a favor by offering her a “plea bargain” which she would plead guilty to misdemeanor charges. Once Ms. Ellis refused to sign said “plea,” and after the radical Christian terrorist group known as “KKK” threatened Ms. Ellis if she did not sign the “plea,” Sokoloff changed the charges from misdemeanors to felonies which Ms. Ellis could be sent to one of those U.S. Concentration Camps for 15 years.

Sokoloff, who has been rewarded for this persecution with his appointment to the Board of Directors of the National District Attorney’s Association, took himself off the case after his reward was given to him.

Several civil rights groups are planning to hold rallies in Kennett this morning to support Ms. Ellis, but really, should it even get to this point? In order for “a black” to have any chance at justice in his country, they either have to pay a $100,000 lawyer who can subsequently call on his/her friends who are either judges or prosecutors, to drop the charges. This pay-for-play justice system we have in this country is no better than third-world country justice.

I could have only wished for this kind of Euro-American media attention in my case that Ms. Ellis’ case is getting. Ms. Ellis’ case and likely millions of other Nubians are the reason the airwaves need to be equally divided so everyone has access to them. Ms. Ellis somehow got the train rolling for herself, as far as support and publicity, which she deserves credit for.

I would assume that once the facts come out, this young woman will be exonerated at trial, but that will not give her back the three years this U.S. “justice system” took from her life. Dunklin County and the city of Kennett may also end up paying her a six-figure settlement (trust me, it won’t be seven figures), but again, the real criminals (Kennett Police thugs and thug prosecutor Steve Sokoloff) will walk away from this without any repercussions.

We can only wish Ms. Ellis the best as she embarks on the impossible task of “justice” in this European court system which the USA views her simply as “a black” and not as a young woman. Operation Nation will try and keep you up to date on this.