Fox News commentator Bill O’Reilly can say on his radio show, “if al-Qaeda wants to blow up San Francisco, go right ahead.” Texas governor Rick Perry can say “we (Texas) may secede from the union.” Euro-American male police can murder unarmed men and receive “quasi-judicial immunity” from any sort of liability, after of course, getting a paid vacation (paid administrative leave). GOP leader Rush Limbaugh can get caught several times with illegal drugs, and not get sent to prison.

The point to all this…Narseal Bastiste, 35; Patrick Abraham, 29; Stanley Grant Phanor, 33; Rothschild Augustine, 25; and Burson Augustine, 24; all are now facing 30-70 additional years in prison, after being found guilty of “terrorism” in federal court this week. This after they already had been held in a U.S. prison in Miami for over two years through two mistrials on the same charges. One of the young men, Naudimar Herrera, was acquitted of all charges. 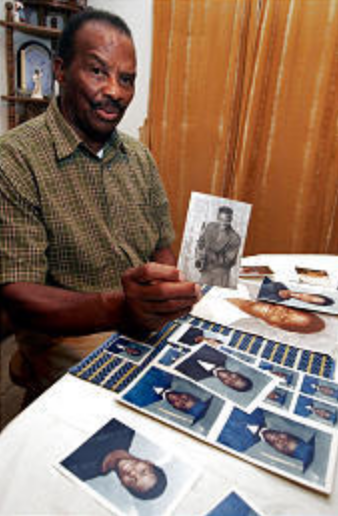 The prosecution presented zero new evidence at this third trial and the only difference between this one and the first two was that the prosecution apparently got a favorable jury. Bastiste, facing the most severe punishment for these manufactured crimes, was painted as a monster who wanted to destroy the USA by the prosecution. Wouldn’t a state seceding from the union be “destroying the USA,” as Texas governor Perry wants? Wouldn’t “blowing up the Coit Tower in San Francisco” be destroying the USA, as Bill O’Reilly wants?

Bastiste and the other men were leaders of a religious group in their neighborhood, and aimed to do good for their community. The FBI, under G.W. Bush-league, sent a paid informant down to the young men’s neighborhood in 2006, and ordered him to pose as an al-Qaeda recruiter. The informant, at some point, said he had $50,000 to give the men to help grow their organization. Batiste simply wanted the money and nothing else from this government informant, but the informant made them “pledge allegiance to al-Qaeda” before he would give them the money. As a result, Batiste and the other men were charged with terrorism and have sat in a Confederate prison since.

Entrapment is the act of a law enforcement agent inducing a person to commit an illegal offense when the person would have otherwise not done so. Several U.S. Supreme Court cases, including Sorrells vs. United States, have allowed the entrapment defense if “the government employed means of persuasion or inducement creating a substantial risk that the person tempted will engage in the conduct.” The George Bush FBI, desperate to create some sort of perceived domestic terrorism threat after it was made clear Iraq never had any nuclear weapons and thus Bush-league basically sent U.S. troops in harms way for his own personal reasons, dangled $50,000 in the face of these men who were all either unemployed or making close to minimum wage. If this is not entrapment, I don’t know what is.

The men’s defense team will have to exhaust the Circuit Court remedies before petitioning for certiori to the Supreme Court. And this also means these men will likely spend several more years in prison. But of course, the U.S. Justice System believes jail is a right of passage for “blacks” and the obvious facts of this case mean nothing. I may be able to understand the persecution of these men if O’Reilly and Perry are arrested for their terrorism and sedition crimes, respectively. They are, of course European American males and rich, thus have “Euro-male immunity” from any sort of liability for their actions.

I want all of these men to know that most rational, non-inbred people know this was a clear case of entrapment and that you guys are being railroaded. I know I’m not the one going through it and I don’t want to imagine the conditions in that Confederate prison, but please hang in there. This system is meant to break you and turn you into a monster, especially when you know you’re innocent of the crimes they are trying to convict you of. This is the United States and you are all not only “blacks” but some of you Haitian immigrants, which gives you little chance at justice in these courts. Hopefully someday we can all barbeque some buffalo wings together when you’re all acquitted after certiori.