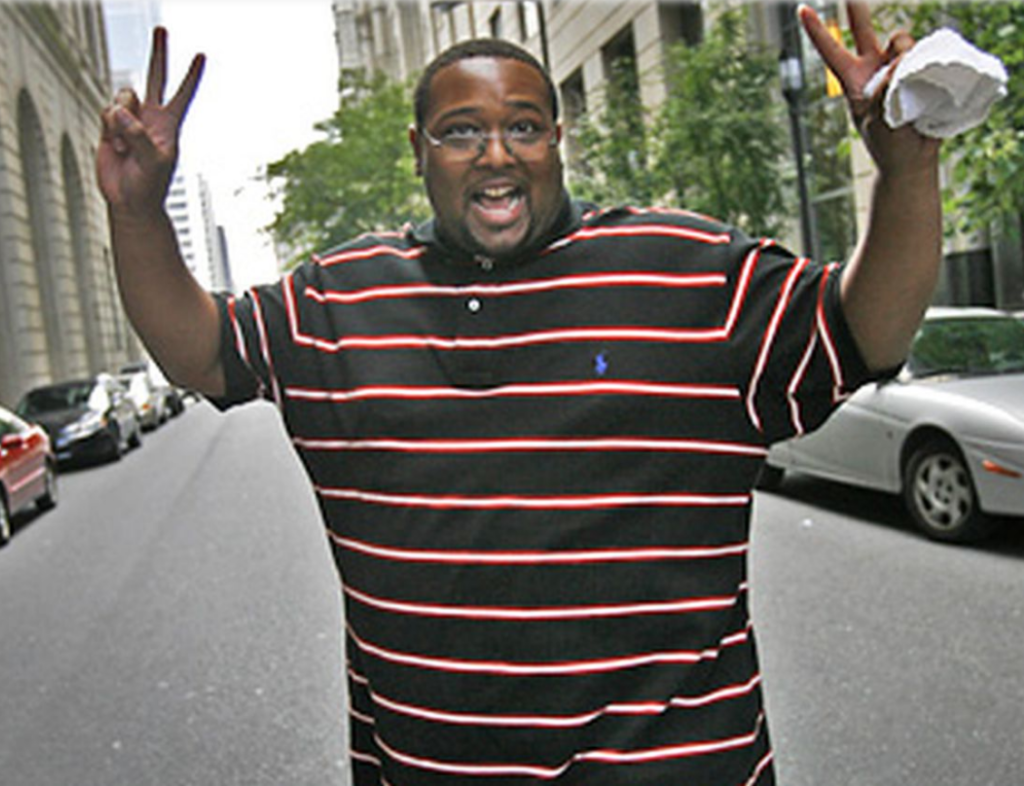 Mr. Brian Hall celebrates after being acquitted of all charges. Photo by Alejandro A. Alvarez/Philadelphia Daily News.

PHILADELPHIA, PA — The brutal attack Mr. Brian Hall, Mr. Pete Hopkins, and Mr. Dwayne Dyches endured on May 5, 2008, at the hands of Philadelphia police thugs, was only the beginning of a 13-month blatant deprivation of their alleged rights to life and liberty in the United Police States of America. For those who haven’t seen this disgusting display of feral cops acting like wild animals, here’s the raw video.

To add serious insult to obvious injury, all three men were subsequently charged with attempted murder and several other felonies in connection with a shooting that had taken place in Feltonville, PA that day. Philadelphia Police tried to pin any and all charges they could on these three men to justify the brutal attack. But a jury, on July 1, found all three men not guilty of all charges. Mr. Hopkins and Mr. Dyches spent more than a year in jail waiting for this trial to happen. Mr. Hall had been free on bail since a few days after the terrorist cops attacked them.

Not surprisingly, only four of the 19 police thugs involved in the attack on these men were fired; while fouyr others received “disciplinary action.” The rest got off scot-free. And of course, none of the assailants have been charged with any crimes, and are unlikely to ever face real justice.

The jury deliberated for a little over four hours before acquitting all three victims. Jurors acknowledged that the tape, which was played several times during the trial, had no influence on their decisions. They said inconsistencies in the cops’ testimony (i.e. the lies the cops were telling) ultimately made the decision pretty easy. A 19-year-old female juror said there was simply no evidence tying the men to the crimes being alleged. Charles Dyches, the brother of Dwayne, said he is now worried for his brother’s life since Philadelphia cops are likely to take revenge on him now that he is a free man.

The question now is, how do these young men re-build their lives and get back the year of liberty the U.S. justice system stole from them. I’m sure civil suits are in order, but there has to come a point when these police thugs are treated like everyone else in this criminal justice farce in the USA.

Mr. Hall simply wanted to know why these police thugs did this to him, when asked by Fox 29 reporters. He said getting a job is impossible now and the publicity from this obviously malicious, malevolent incident has completely destroyed his and the other men’s reputations.

Philadelphia police, of course, will continue to maintain they did nothing wrong. Regardless, happy healing to the three young brothers. Karma is on your side.