TEMPEPOLICECLOSET.COM, INDEFINITELY OR OTHERWISE, IS NO LONGER ONLINE. DID TOM RYFF HAVE THE SIGHT SHUT DOWN? NO WORRIES!

THE OP-NAT EYE PRESERVED MOST OF THE WEBSITE’S CONTENT, INCLUDING MOST OF THE DISCUSSION BOARD. THE FIRST TWO COMMENTS EVER LEFT ON THE SITE TELL ALL YOU NEED TO KNOW ABOUT ITS IMPORTANCE. 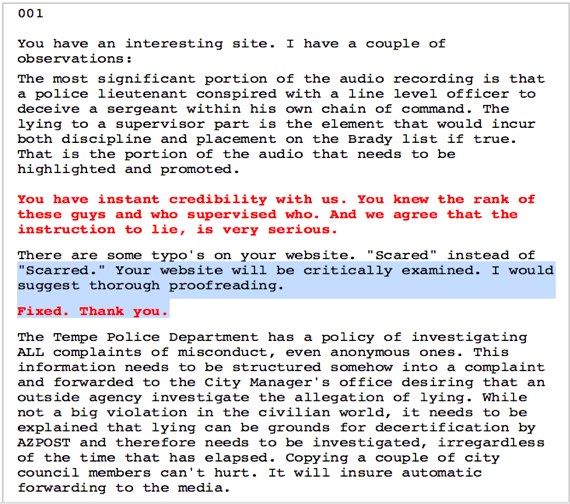 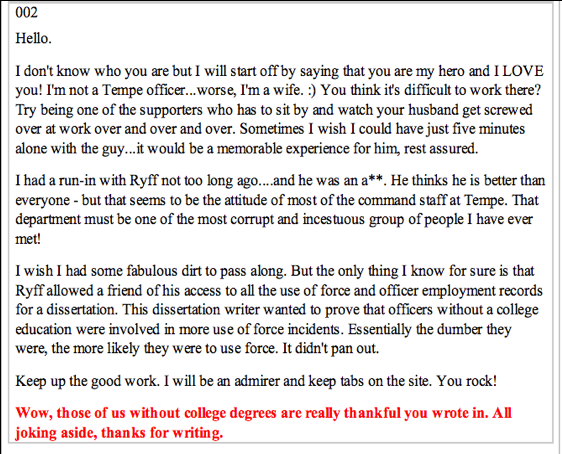 We assume Tempe Police Chief Tom Ryff is trying his best to bury all remnants of his indiscretions as Lieutenant and now Chief of the Tempe Police. Tempepolicecloset.com was a forum of former and current Tempe City employees; some disgruntled, some very pro-Ryff/Mayor Hugh Hallman. It’s revealing nonetheless.

It appears Ryff has hired an SEO engineer or has some 14-year-old kid setting up all kinds of web presences for him, including tomryff.com (now defunct); Tom Ryff On Twitter; Tom Ryff on Facebook; and Tom Ryff on LinkedIn. It’s unclear if this is because Ryff desires a higher political position, or because he is simply trying to cover his indiscretions and possible criminal acts from being further disseminated.

The domain tempepolicecloset.net was obviously purchased by or on behalf of Ryff, on January 9, 2011. That same week, Ryff joined the aforementioned Facebook, Twitter, et al, based on the dates of his first comments on each. Tempepolicecloset.net takes you to a website which “warns”:

I have been working to lock down the online identities of various clients in order to protect them from web terrorism, and on-line cyber harassment. I believe it’s wrong for people to engage in clandestine schemes directed towards individuals…The entire scope of this project unfortunately cannot be discussed for security purposes, however will involve many phases.

UPDATE: we purchased TempePoliceCloset.net after it expired and re-posted all the content from the old .com

This juvenile attempt to discredit the work of Tempepolicecloset.com is comical, and frankly, desperate. The tapes of Chief Ryff encouraging his subordinate officers to lie on their time cards and to lie to their commanding officers; and of Ryff (who is married) arranging meetings with strippers are well-preserved and easily accessible.

The story of Tempe resident Eleanor Holguin tells you the depths Ryff will sink to in order to flex his candyland muscle. Ms. Holguin’s home was designated a “hazard” by Tempe Police – a label which alerts police that the home’s occupants may be “hostile” – after she complained to the city about the tapes of Ryff encouraging his officers to lie and of Ryff making plans to meet strippers on taxpayer dollars. Holguin told Ryff, via email, he needs to resign, and the “hazard” designation was “pay back” for her doing so, she said.

The story of Ms. Latisha Morrow is even scarier. 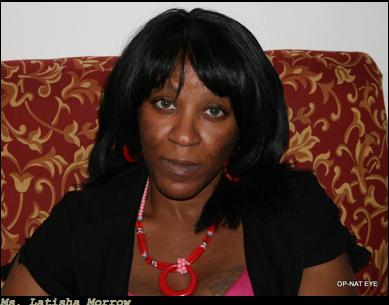 The plea agreement had stipulated Ms. Morrow would serve a term of probation for possession of a narcotic, with no prior criminal history. “They crossed it out with a pen after I signed it, and wrote in mandatory D.O.C.,” Ms. Morrow said when we interviewed her in February. Cuccia crossed out “probation” and wrote in “D.O.C.” on the plea agreement, after Ms. Morrow had already signed. Maricopa County Commissioner M. Scott McCoy accepted the altered plea and sent Ms. Morrow to prison. This practice of altering signed plea agreements by Maricopa County prosecutors, judges and public defenders apparently happens quite frequently.

Ms. Morrow is a veteran of the U.S. military, and had no prior criminal record before this happened to her. The case is simple: Ms. Morrow went to jail on charges that HER SISTER tried to sell someone FLOUR (or some other fake-cocaine look-alike). She said she had no choice but to sign the plea, as Cuccia threatened ten years in prison; to which Morrow said, “I didn’t want to be away from my children any longer than I had too,” Morrow said.

Ms. Morrow was released from the Arizona Gulag System sometime in February 2009, which is when Ryff and his Tempe Police goons decided they wanted to go ‘coonhunting’. 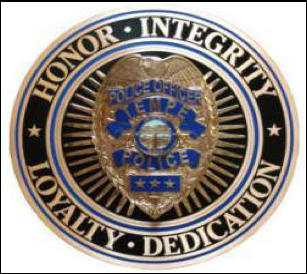 Ms. Morrow was the passenger in a car with herself and two other “black” women. The ladies were driving north on 48th Street, between Baseline and Southern, right along the Tempe/Phoenix border. The “driving while black” stop would occur when Tempe cop Patrick Shearan, by his own admission according to the police report, said the women were driving 50 in a 55 zone, thus were “impeding the flow of traffic.” Further, by Shearan’s own admission, he pulled the women over on the 4350 block of McDowell Road, which is well into east Phoenix. In other words, in a state full of slow-driving retirees, these women were pulled over for going 5 miles BELOW the speed limit; and out of the jurisdiction of the arresting “officer.”

“Officer” Shearan seemed to realize he had falsely arrested Ms. Morrow and the others out of jurisdiction; as he continually changed the location which this stop occurred throughout the police report. Shearan proceeded to search the women’s car and found a bottle of prescription medication which belonged to a pastor Ms. Morrow was staying with during the “parole.” Though the cop spoke to the pastor, and the Ministry in which he is affiliated wrote a letter  on Ms. Morrow’s behalf later, Shearan proceeded to drive Ms. Morrow to the Arizona Department of Corrections and dropped her off there. The prison (not jail…the PRISON) held her for the next 10 weeks. Maricopa County says she was held to serve the rest of her parole in prison.

The Tempe Police did not press charges until Ms. Morrow was released from the gulag. Despite the false arrest (out of jurisdiction; no probable cause) and the obvious “driving while black” arrest (which is a viable defense, pursuant to the Arizona Supreme Court’s 2005 decision in Jones v. Sterling), Maricopa County judge Marvin Davis sentenced Ms. Morrow to more probation and fines on September 13, 2010.

Ms. Morrow was growing sick of the harassment by Tempe Police and the entirety of malice by them and Maricopa County. She gathered virtually every document she had accumulated throughout this nearly four  year ordeal and filed a post-conviction petition in Maricopa County court last July. Ms. Morrow enlisted the help of Mr. Terry McClellan, a friend of the family. While Morrow and McClellan researched the case, she recalled “Officer” Shearan of Tempe taping the interrogation of her when she was arrested.

Mr. McClellan requested a copy of the tape, he said, from “Jackie, the property lady” for Tempe Police. It was discovered that “Officer” Shearan kept the tape and never booked it into evidence. Shearan called McClellan and personally told him he would supply a copy of the tape, but never did.

Mr. McClellan then wrote a letter to Chief Ryff, requesting his intervention because he was getting the runaround from Shearan. Police must reveal any evidence which is potentially exculpatory to a defendant or petitioner. According to Mr. McClellan, soon thereafter, Tempe Police began camping outside of his home until they ultimately pinned marijuana charges on him in October of last year. McClellan said Ryff tried to make him out to be “crazy” and warned him: “don’t try and help these people.” Mr. McClellan is “white.”

The Maricopa County court record indicates the judicial proceedings for Mr. McClellan are on hold, pending the results of a Rule 11 evaluation (competency to stand trial). Psychologists have been assigned by the Court to determine if Mr. McClellan is crazy…basically. My interviews and talks with him gave me the impression he was scared of what might happen to him for helping Ms. Morrow. He said when he wrote the letter to Ryff, he specifically referred to Ryff as “Chief” because he remembered “Jimmy Olson and Steve Reeves” from the 1950s Superman TV series. The guy is simply an American who truly believed going to the chief of police in Tempe would get due process moving in the right direction; and maybe reprimand Shearan for the Brady violation. Instead, Mr. McClellan is now facing felony charges.

Ryff could have and should have simply supplied the requested information to Mr. McClellan. But Tom Ryff is nothing more than a Tempe High School boy, who’s now the Tempe Police Chief. The tapes of Ryff speak to his integrity, character and level of maturity. Ryff has no dignity and continues to act as police chief of a large suburban city with a major research and sports university in it; which he obviously is not equipped to handle.

Ryff needs to resign immediately and Attorney General Tom Horne needs to investigate all the allegations of improper spending of tax dollars. “Teflon Tom,” as the people on Tempepolicecloset called him, is true to his name. This guy, and his good ‘ol boy network show no shame, and this little internet campaign to hide Ryff’s true self will not work.

Check back later today for the link to the Discussion Board of Tempepolicecloset.com.