IS THIS “THE OTHER WOMAN” FOR TEMPE POLICE CHIEF TOM RYFF? 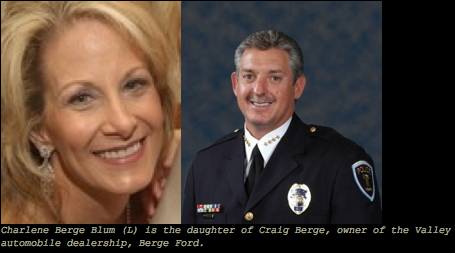 She is according to tempepolicecloset.com. The website, ran by former and current City of Tempe employees, says Ryff and Mrs. Charlene Berge-Blum had a “longtime, recent…inappropriate relationship.” Ryff has also told friends that he can “help them get a good deal” on cars at Berge Ford in Mesa, according to the website. But the most scandalous part of this alleged affair is Ryff yelling, “I’m not f***ing my wife,” while talking on the phone with Berge-Blum in his police department office. 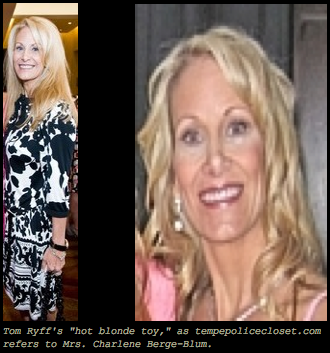 This information has been on tempepolicecloset for several months. But once again, “Teflon Tom” Ryff does not face any pressure from the public or media to resign. South Carolina Governor Mark Sanford and Nevada Senator John Ensign both resigned after their affairs. Let’s also not forget the infamous President Bill Clinton “lie” which made Kenneth Starr,well, a “star.”

Does Ryff really have complete control of not only the entire City of Tempe government, but also the greater Phoenix “mainstream” media (except for CBS 5)?