The screenshot from their municipal website says it all; as plain as day. Police departments, most notably that of Washington, Missouri – a town of about 14,000 in the East-Central part of the State, were founded on the philosophy:

“TO CATCH STRAYING OR RUNAWAY SLAVES”

Human beings all around the globe follow very old traditions with an uncanny devotion (see Christianity, Islam, Zoroaster, etc.). It is no surprise that the NYPD (1844) and Boston PD (1838) were founded around the same time and obviously around the same principles, as the Washington (MO) PD. It does not matter that New York State “ended slavery” in 1827. A “slave” = “a nigger” = “a black” in the USA. The U.S. Supreme Court ruled in the Dred Scott v. Sanford decision of 1857 that “all blacks [slaves as well as free] were not and never could become citizens of the USA.”

White males in the mid-1800s through today join these organizations known as “police” to gain access to their historical custom; their federally-mandated privilege to capture and/or kill the “slaves” of this country. Though the Thirteenth and Fourteenth Amendments, and several Acts of Congress say otherwise, diaspora West Africans will always will be considered slaves by this country. This is evident by the fact police are rewarded with paid vacations when they murder black people and other American citizens. Cops are worshiped like gods and viewed as “heroes” by a good majority of the European American community when they execute these deeds. 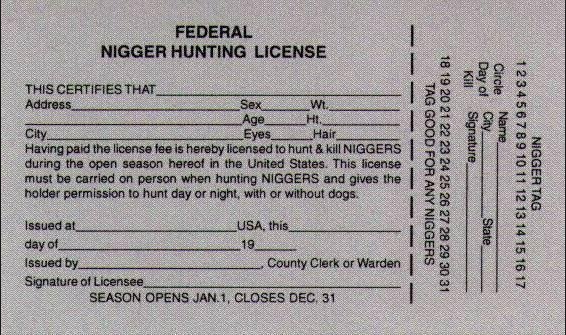 White America today denies these were really issued through the 1920s. 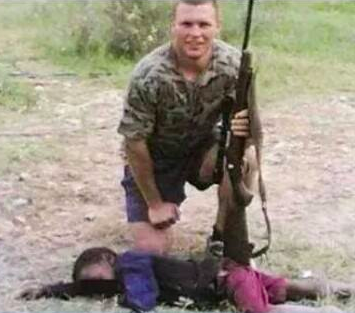 White America and Europe today also deny the validity of this photo taken in the Congo. However its been ran through all Photoshop tests and determined to be authentic.

Earth is the Biblical Hell that black people have been conditioned to believe by imperial missionaries that they’ll go to if they do not worship and fear unconditionally a white Jesus and the corresponding white people on this planet for the entirety of their existence on this planet. The price of freedom is death, as Brother Minister Malcolm X said. But death is not the end for those who understand and accept what this planet is; and why you’re here.