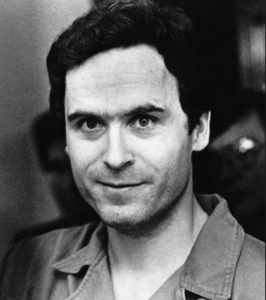 If you read some of the “mainstream” accounts of Ted Bundy, you would think rapist/murderer/Republican Ted Bundy was some sort of Heisman Trophy winning American sports hero, or a young, up-and-coming politician ready to run for President.

The first sentence in an article on About.com regarding Bundy reads, “He was attractive, smart, and had a future in politics” (Note: this article now redirects to Thoughtco.com and doesn’t start fawning over Bundy until a little later in the article). Time magazine, in its online “Top 25 Crimes of the Century,” says Ted Bundy “was handsome and cultured and charming.”

And who can forget the Dade County (FL) judge Edward D. Cowart, who sentenced Bundy to death for the January 15, 1978 bludgeoning murders and/or rapes of four Florida State University Chi Omega sorority members and another female FSU student. Judge Cowart, after reading Bundy’s death sentence and with 40 million American homes tuning into the broadcast, made his now infamous comments to Bundy:

Bundy ultimately confessed to killing at least 30 women (though many believe the number exceeds 100) from 1974 to 1978 in seven states, including Utah, Idaho, Colorado, Florida, and Washington State. He raped many more.

He then raped and murdered Laura Aime, Debby Kent, Melissa Smith, and Nancy Wilcox in Salt Lake City while he was law school. Caryn Campbell (Aspen, Colorado) was next, then Julie Ann Cunningham, Lynette Dawn Culver, Susan Curtis, and Denise Lynn Oliverson. Carol DaRonch would have been a victim but she escaped. Bundy was convicted for the kidnapping of Daronch and sentenced to one to 15 years in Utah State Prison.

While there he was extradited to Colorado to face the murder charges related to Campbell. Bundy somehow escaped prison twice and fled to Florida. That’s where he murdered Margaret Bowman and Lisa Levy at a Florida State University sorority house. He also attacked Karen Chandler, Kathy Kleiner, and Cheryl Ann Thomas. They all survived. His final known victim was 12-year-old Kimberly Leach of Lake City, Florida.

Bundy spent 10 years on death row until his execution via electric chair in Raiford, Florida on January 24, 1989.

The Seattle-King County area of Washington is notorious for producing mass murderers who particularly target women, most notably Bundy and Gary Ridgway (aka “The Green River Killer”). Ridgway, who has an IQ of 82 and wet his bed until he was 13-years-old, was somehow spared the death penalty after raping and murdering anywhere from 48-90 women in King County between 1982-1998. 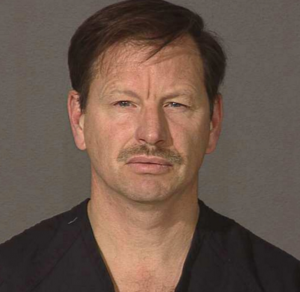 Bundy is a prime example of how Euro-American media, the Euro-American male-dominated Republican Party, and U.S. law enforcement view harming women as noble, courageous, and admirable.

Bundy was very well-liked and well connected among Republicans. If he could have kept his murders and rapes hidden behind “color of law” and/or money as most American police and politicians do, he likely would have been a Senator or Presidential Candidate for the Republican Party.

Rise of a serial rapist

Bundy began his political career at the age of 22. He was in charge of Republican Presidential candidate Nelson Rockefeller’s Seattle campaign office in 1968. Bundy attended the Republican Convention in Miami that year as a Rockefeller supporter. He began working for three-term Washington governor Daniel J. Evans, a Republican who also served in the United States Senate  between 1983 and 1989. 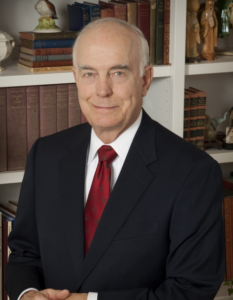 Evans and Bundy were so close that Evans wrote a letter of recommendation to the University of Utah’s law school on Bundy’s behalf. Bundy, already a well-established Republican in Washington State, peaked in 1973 when he became assistant to Ross Davis, the state’s party chairman. Davis once remarked about Bundy, “he was everything you looked for in an assistant. He had a good analytical mind, and he worked well with people.”

The most disturbing part of Bundy’s political career was when then-Governor Evans appointed him assistant director of the Seattle Crime Prevention Advisory Committee. Though details of Bundy’s short tenure at this position are scant, the nature of the position is in its name. Bundy, who wrote a rape prevention pamphlet during this time, worked with and advised Seattle Police on policy and other administrative issues.

Ann Rule authored the book A Stranger Beside Me. She said Bundy was an advocate of Seattle’s hitchhiking laws that made “thumbing a ride” legal. Bundy never took advantage of this law in Seattle to rape anyone, at least not on record. But he did pick up a female hitchhiker in Idaho on September 2, 1974. He raped, sodomized, and strangled her to death. The victim’s remains were never found and she was thus never identified. Bundy ultimately quit his assistant director position with Seattle Police because he was not promoted to head the committee.

King County, Washington law enforcement is “unique” in a very demented way. Most U.S. cop organizations satisfy their murder and assault fetishes by attacking black people (mostly men).  Seattle and King County cops rape and murder women more than any police department we have researched. Granted they are not alone though.

Operation-Nation covered the Creston, Iowa Police Rape Trial. We tried bringing more attention to the Hope Steffey, Angela Garbarino, and Heidi Gill assaults/rapes by police in Ohio and Louisiana. Of course we also covered the assault of 15-year-old Malika Calhoun by King County police thug Paul Schene.  The state of Ohio seems to have its fair share of rapist, misogynistic cops too. The city of Seattle alone makes that whole state look tame though.

King County has undoubtedly taken the lead in a disgusting, disturbing phenomenon happening in the United States. There are more and more men throughout the USA who would rather have sex with other men and/or children. Men’s innate role as protector for their children and wives seems to be dissipating into oblivion in this current society. Seattle-area police, who once-upon-a-time were advised by mass rapist/murderer Bundy, do not punish this animal-like behavior at the government level. The rape of women and children is not only seemingly encouraged by men in power in King County, but is accepted as normal.

Republicans and Democrats alike have always been cop-apologists and would never remotely chastise one of their hero cops for murdering and/or raping yet another American citizen. But the facts remain that King County-area and Washington state government officials absolutely loved Bundy. Republicans viewed him as the future of their party. Washington state government also loved Bundy as a police policy maker. That’s why its no coincidence that serial killers are ever-present in King County and commit their crimes for years without any sort of punishment or even investigations.

Women should be frightened and armed in King County

American women have always had to fight for inalienable rights in this country; always had to ask white males for permission to have rights. White males control all mass media in the USA and that is the reason these serial rapists continue having platforms, if you will. The “mainstream” media in this country make the Ted Bundy’s, the Confederate sympathizers, and thug cops, etc. out to be heroes, because they primarily target women and people of color. But it appears since 9/11, European American men have increasingly become just as disposable to the imperial oligarchs as women and “blacks.” But the cop worshiping community will gladly sacrifice a few of their brothers to continue allowing cops free reign to murder, rape, and manipulate black people and women.

There’s no telling how many women in King County have already been murdered and how many will be murdered by police and other serial killers in the coming years. Ted Bundy would be proud of his Republican and police pupils of the Northwest today. The sad truth is, the U.S. government and media are also proud.

The first white man that I know of to be killed by police in 2009 was Brett Elder. Of course no charges were filed against the police thugs.

A healthy majority of white Americans sadly believe Elder, Heilman, and  Stogner all deserved to die. They worship cops like gods and their gods can do no wrong. That is the problem with America in a nutshell, and one of the primary reasons Bundy was able to rape and murder as many women as he did over the course of a decade.