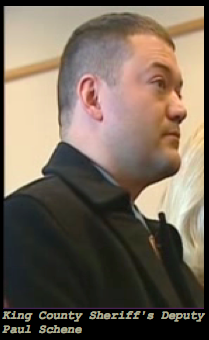 Of course, the thug is on the usual “paid administrative leave,” the penalty all thug cops get for murder and malicious attacks like this. Though its pretty scary this animal can attack a 15-year-old girl for calling him “fat” and lightly kicking her shoe at him (which the thug said “injured him”), Schene has also been involved in two shootings since 2002, and wrecked his patrol car last December.

All this, and the thug, again, is on “paid administrative leave,” and will likely get another slap-on-the-hand punishment and keep his job. This young girl, who apparently took her mom’s car for a joyride, was charged not only with car theft, but “assault on a police officer,” similar to the Dymond Larae Milburn attack by thug Galveston, Texas cops when she was 12 years old girl.

Operation-Nation will be following the trial of the criminal cop to its very end, which will likely be acquittal of all charges.