UPDATE May 15, 2019: Seems police thugs who escape prison for their criminal thuggery and cannot find other cop jobs to continue being feral pigs, move on to real estate careers.

Derek Colling, the Las Vegas police thug who murdered 15-year-old Tanner Chamberlain back on September 29, 2009, not only got another cop job in Wyoming and KILLED ANOTHER PERSON last year, but also works in real estate.

This POS Rozacky escape accountability for breaking into a woman’s house and assaulting her. Now this thug is apparently a real estate agent and, perhaps, showing women potential homes for sale alone, placing them in imminent danger. His LinkedIn profile says “Security Consultant,” with no mention of ever being a San Antonio cop. Apparently he;’s trying to bury his past as a feral pig.

Police thugs will always have jobs in the copsucking capital of the universe known as “USA” whether they rape, murder, torture kids, or whatever.

Jason Rozacky, 36, could be the 10th San Antonio cop fired this year for misconduct.

SAN ANTONIO — Whether this fool is lobbying for the Sap of the Month award or is just plain pathetic, either way, he should be calling a prison cell home for the next few years. He should also never wear a badge again.

Just like all thug cops, San Antonio’s Jason Rozacky believed nobody can tell him what to do or dictate anything he does, even if it’s an ex-girlfriend who no longer wants his sorry ass. The incident occurred on August 20, when Rozacky refused to take “no” for an answer. His ex-girlfriend, Melissa Turner, who is a San Antonio airport cop, did not want to see him that night and had another guy over at her house instead (rumor has it the other guy is also a San Antonio cop). According to a report from KENS 5 in San Antonio, Rozacky sent 10-15 text messages to Turner that night and called her several more times in a creepy, pathetic attempt to win back a woman who clearly had no interest in him. But this was only the beginning.

Around 10 p.m., Rozacky showed up at Turner’s home and began banging on the door, shining a flashlight into her windows, and begging her to come talk to him for over an hour. Rozacky then obtained a key Turner hid outside for her son and entered her home. Turner grabbed her pistol, pointed it at Rozacky, and told him to get out. This did not deter Rozacky, as he charged at the victim and wrestled with her for a few seconds before her cell phone rang and scared him off. Rozacky was arrested last Wednesday and charged with burglary with intent to assault. He was released on $20,000 bond. Of course, Rozacky is now on paid vacation (aka “paid administrative leave”) as well.

Rozacky isn’t alone as far as San Antonio thug cops who feel they can manipulate women in any way they choose. 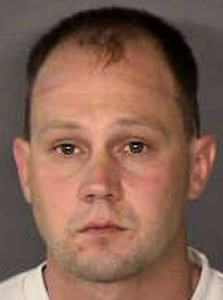 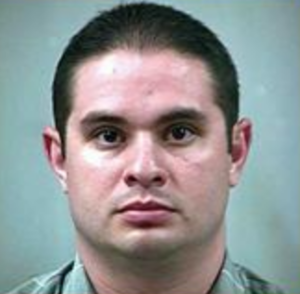 Gregory V. Mickel, 31, was arrested in July after he sexually assaulted a woman in the back seat of his patrol car on June 26. Patrick Muriel was arrested back in February on charges of indecent exposure, after dropping his pants in front of two University of Texas-San Antonio female students. Mickel and Muriel were also awarded with paid vacations before being fired (actually, “suspended indefinitely”).

Ms. Turner gets the benefit of the doubt, even though she should have shot this Rozacky character dead the moment she realized he broke into her house. There is an obvious problem in San Antonio (and in thousands of other police departments across the country) with thug cops thinking they are above the law and can do anything they want to do.

Keep in mind, these are only the “reported” incidents of rape, assault, and exposure to female citizens of San Antonio. A total of nine San Antonio cops have already been “suspended indefinitely” so far this year for varying forms of misconduct; and Rozacky will likely (and should be) number-10. Though San Antonio Police Chief William McManus deserves credit for cleansing his police force of thugs, you have to wonder how so many of these animal got on the force in the first place.

Chief McManus says he will continue to enforce a “zero-tolerance policy” for all misconduct.