The Eleventh Amendment strikes again. Nobody is surprised here, especially Ms. Maryann Barmore, Mark’s mother, who wondered why the Winnebago County grand jury issued this “slap in the face” decision one day before Christmas Eve. Police thugs once again have gotten away with murder.

Recently, a Seattle cop told the Seattle Times, “when will the horror end,” referring to a recent string of retaliatory targeted shootings in the Seattle-area over the past two months, which have left five cops dead and one still critically injured (none of the gunmen in these incidents were “cleared of wrongdoing”). The answer for Ms. Barmore, and ten of millions of other Americans affected by cop thuggery is, sadly, never.

The best part of Robin Babcox-Poole’s letter to the editor of the Rockford Register Star is this classic quote:

The suggestion that my husband, Officer Oda Poole, and Officer Stanton North followed Mr. Barmore into the church and day care with malice or ill-intent is unmerited. Wearing T-shirts that read “No Justice No Peace” and carrying signs reading “Jail the Killer Cops” and “The Whole System is Guilty” during a march in the “spirit of unity” is not constructive, peaceful, or unprejudiced.

Typical, and expected. The only thing this girl might be right about is Jesse Jackson being a useless opportunist (ok, I added the “useless” part myself). And the primary agenda of the NAACP nowadays is homosexual marriage (opportunity knocks). Her thug husband murdering Mr. Barmore is also “not constructive, peaceful, or unprejudiced.” I guess to Babcox-Poole, people should simply “have a dream” about not having the worry of police thugs murdering them and their families, and sing several verses of “we shall overcome.” Hope she and the killer are enjoying his paid vacation.

MyStateOnline also wrote about the letter 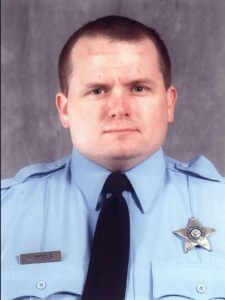 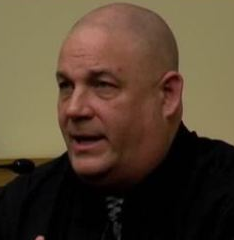 Thank you Operation Nation emailers, for once again, stepping up and helping expose yet more gangsters in blue. According to one blogger (Thoughts.com site is now defunct), this Oda Poole thug has “coincidentally” been involved in at least three other shootings of unarmed suspects.

Meanwhile, the Illinois State Police, today, agreed to conduct an independent investigation, which will at least the illusion of credibility to this entire process. We all know if Rockford Police were allowed to “police” themselves, the proverbial “it was a tragic event, but no policies were broken” spiel would be the end result.

But again, as American citizens victimized by these Police State policies in our country, we’re left to wait and see what happens to the killers; which will still, likely, be a slap on the wrist. 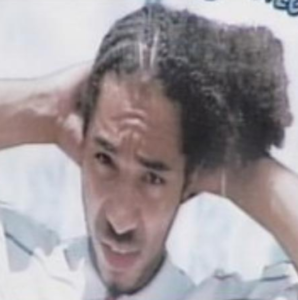 Mr. Mark Anthony Barmore’s (pictured) leaves behind two young children who will now grow up without a father. 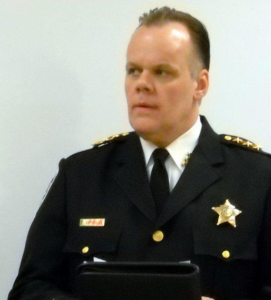 However, witnesses to the shooting, Mrs. Sheila Brown and her daughter, Marissa, said Mr. Barmore surrendered with his hands up and head down, only to be shot at eight times, and killed instantly. Obviously, the police thugs are lying to cover yet another government-sanctioned murder of an American citizen.

Mr. Barmore, allegedly “wanted” by police, ran and hid inside Kingdom Authority International Ministries on August 24, 2009 after being spotted by police. The police thugs, whose names are so far being protected by Epperson, followed Mr. Barmore into House of Grace Day Care, which is housed inside the ministry. It is there that, again according to witnesses, Mr. Barmore surrendered, but was still murdered in cold blood by the police thugs. The killer cops were rewarded with paid vacations (“paid administrative leave”).

Since the murder, several protests on Rockford City Hall have taken place. But we know all these things lead to is Euro-American media message boards being filled with “Sharpton this,” “Jackson that,” and “he was a criminal; he deserved to die” comments. The good news is that a surprisingly bi-partisan effort, which includes Winnebago County Attorney Joe Bruscato; Sen. Dave Syverson, R-Rockford; State Rep. Chuck Jefferson, D-Rockford; and State Rep. Jim Sacia, R-Pecatonica are all calling for an independent investigation of the murder.

It is much more likely for thug cops to be convicted of murder when they are not allowed to police themselves. But the reality is it’s still a long shot. Regardless, if Jesse Jackson is only in Rockford for camera time (which is likely the case), he needs to leave and simply book appointments with Fox News and other Euro-media who want him on their airwaves for his 1960s, outdated, pathetic B.S.

A quick note to all cop-suckers and thug cops: just because someone runs from you doesn’t give you the green light to murder them. If that’s the case, the next time a thug cop bothers me while I’m driving and minding my own business, than I guess I can shoot them for disturbing my day. The way police thugs arbitrarily shoot, Taser, and rape people nowadays, how can you blame any American citizen from running from these terrorists.

Operation Nation will do our best to get updates on this story. Our thoughts are with Mr. Barmore’s children and family.