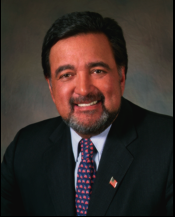 SANTA FE — New Mexico governor Bill Richardson has problems with pay-for-play politics in his state. But he took a major step in clearing the vision of our nation’s blind eyes when it comes to the U.S. justice system. Like Mr. Richardson, I support the death penalty for murderers. But the blatant systematic persecution of American, especially black Americans, is real. It caused Mr. Richardson to make a difficult, but correct decision for his state.

“Regardless of my personal opinion about the death penalty, I do not have confidence in the criminal justice system as it currently operates to be the final arbiter when it comes to who lives and who dies for their crimes,” Richardson said in an AP article.

Everybody knows that the death penalty in the United States is just another systematic way to legally murder black people.

A 1996 article by Amnesty International chided the state of Georgia for having 100 men on death row 40 miles away from Centennial Olympic Stadium. Atlanta hosted the Summer Olympics that year.  The article blasted Georgia’s “blatantly racist use of the death penalty.” Amnesty called out the “breathtaking degree of hypocrisy” by the USA for calling itself the “modern capital of human rights.”

The New Mexico Sheriff’s and Police Association oppose Richardson’s decision. They say the threat of capital punishment protects their officers against violence. The U.S. justice system already protects their officers from prosecution when they murder, assault, and/or brutalize American citizens. What more do they want? Governor Richardson said that 130 death row inmates have been cleared of all charges via DNA evidence in the past 10 years.

Mr. Richardson’s action, and his reasons for doing so, should help kick-start an important dialogue that needs to take place. Police, prosecutors and judges are far worse menaces to society than any Crips, Bloods or MS-13’s could ever be. Terrorist cops Johannes Mehserle (BART Transit), Scott Nugent (Winnfield, Louisiana Police), Tim Cox (Homer, Louisiana Police), and countless others deserve the death penalty and will not get it. Capital punishment is flawed and selectively enforced. It needs to be eliminated altogether.

Governor Richardson deserves credit for doing something he knows is right, even if it goes against his personal convictions. Many other politicians could learn from him.