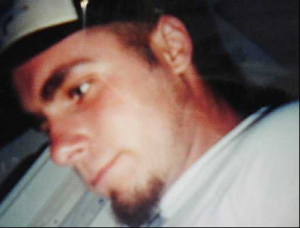 Judging from the past three months in Porterville, CA – about 70 miles southeast of Fresno – police policy there is shoot to kill any citizen who embarrasses them, bruises their egos, or refuses to play along with their harassment.

The latter is what happened to Mr. Vincent Steen, a burly 6’4 former amateur league football player, who was murdered in cold blood by Porterville police thugs on Sunday, January 10.

This all started when Mr. Steen was minding his own business, riding his bicycle. Mr. Steen committed a “traffic violation” (on his bike no less), so the harassment ensued, according to the police thugs. Porterville Police said “a fight broke out between the officer and bicyclist.” They then used their electrocution toys (Taser) on Mr. Steen, but he was able to run away, into his mother’s home. The police thugs, who have obviously watched far too many cop movies, kicked down the door of the home, located Mr. Steen, and fired several shots, killing him instantly, right in front of his mother and 23-year-old brother.

Watch a report from KMPH Fox 26 in Fresno.

Of course the police thugs’ names are being protected by the City of Porterville, and both were rewarded with paid vacations for the murder.

The murder of Mr. Steen brings back the recent memory of young Mr. Joe Edwin Bowles, who was murdered in cold blood back on October 20 by Porterville police thug Chris McGuire. Mr. Bowles was simply exiting a Chili’s Restaurant or the Evolution’s Gym in Tulare, CA. Not only was thug McGuire out of his jurisdiction, but was not even in uniform. There was not even a “physical confrontation” in this case, as police thugs normally will assert to justify murder. The story Porterville Police are sticking to is that Mr. Bowles was tampering with cars.

Mr. Eusebio Prieto, in yet another incident back on July 24, 2008, was murdered by Porterville police thugs after allegedly “brandishing” a screw driver. This was enough for the  killer cops to use the “our lives and the public’s lives were in danger” spiel. The cops who murdered Mr. Bowles and Mr. Prieto were also rewarded with paid vacations.

Though the family of Mr. Steen will file federal civil rights claims against the Porterville Police, this, again, will not bring back their son and brother. There of course will be no criminal charges filed against the murderers, however a kangaroo investigation (and the murderers’ paid vacations) will likely stretch 8-12 weeks before this inevitable news is reported.

Our thoughts are with the Steen family.