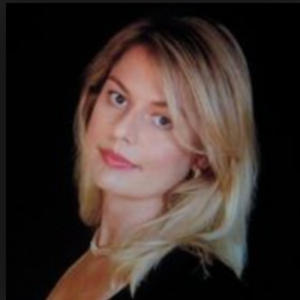 The U.S. government ignores human rights here and abroad. Slavery and rape are both legal in this world in 2009. Americans should not support a government that employs high-priced pimps.

DynCorp International, a U.S.-based private military contractor that gets 96 percent of its $2 billion annual revenue from the U.S. treasury, has provided security and other support for U.S. military operations in Bosnia, Somalia, Kosovo, Kuwait, Bolivia, Iraq and many other countries since the mid 1990s. What seems to never get reported about DynCorp is the fact they have been (and maybe still are) involved in human trafficking all across the globe, particularly trafficking young girls.

A former aircraft mechanic for DynCorp, Mr. Ben Johnston, who worked for the company in Bosnia, was fired and had to go into protective custody after complaining about sexual misconduct with young girls by several DynCorp employees. He ultimately won a settlement (amount is undisclosed) from the company in a civil suit brought in a U.S. District Court of Texas, back in August of 2002. In a related case, Ms. Kathryn Bolkovac, who worked for DynCorp Aerospace U.K. (Great Britain), won a civil action in a United Kingdon tribunal after the Court found DynCorp violated “whistle-blower” statutes by firing Ms. Bolkovac when she complained of the sex trafficking.

CBS News reported about the frat-house type hazing and drunken parties that go on with yet another U.S. military subsidiary company: ArmorGroup North America, this time in Afghanistan. ArmorGroup, coincidentally or otherwise, is owned by Wackenhut (now called GEO Group), the second-largest private, FOR-PROFIT prison operation in the USA.

James Gordon, a former employee for ArmorGroup who was fired back in 2008, recently filed a lawsuit alleging that several ArmorGroup security guards in Afghanistan were involved in sex trafficking of Afghani women.

U.S. citizens need to defend those being abused by the government instead of pretending like these types of things don’t happen. Your taxpayer dollars are being used to fund these crimes against humanity the U.S. always has and always will participate in. There is no government accountability in the USA. The federal government has become so powerful it can commit crimes all over the world and never be charged or punished for them (similar to police here in the USA). There is no justice and U.S. government officials don’t respect basic human rights. Again, SLAVERY IS ILLEGAL. We have to demand and MAKE CHANGE, or we’ll all become slaves ourselves.

2 thoughts on “Pimps and Slave Masters Funded by the U.S. Government”