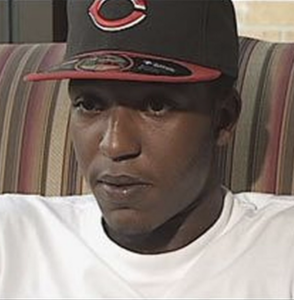 The attack occurred on Sunday, September 6, when Mr. Martin and Mr. Staden were walking into the Canterbury House Apartment, which at least one of the young men (maybe both) reside. Police thug Nolan approached the young men as they entered and ordered them to leave. When Mr. Martin informed Nolan he lived there, thug Nolan shot him in his lower leg.  Nolan then struck Mr. Staden with the butt of his gun in the head. Nolan then handcuffed Mr. Martin, who was bleeding and seriously injured from being shot, to a fence and made him hop around on one leg until an ambulance arrived.

Thug Nolan, who also lives at the complex, was working as a security guard, off-duty from his police responsibilities and in plain-clothes, the night he attacked the two young men.

Euro-Americans and their media are now hoping and praying something can be dug up about these two young men being “convicted felons” or “gang members” so they can then vilify the victims and make the police thug out to be a hero. Of course Nolan was rewarded with a paid vacation, aka “paid administrative leave,” for the attack on these two young men.

Sergeant Don Kelly of the Baton Rouge Police, says the “investigation” could take months and they will “not hide anything.” 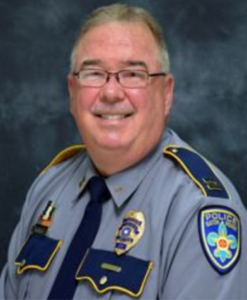 Just as the sun rises everyday, we all know these aggravated assaults by thug Nolan will be dismissed as “police protocol.” Nolan and the Baton Rouge Police will somehow conjure some sort of tale, like, “the officer felt threatened” and/or “Martin and Staden are gang-bangers,” or the newest one, “Martin and Staden tried to grab the officer’s gun,” which will of course justify the attack in the eyes of Euro-American media, their message boards, and the copsucking community.

Which ever standard “cop-out” they use in this incident, Nolan will enjoy his paid vacation, while Mr. Martin can only hope his ankle heals to the point of full functionality again.