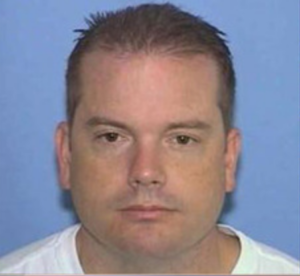 The disgusting assault on an intoxicated 15-year-old girl by Phoenix Police thug Patrick Larrison has made its rounds on the internet. The fact this criminal is still roaming the streets, enjoying a paid vacation, aka “paid administrative leave” is more proof the USA is a police state no better than North Korea, China, or Yemen.

We noticed this assault is eerily similar to one that happened in King County, Washington back in 2009. Watch the video evidence of aggravated assault by Larrison.

Mr. Chris Harris is permanently bed-ridden, cannot talk, walk, nor eat by himself because of the near identical assault two years ago by King County police thug Matthew Paul. King County ultimately paid Mr. Harris’ wife, Sarah, a $10 million settlement in January, which she says is being used to help make her husband’s life as happy and joyous as possible. Mrs. Harris says the only joy left in her life is seeing Chris smile every now and then.

This young girl Larrison attacked luckily escaped serious injury. Several posts on message boards have suggested the 15-year-old deserved what she got because she was drunk and hit her mother. The bottom line, however, is that if the mother disciplined her daughter the same way Larrison did, not only would she be facing child abuse charges, but would also be sitting in jail awaiting trial. The cop apologists have already come to Larrison’s defense.

Watch a report from KTVK Channel 3

Larrison should immediately be charged with aggravated assault and child endangerment, and put in jail. This criminal is far more dangerous than all the weed smokers Maricopa County has incarcerated combined. However, we fully expect Larrison to be back on the streets after enjoying his paid vacation.