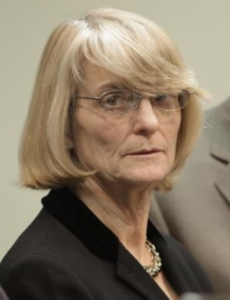 The charges stem from a March 2005 cocaine bust involving Alexander Aceval and Richardo Pena. Both are currently serving prison sentences. Plants and the two cops covered up the fact one of the prosecution’s witnesses was a paid police informant. Judge Waterstone signed an order banning Aceval and Pena’s attorneys from accessing the paid informant’s phone records. Those records could have played a key role for the defense.

All of the conspirators were granted $25,000 bonds. A preliminary hearing is set for April 28. 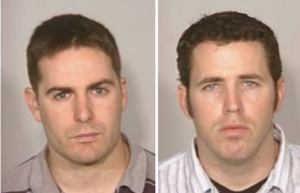 LAS VEGAS — Former North Las Vegas cops James F. Balelo and Mark Alan Miles were fired from the force on March 25. Both thug had been enjoying paid vacation, aka “paid administrative leave” since their January arrest.

Balelo and Miles responded to an unruly patron at the Cannery Casino this past December. An internal investigation revealed that the two cops slammed the handcuffed man to the floor, causing injuries. Both were charged with filing a false police report. Miles was also charged with felony oppression under color of law.

North Las Vegas Police Sergeant Tim Bedwell said police officers are held to a higher standard because they are entrusted with powers exceeding that of the average citizen. 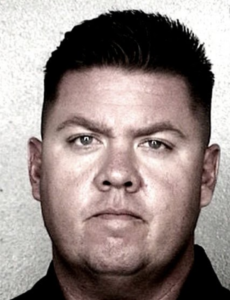 MIAMI — Davie (FL) cop Stephen Kenneth Olenchak was arrested on March 26. He is charged with two counts of sexual battery of a minor. The charges stem from a March 22 encounter when the girl was at Olenchak’s house. He allegedly served the young girl drinks and raped her after his wife passed out.

Olenchak, 34, was released from the Broward County Jail on $10,000 bond the next day. Of course he will chill with all thug cops’ best P.A.L., Paid Administrative Leave, pending the investigation.