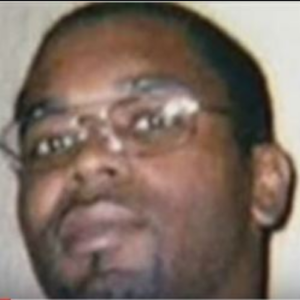 PASADENA — Mr. Leroy Barnes was riding along in the backseat of his friend, Emeka Edwards’, car near Mentone Street and Washington Boulevard on February 19. Pasadena Police said they pulled the car over because Barnes, 38, “looked like a gang member.” From this point, Pasadena Police thugs have changed their story several times. First, they said Barnes fired shots at them first, forcing them to respond with a barrage of bullets, killing the man. The next day, Pasadena Police Chief Bernard Melekian, realizing they had gotten their lies mixed up, told the public, via KCBS Channel 2 in Los Angeles, that Barnes did not fire first, and made sure to add that Barnes was a “convicted felon” with “gang ties” to distract from what really happened.

The entire February 19 incident was captured on dash cam video, but Pasadena Police have refused to release the tape. The police thugs have even went as far as going through the court system to protect the names of the killers. Pasadena Police have said Barnes was not shot in the back. But the coroner’s office, according to Pasadena Star-News, said yesterday that Mr. Barnes suffered “10 or 11” bullet wounds, some of which were in his back. Barnes’ family filed a wrongful death claim against the city, in hopes of getting some sort of justice.

Watch a report via KCBS Channel 2 in Los Angeles.

The Los Angeles Times continually refers to this man as “parolee.” The Pasadena Police refer to him as “convicted felon.” Euro-American media, thug police, parole and probation people, are all part of the same system to de-humanize black people so they can be viewed, treated, and manipulated in any way they please. It’s peculiar how Mr. Barnes’ or any other black man’s past is brought to the forefront as soon as thug cops murder them. But the past deeds of the thug cops is glossed over. As I’ve written about previously, Pat Gonzales, the Oakland Police thug who survived Lovelle Mixon, murdered at least one unarmed man in his career. This is not talked about in Euro-American media however.

The going rate for police to murder “a black” is around $600,000, based on several other settlements across the country when someone’s father, brother, or son is murdered by police thugs. Pasadena cops are obviously hiding the truth, as they’ve been caught lying several times. They have yet to release the tape of the incident, which would clear everything up for the public. They know the tape will show cold-blooded murder, so they will not release it.
All you have to do is go to some “academy” for 3-4 months and that gives you an official license to murder Americans with impunity. It just feels like this country is on the verge of war because these people we all look at to “protect and serve” us are gangsters who were picked on a lot as children. Protect yourselves and be proactive when you encounter one of these animals with badges. Rest In Peace, Mr. Barnes. Our thoughts and prayers are with your family.