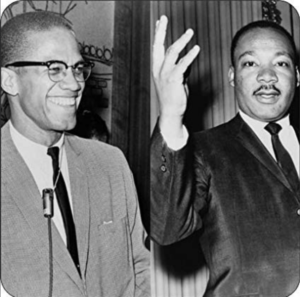 Despite their differences, Malcolm X and Martin Luther King, Jr. wanted the best for black people.

Operation-Nation likes to believe that we did our small part. We joined millions of black folks and eliminated the Kamala Harris presidential campaign. It was a thing of collective beauty. True black people aren’t giving Democrats votes just for placing a brown-looking face in front of us ever again (see Obama). Harris is a very cunning cop. She’s black when it’s convenient. She’s white liberal tool always.

We’ve been around since 2007. But we’re part of #NewBlackMedia.

#NewBlackMedia are non-liberal and non-Trump black people. #B1, which means “black first,” represents less than 30% of the total black American population by our estimate. Cooning for Trump and/or the LGBT faith are far more profitable endeavors. Thus most black Americans gravitate to one or the other.

The social media generation is always fighting over clout and popularity. That unfortunately retards progress towards true freedom. I’ve predicted that black Americans as we knew us from Nat Turner, Charles Deslonde and the real Harriet, to Malcolm X and Huey Newton, will be extinct by the year 2050.

Our numbers are dwindling by the day. Many black people willingly embrace and practice white liberal homophile culture to earn Democrat dollars. A black person in a #MAGA hat becomes an instant social media star because of the white “deplorable” population.

#NewBlackMedia still doesn’t promote and advocate for firearms and self-defense in white supremacist society. Maybe that will continue to be our silent role. Nonetheless we have some solid media for 2020.

Some of our readers aren’t privy to #NewBlackMedia. Here is a short introduction to the major players told as objectively as possible. 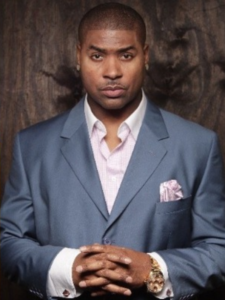 He’s a hustler, self-proclaimed petty, and always beefing with (roasting) somebody. This sister eloquently explained one of the best beefs.

“Flex” is a conscious entertainer, like Dave Chappelle. He’s not Malcolm. But he is absolutely necessary for black American culture today, particularly in combating the homophile agenda and intersectional white supremacy. 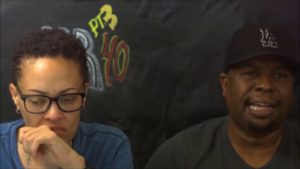 These two are essentially one person. Moore is a California lawyer who apparently worked for the Los Angeles County prosecutor’s office at some point. But he doesn’t have much of a history of litigating cases for black people or anyone else for that matter. Carnell has a Youtube channel with over 74,000 subscribers and appears to be in charge of the duo.

Carnell and Moore say they “founded” #ADOS, which means American Descendants of Slavery. Many black people view ADOS as lineage, and reject the politicization by Carnell and Moore. There are also other individuals and groups who have used the term ADOS or DOAS long before these two.

Carnell is LGBT liberal. That pretty much blew her cover early. It’s #BlackLivesMatter Part 2. There are plenty of willing black liberals for Democrats to use as political tools. These two will stay relevant through at least 2020 because demand for black liberals is high for the Election year. But they’ll ultimately be cannibalized by other black liberals preaching the same subterfuges.

Not certain who all these guys are. I just discovered them a few month ago. I think The Black Authority‘s real name is Jason Black. None of them show their faces, in the spirit of old-school radio broadcasting. Perhaps that is a strategic move for some specific purpose.

Regardless, they have large followings of pro-black folks on social media. The content is consistent, forceful, nonpartisan, and unapologetic. They’ll be a force in #NewBlackMedia for the foreseeable future. They convey the pro-black narrative on social media and combat the toxic LGBT agenda that targets black boys. 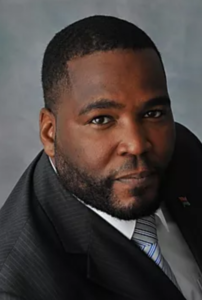 He’s been talking about opening his Frederick Douglass & Marcus Garvey RBG International Leadership Academy for Boys for at least five years now. He said in a December 13 Breakfast Club interview that two buildings in Wilmington, Delaware were purchased for the school. But he still has not produced anything tangible after collecting probably $1 million in donations from black people over five years.

Like him or not, he’s unapologetic and knows his stuff. He’s successfully defended his academic credentials from all sorts of attacks. Umar also has about a half-million Instagram followers. Some speculate that he purchased at least 200,000 of those followers though. He disappointed a lot of people with that full nigga display in the Nasheed feud.

Bottom line, Umar’s reputation is on very shaky ground. The dislikes to likes ratio on his own Youtube channel is getting worse by the day. Umar is also showing signs of, well, falling apart.

He needs to produce something tangible in 2020 and produce it quick.

The Breakfast Club is the closest thing to pro-black mainstream media. They have a wide reach with their radio show. So they are important in that regard. That “trans show” was a disgrace. But they rebounded from that; and it appears they heeded feedback from their listeners.

I’m sure at least some of the Breakfast Club’s ad revenue comes from white-owned companies. They always have to balance being righteous and “obedient.” But overall, they do a good job under those circumstances. Charlamagne shows a lot of homosexual tendencies. But maybe that’s just his style.

Hopefully this is just the start of #NewBlackMedia. Here’s to hoping thousands more black writers, filmmakers and broadcasters create more spaces in 2020. Key is not relying on Youtube, Twitter, Facebook, etc. since they ban true pro-black people. Independent spaces and mutual promotion helps us all in the long-run.

We’re compiling a #NewBlackMedia blog roll. Feel free to leave your name and title of your blog or vlog in the comments. No social media accounts, please. Just #B1, independent blogs.

2 thoughts on “#NewBlackMedia: There may be hope after all in 2020”