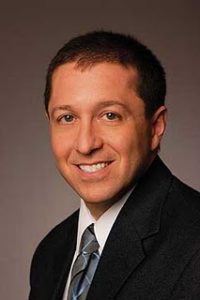 These are the depths the Euro-American media sports machine will stoop to undermine Mr. Barry Bonds. He’s one of the greatest players at a sport they love, and he doesn’t kiss their asses. The only solution: dispatch their sophomoric attack dog reporters.

Fox Sports baseball writer Ken Rosenthal summed up his little column published on MSN with “Bonds is a cancer [that] baseball needs to be cut out.”

There is no need to rehash this piece (of s***). But the “column” borders on libel.  It reminds us of free speech limitations in the “fighting words doctrine.” The U.S. Supreme Court articulated said doctrine in 1942 as part of the Chaplinsky vs. New Hampshire decision that every journalism student in America has read. Granted the Supreme Court protects radical Christian terrorist groups like the Ku Klux Klan (see Brandenburg vs. Ohio 1969, which was ironically a per curiam [anonymous] majority decision). Fortunately “blacks,” at least on paper, are equally protected by most other laws.

Rosenthal’s comparison of Mr. Bonds to cancer is worse than Chaplinsky calling a cop “fascist” and “a racketeer.” Those words led to Chaplinksy’s conviction. Several more of these sports media head-o-philes reinforce these sentiments.  There is no true marketplace of ideas in this white media monopoly. There are no checks and balances. Rosenthal referring to Mr. Bonds as a “cancer” should constitute fighting words and a conviction for he and Fox Sports executives.

The Euro-American media machine would never use this type of language when talking about Roger Clemens and his alleged steroid use. Clemens and his lying get sympathy and a “wait until the facts come out” attitude from Euro-American media. They also deflect with the “we’re tired of hearing about steroids” rhetoric. when the subject changes to Clemens. White sports media rebut this by saying Mr. Bonds is the villified because he’s a “jerk” to them. The white sports media ringleader, ESPN, supplies “credibility” to this witch hunt. Thus all it’s subcontractors (the rest of Euro-sports media who want to work there) follow suit.

I’ve consistently maintained my belief that Mr. Bonds used some sort of performance enhancer at some point in time. But if hundreds of other baseball players are doing it (including Euro-American media darlings Rick Ankiel, Matt Williams, and Clemens) is it really cheating? We’re talking about sports here, not criminal codes or tax returns.

The attention Bill Belichick has garnered for “spygate” is similarly preposterous as the public execution of Mr. Bonds. Former St. Louis Ram and current Arizona Cardinal Kurt Warner is even lobbying the NFL to “investigate” the Patriots after reports surfaced about New England taping the Rams’ warmups before Super Bowl XXXVI. Of course Warner’s team that game.

Belichick got caught doing something virtually all teams do because he pissed off a former assistant coach (current N.Y. Jets coach Eric Mangini) who wanted payback. Mangini is simply a rat who broke the code, if you will. There must be a true and genuine disdain for Belichick in NFL circles because he’s essentially the token white guy that the NFL and media are picking on.

The Euro-American media and NFL are allowing this public execution – a practice usually reserved for “black” athletes – to happen to a Super Bowl coach and owner. These people are jealous of the Patriots’ success, and the fact they used a tactic all NFL teams use. The same people are jealous of Bonds’ success. Major League Baseball enabled the steroid era. But they are using Bonds as the scapegoat. Grand-standing, ham-and-egg Congress people aid in these capers for attention too. They force Euro-American media to pay more attention than their program directors would otherwise warrant.

Euro-American media are well aware of how juvenile, jealous, and aloof they are in doing these modern day public executions of black athletes. Yet they’re arrogance and power-drunken egos keep them doing it. Michael Vick, Ron Artest, Allen Iverson, Gary Sheffield, Bonds and Randy Moss have all been victims. If you just arrived in the USA and read up on what “mainstream media” writes about these guys, you would think they are all murderers, rapists and child molesters. These men live in a world where the establishment pays them big money to play a game, while making billions for said establishment. The catch is that athletes must keep their mouths trained. Their “owners” (obviously slavery reference) and media would rather black athletes keep their mouths shut altogether.

When will Rosenthal and Euro-American sports media update us on the Tim Donaghey scandal? Donaghey is the NBA referee who gambled on games he worked. There’s been no real update on this since last summer. The story just goes away in the eyes of the public because ESPN no longer talks about it. Google has removed all the “mainstream” stories about Donaghey from its search engine results.

It is no coincidence the three aforementioned individuals are European American (“white”) and thus, not cast as criminals by Rosenthal, ESPN, and the rest of them. Its much more fun for these Euro-American media sports people to attack “a black” with cornrows who has more money and fame than they could ever obtain.

You just have to take these Euro-American sports media types for what they really are – the most elaborate clown show in the history of America. It’s best to just watch sports and talk about them among your friends. The toxic nature of sports media taints the games.