The Second Amendment protects an individual’s right to possess a firearm, unconnected to service in a militia; and to use that arm for traditionally lawful purposes, such as self-defense within the home. District of Columbia v. Heller, 554 U.S. ___ (2008). 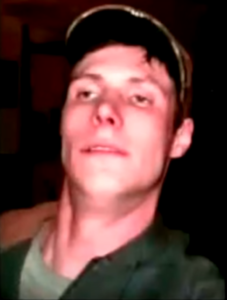 The United States we live in goes like this: American citizen needs help, so they call police; police show up and open fire on the party requesting their assistance.

This is exactly what happened late Sunday night in Garfield, Minnesota, a small town about 140 miles northwest of Minneapolis. Ms. Frances Benson called police when two people she did not want in her home refused to leave, according to the Douglas County Sheriff’s Office. When police arrived, they found her son, Mr. Jonathan Benson, armed with “a long gun.” Three Douglas County police thugs – Arthur Vinson, Jason Asfeld, and Paul Trautman – “confronted” Mr. Benson, and according to them, he “did not comply” with orders. All three opened fire on Mr. Benson, striking him several times. Mr. Benson was airlifted to a St. Cloud hospital and the police thugs were all rewarded with paid vacations (paid administrative leave).

A Youtube channel called ArrestAJudgeKit has posted several videos, including news clips, about the case.

We have something called the 2nd Amendment of the U.S. Constitution, which guarantees its citizens the right to bear arms for protection not only against the average person, but against tyrannical government. Mr. Benson likely had to use his firearm when the “unwanted guests” would not leave, which is perfectly within his rights. Douglas County police thugs showed up, and like all cops, do not like anyone besides other cops having guns. That factor alone determined their feral reaction.

The cops in this case will fabricate whatever story necessary to “justify” shooting Mr. Benson multiple times (thus the proverbial “more facts will come out later” spiel). It appears the Benson’s only mistake that night was calling police, which is sadly something a good majority of Americans are learning the hard way NEVER to do. These blood-thirsty government henchmen believe they are sacred gods whom you must worship, or face the same sort of consequences as Mr. Benson. Sadly, a large percentage of the American population does in fact worship cops like gods.

If Mr. Benson survives this assault by the people we are trained to believe “protect and serve” us, he will be charged with various arbitrary crimes. Police and Euro-American media standard protocol in these cases commenced as well. Several “news” outlets are reporting that Mr. Benson has a “prior criminal history” and thus deserved to be shot. Anybody who still believes the USA is not a police state are either cops themselves, are screwing a cop, and/or just worship their rapists.

We wish Mr. Benson a speedy recovery, and all the best in dealing with this U.S. prison/chattel system he is about to enter.