Under the Fourth Amendment, when a law enforcement officer is pursuing a fleeing suspect, he or she may use deadly force only to prevent escape if the officer has probable cause to believe that the suspect poses a significant threat of death or serious physical injury to the officer or others. Tennessee v. Garner, 471 U.S. 1 (1985). 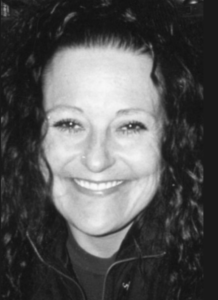 An unarmed 40-year-old woman from Butte, Montana is dead, after Idaho State police thugs opened fire on her while she sat in a moving car.

The murder happened near Hayden, Idaho – in the northern panhandle, about 40 miles from the Washington State border – Monday night. There are several different versions of what happened being disseminated by Idaho State Police and the Kootenai County Sheriff Office, all of which try to justify a police thug opening fire on a fleeing, unarmed suspect.

Ms. Christie Ann Little was the passenger in a car driven by 24-year-old Mark Maykopet. The “trooper,” who’s name is being protected by Idaho State Police, pulled over and “contacted” Maykopet and Ms. Little while driving on U.S. Highway 95, according to one report. Maykopet then sped off when the cop got out of the car, and approached the vehicle. This version concludes by saying the pursuit ended after a “short” chase, which shots were fired.

The Jeep Cherokee Maykopet was driving “rammed” the cop car, and the pursuit lasted about “100 yards,” according to the Spokesman Review. The newspaper also reported that Maykopet’s Jeep “collided” with the cop car, so the police thug opened fire.

Watch a report from KREM Channel 2 Coeur d’Alene/Spokane, which the cops are of course only concern about the killer’s safety.

Here is what we know for sure: 1) Maykopet, aka Mark Macy, walked away from a halfway house in Helena, Montana last October, and has been free ever since; 2) Maykopet had been convicted in a U.S. court on “drug charges” and all the residual charges thereof; 3) he was unarmed, as was Ms. Little; and 4) a fleeing suspect cannot be murdered in cold blood by a police thug itching for a paid vacation and accolades from copsuckers, which is exactly what happened in this case.

All the Euro-American media reports about this murder try to pass Maykopet as a dangerous felon and that Ms. Little deserved to die because she was with him, and that she had been charged and convicted of a crime at some point in her life. There is little mention at all in any of these “mainstream” reports that an unarmed woman was gunned down by a thug cop. Details about Ms. Little are scarce right now. All the Euro-American media reports include only a mugshot of Ms. Little (to further their attempted justification of the murder) and information about prior charges she’d been convicted of in these U.S. state courts.

Maykopet appeared in court today and was charged with aggravated assault, eluding a police officer, and a warrant violation out of Montana. He is being held in the Kootenai County Jail on $1.5 million bond. You can expect Idaho State “authorities” to try and pin the murder of Ms. Little on Maykopet, and not the trigger-happy cop (who one emailer told us is named Dan Howard, but we have not confirmed that).

This incident should be about Ms. Little – who we’re told was a mother – and a thug cop who is encouraged by his local cop bosses, nationwide state court precedent, and rabid cop worship across the USA to murder whomever he pleases, get rewarded with an 8-10+ week vacation, and never face criminal charges (or get 30-60 days in jail). There was absolutely no probable cause for Idaho State Police to have opened fire on Ms. Little and Maykopet because he was not a “dangerous felon,” nor was there any reason to believe he was armed. But this will matter not in criminal court for the police thug, as this is the United States…land of the Constitutionally Protected (CoP) thug.

Our thoughts are with the family of Ms. Little. We will update this story as we learn more.