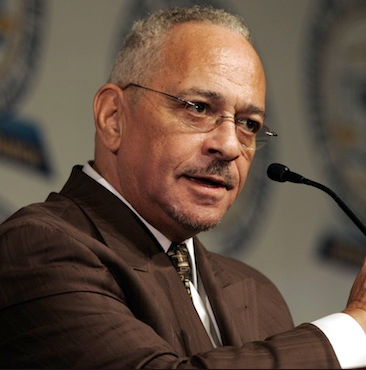 An 8-second snippet state-run media – including CNN, MSNBC, and Fox News – have looped over and over again of Reverend Wright saying “goddamn America” during one of his many sermons, is all most Euro-Americans know about the former U.S. Marine and Navy veteran. Here is the full sermon they don’t want people to see.

Reverend Wright’s sermon can be summed up like this: Europeans have and always will view so-called blacks as chattel…as toys which they can manipulate in any and all ways their sick, demented minds can fathom, thus “goddamn” these people.

Euro-Americans have defined a patriotic black as a subordinate one; one who accepts his chattel status, sings “we shall overcome,” and commits his whole life to being accepted by some faction of Euro-America: Republicans, Democrats, or just being a lost negro in prison or dead. The state-run media smear campaign of Wright, in a way, has backfired because all it has done is introduce this man to millions of Nubian Americans who otherwise would likely never known about him.

Nubians (West, East and sub-Saharan Africans) are the only people on the planet who have never collectively fought back against Euro-imperialism; which is why so-called blacks are the most easily manipulated and downtrodden race on the planet. But recently many “blacks have began embracing their Nubian warrior and spiritual mentalities. They began realizing (finally) that the Euro-hegemony and their masters of the Synagogue of Satan (Revelation 2:9) cannot be effected without practicing and perfecting the same measures Europeans practice to keep them in virtual bondage.

Lovelle Mixon, in 2008, killed four Oakland cops with an AK-47 when they tried to abduct him and place him back in a concentration camp. Maurice Clemmons killed four Lakewood, Washington cops in 2009 as they ate donuts, basically because he was fed up with the Euro-hegemony; same with Christopher John Monfort, when he killed a Seattle cop that same year. Omar Thornton, who killed 8 “white” co-workers at a Hartford, Connecticut beer distribution company last year, said during the 911 call he did so because he was sick of the “racism” he had to endure daily at work, and “took matters into his own hands.” 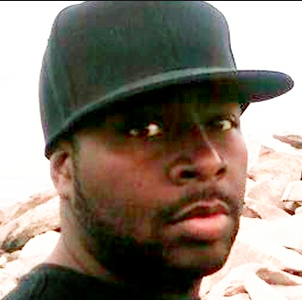 Nubian Nationalism is growing and the Euro-American public is frightened that their media thought police are becoming less effective (thanks to the internet) in turning “blacks” into mindless, self-destructive serfs in this hegemony. Reverend Wright is an educator and a messenger, but his message is not one which Euro-America want Nubians to hear, since it has nothing to do with bitches, hoes, basketball, or prison.

The Martin Luther King Day celebrations will be more intensely covered, even by the radical Euro-American Fox News, as King’s perceived mentality is what the hegemony wants and needs “blacks” to have: defenseless, scared, prey. Just like Euro-American media tell the story of Reverend Wright as they see fit for their agenda, the same can be said for MLK. King was quoted as saying, “those who make peaceful revolution impossible, make violent revolution inevitable.” If this quote were more widely disseminated, do you really think there would be an MLK holiday?

Reverend Wright is one of few pastors in this country who is in it for the right reasons. Anytime you can get Euro-American media to talk about you negatively round the clock because of your work, you are doing something right. Nubians need to listen to this man, especially as 2012 approaches. Those who continue the “we shall overcome” role will be the first ones re-enslaved when the Confederacy decides to launch its full assault on the country, if Obama wins re-election. The teachings of Reverend Wright are a good starting point for Nubians who need guidance in a time when American Civil War II is inevitable.

We really have no universal spiritual leader in this country. Wright is about as close as we can get. I mean afterall,

HIS TEACHINGS DID PRODUCE A PRESIDENT OF THE UNITED STATES OF AMERICA.