We searched the Florida Department of Corrections website. Nobody named Bleiweiss appears as an inmate. Thus he may have already gotten out of prison. Bleiweiss also does not appear in former inmate searches, so he may not have served a day in state prison. The Broward County Court website says his probation begins on August 24, 2019, indicating that he is still incarcerated.

But again, his name does not appear at all in the Florida Department of Corrections database. Here is where things get even more interesting. Bleiweiss’s attorneys filed a motion to vacate his plea agreement on February 10, 2017. The State of Florida subsequently filed several motions for extensions of time in response.

Then on May 8, 2018, Bleiweiss filed a stipulated motion to modify his sentencing. Basically the motion asked for the State to waive all fines and not send Bleiweiss to a mental institution pursuant to the Jimmy Ryce Act, which requires violent Florida sex offenders to be committed to a mental hospital for a given period of time. A judge granted the motion a few weeks later.

We’ll continue following the developments in this disgusting pig’s case as we learn more.

Nationwide trend of homosexual police and jail guards sexually assaulting victims, under color of law, could be reason Arizona’s SB1070 is favored by so many in law enforcement. 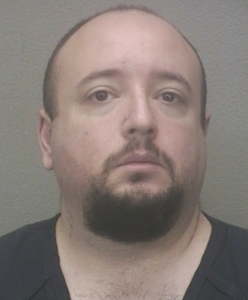 BROWARD COUNTY, FL — It was April of 2009 when several illegal immigrants from south Florida began coming forward with accounts of being pulled over by now-former Broward County police thug Jonathan Bleiweiss. They were all forced to allow the openly-homosexual cop to perform oral sex on them to avoid arrest and possible deportation. Bleiweiss – who was named Employee of the Year once by his peers, and honored by the South Florida Blade, a pro-homosexual publication – was finally arrested in August that same year.  He was charged with several counts of stalking, sexual assault, and false imprisonment.

Watch this video of a few news reports and of Bleiweiss’s initial appearance in court after being arrested.

Bleiweiss was initially held without bond, but was granted bail in January 2010 after his counsel successfully filed a state habeas corpus petition. See PDF here. As of today, Bleiweiss is in Oregon with his father awaiting trial. There is a motion which will be argued by his lawyers on Wednesday, though we’re unsure what it is for. Broward County charges $5 for PUBLIC court records, so we can only speculate.

Though the phenomenon of police thugs sexually assaulting people they are sworn to protect is very common (and of course ignored by Euro-American media), homosexual cops are now more emboldened by today’s climate of pro-homosexual ideals and white liberals making homosexual culture their primary political issue. Male victims of these homosexual cops are generally too embarrassed and too ashamed to come forward, and the ones who are illegal immigrants are afraid to come forward for other obvious reasons. This story also hits home personally for this blogger, when I had to swallow my pride and let it be known what happened to me.

The faggot Maricopa County jail guard, Darren Dauch, who fondled my testicles and placed his hands inside my rectum when I forced into these concentration camps for two months as a pre-trial, non-convicted detainee, is part of an accepted culture in Arizona and among white liberals. Tomorrow I will file a response to Maricopa County et al.’s motions for summary judgment in my federal case, which Sheriff Joseph Arpaio’s lawyers are arguing Dauch was not on the clock when the assault happened, thus, I am lying. The problem with their argument is that witnesses saw the assault and several others heard about it in the following days.

Maricopa County and Arpaio have spent thousands of dollars on “expert witnesses” to discredit me – a homeless, broke, unemployable pro-se litigant due to these charges against me – and prevent the floodgates from opening with thousands of other lawsuits against these faggot, whiteboy guards. Regardless, I fully expect the case to be dismissed, without any of the witnesses ever being heard, so this European homosexual culture may continue unabated.

Bleiweiss will likely receive cop justice, and be acquitted of all charges because none of the victims want to cooperate with the prosecution for fear of deportation. This is also the United States, a land where cops are gods and homosexuality is slowly becoming the new Jew.

Euro-American police and Euro-American homosexual culture are keeping forces in keeping the hegemony healthy and kicking. The Republicans loves cops like gods; liberals love their homosexuality like a religious faith. These conditions are all the more reason for Latinos, Nubians, and other non-European Americans who are more heavily targeted for U.S. concentration camps, to arm themselves and be vigilant against these disgusting freak cops and their white enablers. That, or be the next victim yourself.