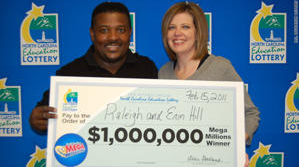 Interracial marriages, relationships are not ideal for black men in 2011. But they’re far better and more wholesome than this 21st century homosexual agenda and black men laying up with other men.

The topic of interracial relationships strikes a nerve in many peoples’ psyches. It’s a hot-button issue most would rather avoid. To truly understand this issue we must go back a few centuries. Antebellum times were the “good ‘ol days” for Euro-AmeriKKKans. White males raped enslaved Afrikan men, women and children with impunity.

State-run media CBS tried to turn pedo-rapist Thomas Jefferson’s exploits with enslaved black woman Sally Hemings into a love story. It was quite disturbing. That part of HIS-story is always swept under the rug. Jefferson raped Hemings for years with impunity. Interracial, consensual relationships continue being taboo.

All of the 13 colonies banned interracial relationships by the late 18th century. The statutes were called anti-miscegenation laws. These laws prohibited non-whites from marrying whites. They also outlawed sex between Black and white. 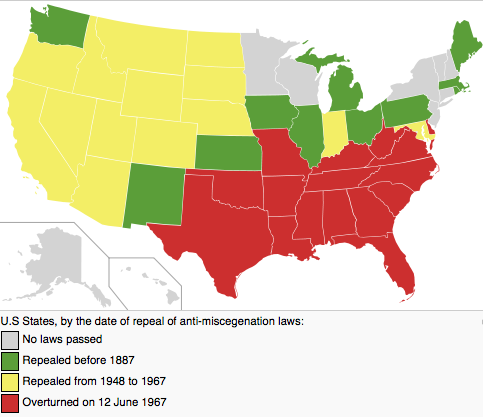 Most anti-miscegenation laws were deemed unconstitutional within 20 years after the passage of the Fourteenth Amendment in July 1868; except of course in the Confederacy.

“Massa” went into slave quarters, abducted black women, and constantly raped them to satisfy their feral curiosity. They also raped men and children, perhaps more frequently. But it was a criminal act when white women wanted to cure their same curiosity with enslaved black men. Black men were literally tortured, castrated and/or brutally put to death for even thinking about white women sexually through most of the 20th century.

The relationship between Black and white was established based on two roles – slave and master. It’s the same as dogs being owned and people being their “masters” today. Of course white Americans treat dogs like deities, not slaves, in 2011. Wealthy Antebellum white children had personal little Black play toys, in lieu of dogs. Black people were both slaves and pets with simple needs to white people. White people showcased their loyal, “intelligent” pets. That’s why young white boys called middle-aged and elderly enslaved Black men “boys.”

Consensual interactions and intimacy among Black and white increased throughout the 18th and 19th centuries. A small number of white Republicans pushed the abolitionist agenda that led to the Civil War. But the onus was on white people at-large to start acting like humans instead of demons towards Black people. Black and white children formed secret friendships in the Confederacy. They played together and formed friendships openly in other regions.

These mother-child, boyfriend-girlfriend, hound dog-trustee types of relationships evolved into more intimate, personal associations by the mid-1800s. Most of these relationships commenced out of sheer curiosity and convenience for white people.

Black people were enslaved and had no choice or freewill regarding any of these matters. Regardless, some of these encounters morphed into lasting, fruitful relationships at a mutual human level. It can be surmised that genuine Black/white relationships in Antebellum USA spear-headed abolition. White people started growing consciences.

The black “nigger,” “boy” and “picaninny”

Blacks were and still are portrayed as savage animals by white society. The US Supreme Court ruled in the 1857 Dred Scott vs. Sanford decision that black people are not citizens, not human. Imperialist society created the narrative that black people were/are wild beasts who lacked the mental capacity to survive without slavery. Slavery was the best thing for black people, according to white imperialists. This agenda was necessary to reassure poor white people that they are still better than the “free” savages before and after the Civil War. 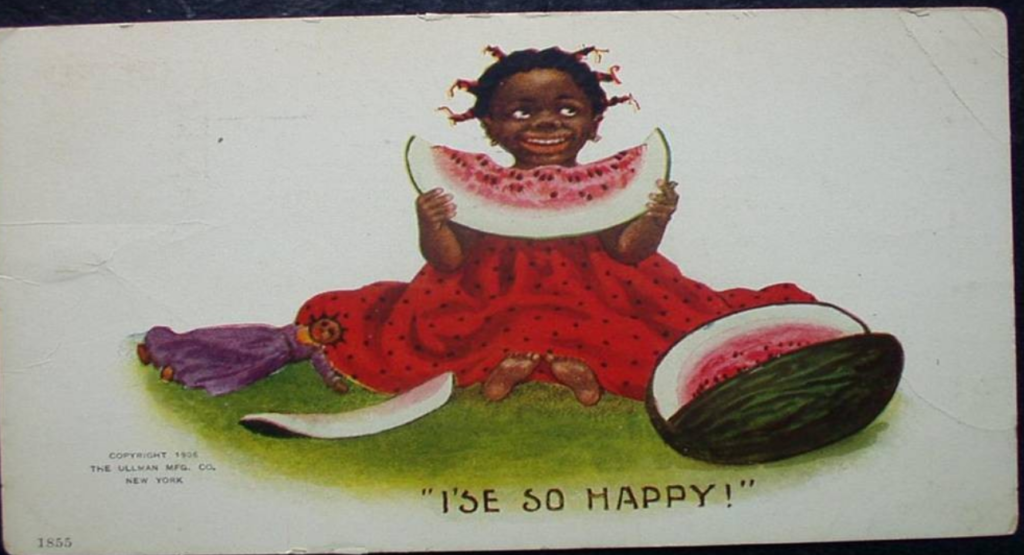 Unfortunately this negative conditioning worked on black people. Today many black people embrace and promote this “nigger” agenda as something good and positive. They capitalize big-time on playing 1811 slave roles in 2011. 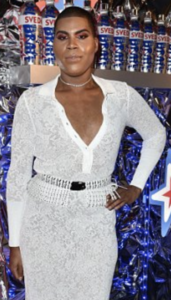 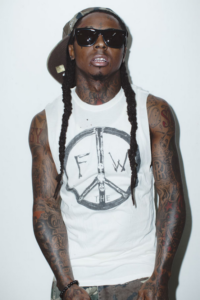 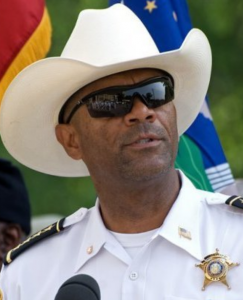 Slave traders shared stories of the physical and genetic makeup of Blacks. All the common stereotypes such as black large penises and extra muscles in the legs that aided in running, were created during this time. The “Black men are packing downstairs” stereotype is by far the most infamous. Euro-AmeriKKKan males observed black men like animals at slave auctions. They reinforced and disseminated this stereotype with their sexual mutilation of black men (castration) and homosexual obsession with black men’s genitals.

White supremacy has always been the societal rule. Enslaved black men had to get permission from his master before he could even get married. Black men even had to ask permission to have sex with a black woman on the plantation. The apple of the black man’s eye could have been the white imperialist’s (slave master’s) “bed wench,” another common slave role pre-1865. The white rapist males did not want their bed wenches sleeping with any “bucks.” The slave master raped many brides-to-be before the marriages so she and her husband understood that he owned both of them.

White imperialists ensured that black people understood that they still owned them despite the 13th and 14th Amendments. Drunken white mobs hunted down Black people and publicly tortured, mutilated and murdered them. They tortured and killed black people for sheer entertainment purposes. 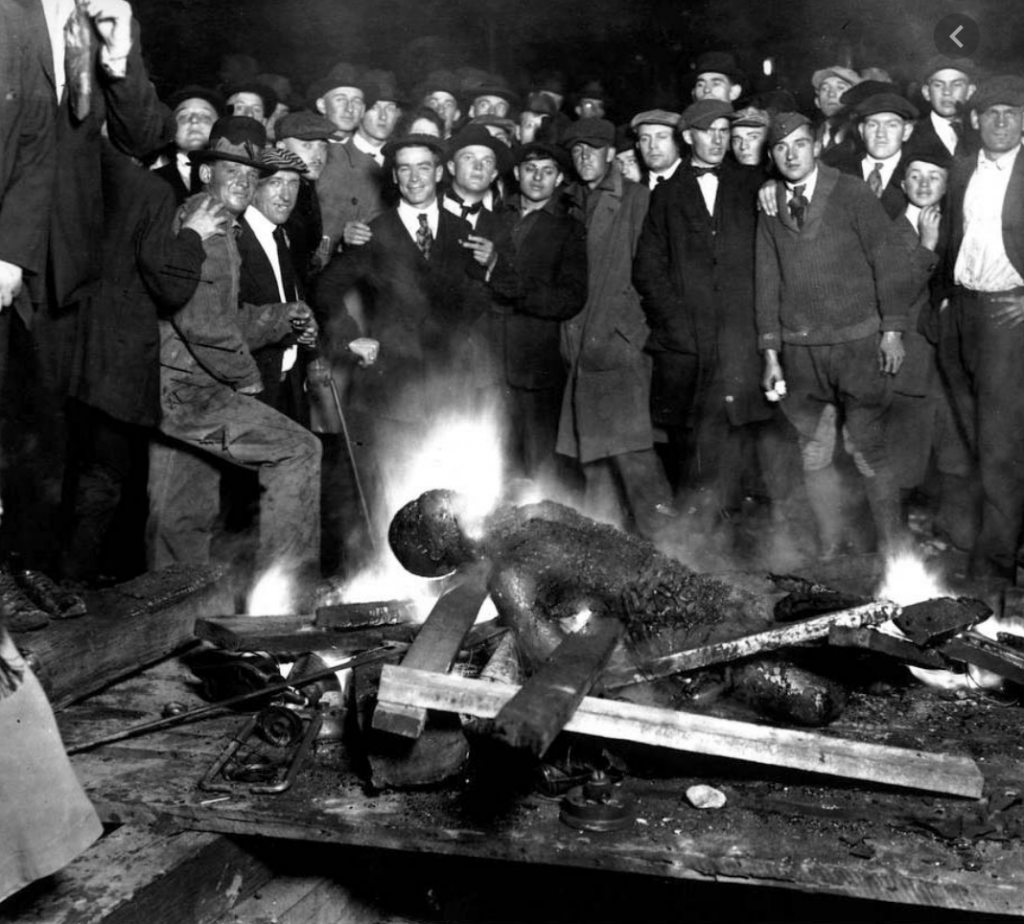 Look at the sheer joy on white people’s faces as they burned Will Brown alive in Omaha, 1919. They conjured the story that he “raped” a white woman.

Black men with white women faced imminent torture and death. These acts are still carried out today by white police and random whiteboys all across the United States.

Hangings didn’t always satisfy the primitive nature of white demons. They castrated black men while they were burning alive or prior to hanging them. White imperialists even kept body parts as souvenirs. White savages passed the skull of the great Nat Turner around for 160-plus years before it was finally returned to Turner’s descendants. These unthinkable acts were performed in front of women and children. But these acts had unintended consequences that white males did not anticipate.

White females have also been in servitude to white males since Europeans existed. Most of these women during slavery times and Jim Crow went along with what their husbands did. They knew their place and didn’t dare disrupt the order of things. That would only lead to being ostracized or worse.

White women’s relationships with the Black masses of that day were centered on curiosity. It festered from everyday personal interactions with Black people. Reading and writing was illegal for black people through the 1950s in some U.S. states. White males perpetuated the stereotype that Blacks did not have the mental capacity to learn anyway. They also did not want black people becoming too knowledgeable and “get out of place.”

White women and kids secretly taught Black children and adults how to read and write during slavery. They risked criminal prosecution as a result (though it rarely happened). Some construed this as acts of kindness and human decency on their part. But more realistically, they were teaching their slaves “tricks,” like today’s white people teach dogs how to sit and shake. But again, white people love dogs more than their own kids in many cases these days.

Christianity was the norm in Antebellum America. White women, particularly the abolitionists like Lucretia Mott and Elizabeth  Cady Stanton, recognized the hypocrisy with slavery and Christianity. The brutal treatment and living conditions of Black people was ungodly. Susan B. Anthony revolted by sleeping with other women. Early [white] women’s rights movements centered on abolition of slavery as a result.

“White kindness” by white females led to the passing of those aforementioned anti-miscegenation law. White males recognized that any type of unity between white women and black people was detrimental to their white supremacist rape and torture culture. They nipped it in the bud.

Black men rarely initiated conversations with white women in the early 20th century. White women had to make the first move as black men feared the torture and murder that imminently followed. It was mostly curiosity. But it also took courage for white women to make first moves. White people that helped black people escape slavery were often put to death. Those caught sleeping with black people were essentially kicked out of the white race (at least the women anyway). They were “unclean” after laying with or even associating with black people.

Those who are unaware of “Black Wallstreet,” the Greenwood District of Tulsa, Oklahoma in the early 20th century will enjoy the following video. Keep in mind, the bombing, torching, and looting of this black economic mecca in 1921 was started because a black man accidentally bumped into a white woman.

The August 28, 1955 murder of 14-year-old Emmett Louis Till in Mississippi was another infamous example of instilling fear in black men and boys. They made certain Mr. Till suffered a painful, wicked death. 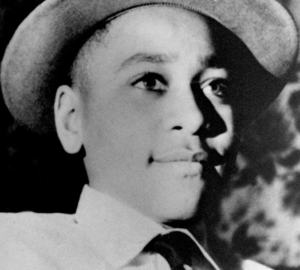 The details regarding the incidents between Till and 21-year-old Carolyn Bryant are highly disputed. The white female first said Till whistled at her. The story changed to Till “grabbed [her] by the waist and asked on a date” later on. Regardless, Till was kidnapped from his home, brutally tortured (his eyes were gouged out of the sockets), and thrown in a river to drown. Feral white males made the message plain and clear: “don’t touch our women.”

These barbaric murders happened often and openly. But it did not deter black men and white women from forming romantic relationships. Black women didn’t really start dating white men regularly until the 21st century. Many states, like Iowa, Illinois and Washington, repealed their anti-miscegenation laws in the late 1800s. Most Confederate states had anti-miscegenation law in place through the 1960s. Alabama’s law was in place until voters lifted the ban in 2000. Granted it was not enforced much after 1970. But Alabama was the last state in the USA to have an active anti-miscegenation law.

Dating preferences determine one “Blackness” today, in the social media era. But it’s all quite arbitrary. A very famous black civil rights leader once dated a white woman. He is still to this day an iconic Black leader, despite being hated by white America in the 196os. Of course that icon is Dr. Martin Luther King Jr.

We was advised by many to “reconsider” his serious romantic relationship with his white German girlfriend. The inevitable “blacklash” from both the 1960s Black and white communities would have changed the course of history and MLK’s legacy. King wanted to become a pastor. Some argue that his marriage to Coretta Scott King was a strategic move to meet this end. Make no mistake – King truly loved Coretta. But his personal agenda and politics forced him to breakup with a white girlfriend that he apparently loved very much.

Public ridicule and discrimination towards interracial couples still exists today. Social media have exacerbated it all. Frankly it’s best for different groups, families, races and individuals to get their own affairs in order before venturing off to other pastures. Peaceful, productive, mutually-beneficial relationships between Black and white as a whole will follow.

I’ve personally been in many interracial relationships. I grew up around all white girls/women in Iowa. Nowadays I’d only date a white woman I grew up with and/or have known since childhood. But that’s just me personally. To each their own.