The past 30 days have shown, beyond a shadow of a doubt, that the U.S. “Justice System” is nothing but a good ‘ol boy network of perverts, inbreds, and criminals; and should remind all Americans to stay vigilant in protecting your ever-eroding rights to life, liberty, and the pursuit of happiness. 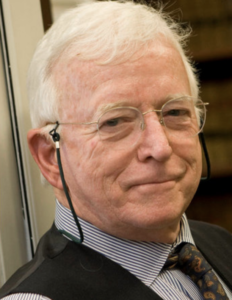 We start in Atlanta, Georgia, where 67-year-old U.S. District Judge Jack T. Camp, was arrested at an Atlanta strip club On Oct. 1 on several charges, including buying cocaine from an undercover FBI agent and weapons charges. But this is where the story only begins.

Camp started going to the Goldrush Showbar to see a 27-year-old stripper he was fond of, named Sherry Ann Ramos (likely the next Ashley Alexandra Dupre or Monica Lewinsky). The lap dances and extra-marital company for the 22-year federal judge soon turned to cocaine parties, pain-killer parties, sex-for-pay parties, and drug deals with the stripper. Ramos, who had previously been convicted of trafficking cocaine, was promised by Camp that he would find a way to clean up her criminal background, and keep her out of trouble for working as a prostitute. The judge also carried guns with him frequently and said he “would protect” his sugar-mama at all costs.

Camp was known for handing down tough sentences for drug offenders in his tenure. Obviously, all drug and other convictions he presided over are in question, especially those which a defense attorney can establish that Camp was on drugs at the time of the trial. You may recall that Camp was the federal judge who sentenced former WWE wrestler Chris Benoit’s doctor, Phil Astin, to 10 years in prison for illegally distributing steroids and other drugs commonly prescribed by American doctors and abused by Americans. Benoit, suffering from “roid-rage,” killed himself, his wife, and their 7-year-old in June of 2007.

Euro-American media outlets have come to Judge Camp’s defense, calling him “folksy” (the same thing they call Sarah Palin) and “a Southern gentleman.” The Atlanta Journal-Constitution said Camp simply “made a mistake.” Camp’s wife says she will stick by him through all this.

Camp posted $50,000 bond at his arraignment last Monday. He faces well over 20 years in prison if convicted on all counts. 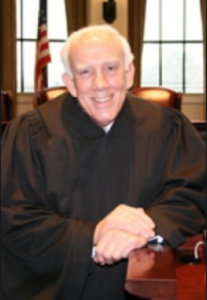 We next turn to another Confederate good ‘ol boy, this time in Mississippi. State District Court Justice James Kitchens Jr. is the latest high ranking judge to commit perjury, butwhile he was a state prosecutor. But of course he will likely be able to hide behind the Eleventh Amendment and face no repercussions.

Kitchens is known for giving black defendants harsh sentences. But a federal judge has now ruled this Byron De La Beckwith wannabe lied when he was a prosecutor in Mississippi State Court to make sure a black defendant got the death penalty. Ironically, Kitchens represented the aforementioned De La Beckwith in the 1994 trial which finally convicted the Confederate killer for the June 12, 1963 murder of civil rights leader, Mr. Medgar Evers.

The defendant in the instant murder trial, Quintez Hodges, was convicted of capital murder after killing Mr. Isaac Johnson, in Lowndes County, Mississippi, on July 21, 1999.

Hodges, then 18, was the boyfriend of Cora Johnson, who was Isaac’s sister. To make a long, legal story short, Hodges had previously been convicted of burglary for breaking into the Johnson’s home to see Cora.

Kitchens, then the Assistant District Attorney, told a jury during the sentencing phase of Hodges’ murder trial that Ms. Bessie Tatum, Isaac’s mother, pleaded with the judge during Hodges’ burglary trial to not sentence Hodges to prison, but instead sentence him to the RID (Regimented Inmate Discipline) program: a virtual boot camp.

Kitchens said he personally recommended a 15-year prison sentence in the “plea bargain” Hodges ultimately signed. Kitchen also made the jury believe that the judge went against his recommendation and granted Ms. Tatum’s pleas for leniency, which ultimately led to Isaac Johnson’s eventual murder, since the murder happened weeks after Hodges was released from RID.

The problem with Kitchens’ story is that none of it ever happened. Watch Hodges’ attorney argue in front of the Mississippi Supreme Court, that the sentence of death should be overturned because of these blatant lies (and obvious due process violations and prosecutorial misconduct) by Kitchens.

Though the arguments by Hodges’ lawyer were concise, and the Mississippi Supreme Court perfectly understood what had happened, it still affirmed the death sentence, obviously looking out for their good ‘ol boy Kitchens.

It was not until Hodges filed a federal writ of habeas corpus in the U.S. District Court of Northern Mississippi that a judge, Michael P. Mills, with rare integrity and respect for the U.S. Constitution, overturned the death sentence on September 13, 2010, and ordered the State of Mississippi, within 60 days, to either permanently vacate the death sentence or hold an entirely new sentencing hearing. Nobody is questioning whether Hodges murdered another American citizen. This is obvious and he deserves a harsh sentence. But inbred judges/prosecutors like Kitchens is why the death penalty, though effective and necessary in some cases, should not be legal in the USA. 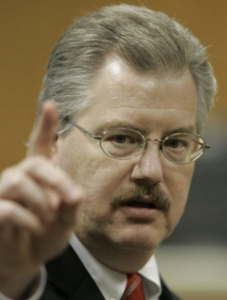 We next turn to Calumet County, WI and its now former District Attorney Ken Kratz. This trifling 50-year-old coward not only completely disgraced what was left of integrity among state and federal prosecutors, but should immediately be arrested on stalking and harassment charges. 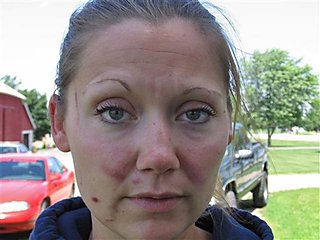 Ms. Stephanie Van Groll, after being attacked by her boyfriend in 2009.

Ms. Van Groll met with the prosecutor in October 2009, after charges were filed against Konnitzer. She believed District Attorney Ken Kratz would help her and listen to her side of the story. Ten minutes after Ms. Van Groll left Kratz’s office, the latter send the domestic violence victim a text message which read as follow: “Are you the kind of girl that likes secret contact with an older married elected DA?” The next three days, according to the police report, 29 more text messages were sent to Ms. Van Groll from Kratz. One called her a “tall, young, hot nymph.” Another boasted about Kratz’s $350,000 house, and another about his six figure salary. Kratz insinuated he’d drop the case against the guy who attacked Ms. Van Groll if she didn’t have sex with him.

It took nearly a year for Kratz’s sexual fantasies, malfeasance, and criminal behavior to be made public, after the Associated Press and several other agencies requested a copy of the police report. When Kratz was first confronted with the report and the text messages last month, he did not deny it, but went into a monkey-like rage when asked direct questions about the incident. Kratz yelled to reporters that this is “a non-story” and that he is now concerned about his “reputation” because of what he deemed was yellow journalism. He also said he would not resign and that he would be running for office again in 2012.

Kratz, who was ironically the chairman of the Wisconsin Crime Victims Rights Board, quickly changed his tone when Wisconsin governor Jim Doyle declared he would do everything in his power to remove Kratz from office. Kratz thought he would skate since Kaukauna (WI) Police did not press charges and the Wisconsin Office of Lawyer Regulation found he did no wrong in their initial investigation. But the noose tightened last week not only when three more women came forward with allegations of sexual harassment against Kratz. A hearing was also scheduled that would determine if Kratz would be removed from office.

The perverted prosecutor stepped down on his own before the hearing happened and now hopes to simply keep his law license and not be charged with any crimes.

Watch a report from WISN ABC 12 in Milwaukee.

Though Kratz says his wife and children are supporting him through all this, court records indicate he and his EX-wife filed for divorce last December. Kratz is also trying to escape criminal prosecution and save his law license by doing what celebrity drug addicts and sex deviants do…checked himself into “re-hab.” The Wisconsin Office of Lawyer Regulations has re-opened its investigation of Kratz, and Ms. Van Groll has filed a lawsuit against the perv, who can expect several more lawsuits in the near future. 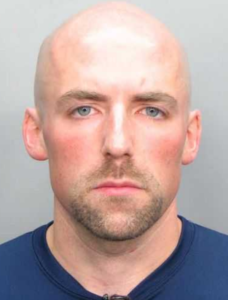 And finally, in Miami, FL, a United States Attorney (federal prosecutor) was apparently too drunk or too stupid to put swim trunks on at a drinking establishment’s swimming pool, and instead wore only his underwear.

Sean Cronin was arrested on Sunday, September 26 after a woman and her young daughter complained to the staff at the bar that Cronin’s genitalia was exposed when he exited the pool. When police arrived, Cronin ran out the backdoor of the bar and jumped over several fences trying to evade them. He was ultimately caught and charged with misdemeanor lewd and lascivious behavior, and obstruction of justice.

Cronin is no stranger to lawbreaking. A federal judge reprimanded him and three other Miami federal prosecutors for “mishandling” evidence last April; evidence that turned out to be painkillers and other drugs during the prosecution of a Miami doctor. The doctor was ultimately acquitted and the judge fined the federal government $600,000 to pay for the acquitted doctor’s attorney fees.

The U.S. government is no better than North Korea, Russia, or even Hamas. They all murder people because they feel like it, they all rape and harass women, and they all protect their government henchmen. The thing that makes the United States unique is that it incarcerates far more of its own people than any other country, except for the criminals running this alleged “justice system.”

Do not expect any of these criminals to face any real justice. But do expect several more of these stories to be published here and elsewhere in the near future.

Eleventh Amendment Is Unconstitutional; Must Be Repealed (8/31/2010)