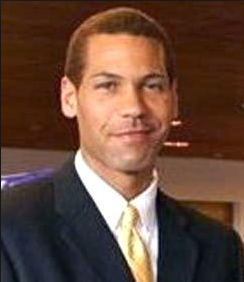 We’ll withhold judgment until all the facts come out because, obviously, police thugs lie. If Mr. Christopher John Monfort, of Tukwila, Washington, is the person who killed Seattle cop Timothy Brenton on Halloween night, then he is “an upstanding citizen” to use the words of Operation-Nation contributor Heidi Peterson. Monfort simply gave up on the justice system and took matters into his own hands.

The Seattle Times has identified Mr. Monfort as the “suspect” who killed Brenton. Mr. Monfort, 41, was shot in the head at his apartment by Seattle cops yesterday, after they said he “pulled a gun on detectives” when cops allegedly approached him for questioning. Mr. Monfort survived, but is in serious condition. What apparently led Seattle cops to Mr. Monfort was his patriotism.

Even though the First, Fifth, Eighth, and Fourteenth Amendments of the U.S. Constitution are supposed to protect American citizens from government malice, said amendments rarely serve that purpose in real life. Mr. Monfort and tens of millions of other Americans want to believe in our Constitution. But the fact remains that the Eleventh Amendment of the U.S. Constitution protects judges, prosecutors, and cops from criminal and most civil liability related to their thuggery.

Euro-American media will have a difficult time vilifying Mr. Monfort as a “black thug” or “black parolee.” He has more education than likely 90 percent of the Seattle police force, who all at best went through a 16-24 week “academy” to earn their license to kill. Some may have obtained fake college degrees, like Washington State Patrol troopers do.

Mr. Monfort earned his bachelor’s degree from the University of Washington in March of 2008. He majored in Law, Societies, and Justice.  He became part of the university’s McNair Scholars Program upon graduation. It promotes and funds graduate studies for “minority” students.

What is most fascinating and inspiring about Mr. Monfort is the project he was working on for the McNair program, entitled “The Power of Citizenship Your Government Doesn’t Want You To Know About: How To Change The Inequality Of the Criminal Justice System Immediately, Through Active Citizen Nullification Of Law, As A Juror.” Mr. Monfort’s work “illuminat[ed] and further[ed]” the work of Mr. Paul Butler, a law professor at George Washington University, according to the Seattle Times. 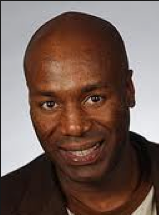 Mr. Butler earned his bachelor’s degree from Yale and his law degree from Harvard. He posited in a 1995 Yale Law Journal article that “it is the moral responsibility of black jurors to emancipate some guilty black outlaws” (i.e. non-violent drug offenders). This principle, known as jury nullification, says jurors should acquit black defendants no matter the strength of the evidence since “blacks” are usually convicted by all “white” juries regardless of evidence, circumstances, and/or facts.

It is beautiful seeing this educated brotha working on the impossible and deadly task of trying to change this Confederate, Euro, modern day slave trade the U.S. calls the “justice system.” Professor Butler’s theories and Mr. Monfort’s furthering of them are real issues Nubians need to pay attention too. Though the Euro-American community and their media dismiss this as “black paranoia,” “blacks blaming ‘whitey’,” etc., the U.S. Justice System replaced slavery as a way for insecure Euro-boys to always feel good about themselves.

Slavery was technically outlawed in 1868 via the 13th Amendment. But it was carefully and deliberately worded so the “justice system” would convict black people of anything from “vagrancy” in the early 1900s to smoking weed in the 21st century to make them perpetual prison slaves. Euro-Americans who call themselves “Republicans” and “conservatives” still use the “Abe Lincoln was a Republican and ended slavery” line because they rely on mass They catering to the uneducated, versus those who know the truth about Abraham Lincoln.

U.S. police are the henchmen on the frontline in the continual slavery of “blacks” in this country. They are the enforcers of white supremacy. There was no such thing as “police” in the United States until the early 1800s, when “police” agencies were first founded to “catch runaway slaves.” This is still the philosophy of cop shops in America today.

The job of police is to either murder “blacks” or charge them with any felony possible. The goal of white supremacist enforcers (cops) is to take away the right to vote, right to bear arms, right to gainful employment, and in some states, the duty to serve on juries, of black people. The latter is of course the U.S. “justice system’s” slick little way of nullifying Professor Butler’s theory.

One-third (about 33%) black men in the USA are disenfranchised because of felony convictions. Jeb Bush as governor of Florida, helped his brother George get elected President by deliberately and openly disenfranchising black voters.

Once feral pigs enter Nubian Americans into this system via kidnapping, prosecutors and judges force them into signing plea agreements for “reduced felonies” before the matter can even go to trial. But because most public defenders are worthless, and most “blacks” do not know their rights in these U.S. courts, they are dragged through this system like hogs in a packing plant.

Mr. Monfort is an intelligent man, and a man who sees the U.S. justice system for what it is. He could no longer wait for “black President” Barack Obama to stop having beers with feral pigs who violate regular Americans’ Constitutional rights on a daily basis.

“Black” men generally have to wait years and sometimes decades for justice, IF they get any justice at all in this country (which is RARE). Far too many “black” men have been freed from prison after decades of incarceration when DNA evidence clears them of malicious convictions by all-white juries. Amnesty International found that 60 percent of U.S. juveniles sentenced to life imprisonment without parole are “black.” The U.S. Supreme Court will finally review this issue, though its a few decades too late.

Timothy Brenton is dead. Seattle Police can now take their paid vacations (aka “paid administrative leave”) and become aroused by all the copsuckers who will inevitably come out and praise them as heroes. And IF Mr. Monfort killed Brenton, it is only retaliation to the Maafa, aka The Real Holocaust. Mr. Monfort felt that he died as soon as he realized and accepted that U.S. government works against average citizens and not for them. As “a black” citizen, the only true rights you have in this country is the right to go to prison, the right to be dragged through this justice system, and the right to be murdered by radical Christian terrorists. But you also have the right to freedom and liberty by any means necessary.

The reason U.S. public schools’ curriculum for “black history” centers around slavery and Martin Luther King is because the combination of the two keeps black children defenseless, weak, acquiescent and in a state of mind that it is hopeless to resist control by white creatures. Nat Turner, Malcolm X, Lovelle Mixon, and now Mr. Christopher John Monfort are heroes who U.S. schools and media will continue to eliminate from history. But we’ll do our best to change that.

One thought on “Christopher John Monfort: IF He Killed Timothy Brenton…”