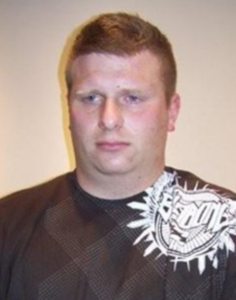 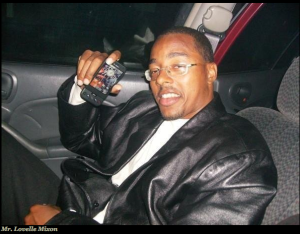 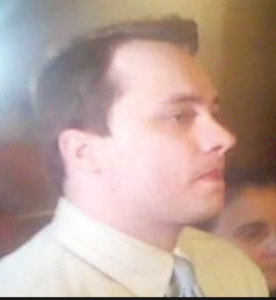 Richard Poplawski shot and killed three Pittsburgh (PA) cops after they tried to arrest him on April 4. Poplawski is the only one still alive, but he will likely receive the death penalty at trial. These three are similar in that they all decided to kill cops, but their paths leading to their actions couldn’t be more different.

Cartwright, 28, had been laid off from his job the day before his rampage. His wife called police that Saturday after Cartwright pinned her down and threatened her because he could not find the Clearasil in the bathroom. Cartwright, in a nutshell, viewed police as “the United States” and took out his anger on them.

Cartwright, according to his wife, and like most other Euro-American males in the Confederacy, was “severely disturbed that Barack Obama was elected president.” He, like many other “right-wing” extremists and Fox News followers, view President Obama’s victory as a conspiracy. The fact the USA has a “black” president cut into his white male “we control the world” belief.

Similarly Poplawski, 22, was a member of Stormfront.com, a self-proclaimed “white nationalist community” and was also upset by the election of President Obama, according to several sources. But in the end, Poplawski is more one of those “white” dudes who will use racist language anonymously, but has non-European friends.

WATCH A REPORT ABOUT THE SHOOTING BELOW.

Once you cut through all the Euro-American media crap, you find Poplawski is more of an ideological knucklehead who wanted to be a part of something that gave him a forum to voice his beliefs (Stormfront). Poplawski was more disdained by President Obama trying to abridge the 2nd Amendment, taking guns out of the hands of regular citizens. He also felt police frequently abused their power and feels if cops can have guns, than American citizens can have guns too. Poplawski, at the end of the day, did this because he didn’t like cops, plain and simple.

Lovelle Mixon, by far, got the most Euro-American media coverage because he’s “a black” who killed four white Oakland cops. Anytime “a black” kills white people, it will be front page, weeks-long news (see O.J. Simpson). Mixon was covered extensively by Operation-Nation as well, as Euro-media created arbitrary claims about Mixon. One “news” outlet in San Francisco said he raped a 12-year-old girl, though he was never convicted or even charged with this alleged crime. They also referred to him as “parolee,” versus just calling him by his name. Mixon, unlike Poplawski and Cartwright, is viewed as a hero not only to citizens of Oakland who have endured police brutality and misconduct for decades in that city, but Nubians all across the country.

Mixon could not find employment for months after being released on a U.S. Concentration Camp. He made the conscious decision that he would not be the property of the U.S. Justice System again, and was going to take a few of them with him. Many Nubian Americans look at the four dead Oakland cops as justice, considering the tens of thousands of unarmed “black” men who have been/are murdered at the hands of thug police since the end of the Civil War.

Serious discussions are urgently needed by Congress to completely reform what we as Americans know as “police.” The United States is not far from being an official police state, which is why these shootings will likely continue. President Obama seems afraid to address the issue,  just like all previous administration had no interest in the issue either.

Police need to be far more educated than the 14-week “academies” they attend to earn a badge, gun, and the right to kill people. Police also need to live in the city they work. All of the Oakland cops who were killed by Mixon drove in as far as 70 miles away from the city. This gives the Oakland PD the feel of an occupying army.

Police “quasi-judicial immunity” needs to be relaxed to the point that a “preponderance of evidence” proves criminal and/or civil liability for police misconduct. Thug police do the things they do because they know 99 percent of the time, they will get away with it. If more police are imprisoned for blatant misconduct, it will deter others from doing the same things.

There is absolutely no reason a near majority of American citizens should be reluctant to call police for help. But this is our reality. Just like George W. Bush-league used Fox News to scare people into supporting him (i.e. Terror-meters, etc.), it is clear the United States wants its citizens to fear police.

The question is, how many more Mixons, Cartwrights, and Poplawskis will it take for our government to step in and reform law enforcement? As police have become less discriminate  in who they target for brutality and as more white Americans are affected, its just a matter of time before these incidents happen close to daily. Congress, are you listening?