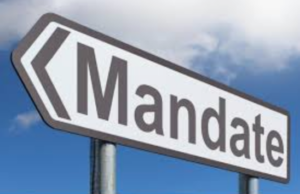 Barack Obama, during the 2008 Presidential Campaign, said he would sign the Freedom of Choice Act if elected. President Obama now says he will also repeal the Bush “conscience clause.” Senator Tom Coburn (R-OK) said he would go to jail before performing an abortion under the Obama plan.

I believe the term “pro-life” is a misogynistic fallacy. Men should have very little say in abortion laws, since we will never know what its like to carry an unexpected or otherwise child. Granted men are also parents and the decision should be collective between married and long-term couples. But many women are forced to raise kids by themselves because the father takes off. There are also necessary abortions after rape.

“Pro-life” Republicans are also pro-war, pro-thug police, pro-military invasions of sovereign nations, and pro-death penalty. It’s silly for these types to pretend like they actually care about human life. But the GOP and Senator Coburn are correct in resisting the President’s plan to repeal the conscience clause. President Bush did very little (ok NOTHING) right in his eight years as president. But his conscience clause protects conservative doctors with genuine religious and moral beliefs.

President Obama said his intention is not to force individuals to perform abortions or administer birth control against their beliefs. He simply wants to clarify the vagueness in Bush’s clause and the 30-year-old law protecting individuals from having to administer abortions and birth control.

Our country tries to protect freedoms of speech and religion. It also tries (and fails frequently) to respect those who are not Christians. Forcing Catholic hospitals to perform abortions would be like forcing Hindus to eat beef, or forcing Muslims to eat pork, or better yet forcing Christians to participate in Ramadan.

The Freedom of Choice Act should strictly prohibit any congressional or state interference with the Roe vs. Wade Supreme Court decision. This prevents showboat judges from creating or revising laws pertaining to abortion. The Act should only apply to medical facilities funded by federal and/or state money. Women have the right to do what they want to their bodies, just like men have the same right to their bodies. There seems to already be about as happy a medium as we’ll get in our country on this issue. Why screw with it?

I respect Senator Coburn for his stance. President Obama is overstepping his authority here. Abortion is an unalienable right of women. It’s also a sin in many Christian churches. Women have a choice and so do doctors. Let’s leave it at that.