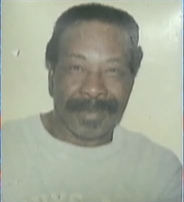 Let the coverup begin because there is simply no justification for shooting a half-paralyzed, 66-year-old man 30 times.

This past Saturday, January 9, Ms. Nancy Jones made the biggest mistake of her life: she called police for help. Jones, who is the sister of Mr. Louis Kimbro, called police because her brother – who was on several medications after having at least one stroke and one heart attack in his life  – was trying to pry open doors in her home with a butcher knife.

When Memphis Police thugs arrived, they promptly removed Ms. Jones from the home and placed her in the back of their car, so no witnesses would see what was to come. The thug cops allege they used pepper spray and shot rubber bullets at Mr. Kimbro for whatever reason? The police thugs then say the 66-year-old, paralyzed Mr. Kimbro “charged at them” with a butcher knife, which prompted them to fire 30 bullets inside the home, killing Mr. Kimbro instantly.

Of course, the police thugs’ names are being protected by the City of Memphis, and the two who fired the 30 bullets were rewarded with a paid vacation (aka “paid administrative leave”), which is the routine reward police thugs get when they murder, rape, and/or assault American citizens.

Mr. Kimbro’s brother, John, told Local 24/Fox 16 in Memphis that there is no way the incident could have taken place the way the police thugs described it since his brother is partially paralyzed. Ms. Jones is absolutely correct when she said that the thug cop went into the home fully intending to earn their paid vacations.

Operation-Nation will follow this story at least until the police thugs’ names are revealed (which will likely be never). There is absolutely no chance of charges being filed against the murderers because they are COP (Constitutionally Protected) thugs.

Our thoughts are with Mr. Kimbro family.