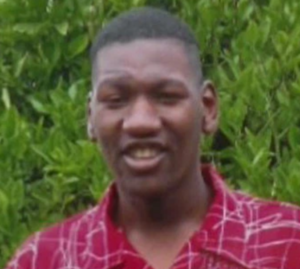 LOS ANGELES — In yet another government-sanctioned murder at the hands of American police thugs, you would think there’d be no more lows the savages can stoop to…unless you believe it is ok to kill unarmed, autistic Americans.

This is what happened yesterday, in the Koreatown section of Los Angeles. Los Angeles police thugs Allan Corrales George Diego, who LAPD say are part of “gang enforcement” – a moniker U.S. police give certain thug cops who are sanctioned to kill “blacks” anytime they feel like it. – say Mr. Washington was “looking around suspiciously” and then the proverbial “he was reaching for something in his waistband.” Thirsty for blood and a paid vacation, thugs Corrales and Diego shot Mr. Washington in the head, killing him instantly. As of today, the two killers have yet to be rewarded with their inevitable paid vacations (aka “paid administrative leave”).

What makes these government-sanctioned murders even worse is when these “police departments” use house negro cop spokesmen, i.e. Assistant Chief Earl Paysinger, as lead puppet for the shows that inevitably take place after all these murders. 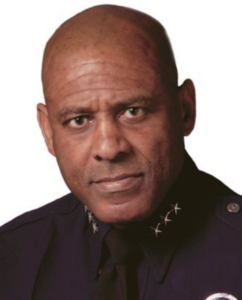 Paysinger says the “officers,” “made decisions in a fraction of a second.” Yes, decisions to exercise their goverment-sanctioned right to murder any and all American citizens they feel the need too, and justify it by saying, “they feared for their lives,” or “the victim was a gangster,” and/or “the victim had a criminal record.” Ms. Vicki Thompson, Mr. Washington’s aunt, rhetorically asked “why” her nephew was murdered in cold-blood the way he was. It’s simple Ms. Thompson: because these savage police thugs enjoy murder, assault, and rape; and know they will get away with it.

Despite his learning disabilities, Mr. Washington was taking college courses to become a mechanic. The kangaroo investigations into the young man’s murder, which are supposedly being puppeteered by the LAPD, should return the inevitable “justified” verdict within a few weeks. Of course, a wrongful death lawsuit will be filed and the family will get a relatively small monetary settlement. However, once again, the murderers will not and cannot be held accountable with the vehicles Americans are bequethed by law, and will once again be rewarded for their behavior.

Our thoughts are with Mr. Washington’s family.

They basically claimed that since they were Latino cops, they didn’t get the same type of immunity that white cops get when they kill black people. No joke.