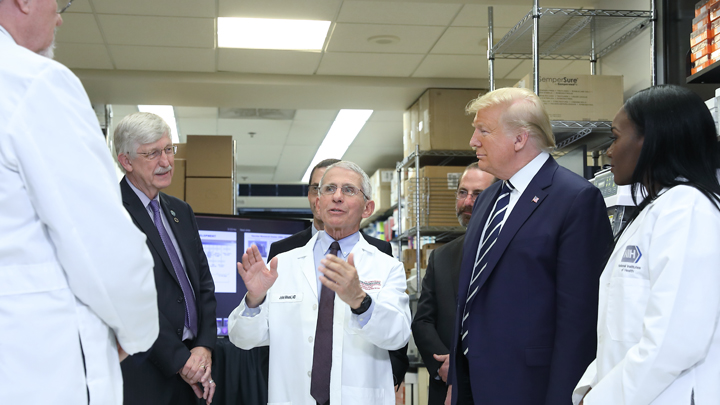 UPDATE April 17, 2020 – The anti-black racism of Kizzmekia Corbett has been fully exposed.

The National Institutes of Health refuses to acknowledge and address it. Instead, state-run media and government are grooming some additional, mitigating Eunice Rivers Laurie “blacks,” this time at Meharry Medical College.

We won’t be posting the NBC News link here, as it’s disinformation meant to lull impressionable black people into volunteering their bodies as guinea pigs for vaccines. It’s quite insulting that state-run media and white supremacist government believe that black faces alone equal mass black support for anything they conjure. We’ll continue updating this story.

Mainstream media launched their “coronavirus is a black disease” agenda last week. Black Americans, for good reason, do not trust the U.S. medical establishment or state-run U.S. media. “African Americans” are particularly reluctant to get vaccines due to the history of Bill Gates and others using black bodies as experiments for their shots. The optics needed a makeover. Enter Dr. Kizzmekia Corbett.

NBC News published a story on April 12 fawning over Dr. Corbett. It talks about how the 34-year-old is “not your average pocket protector scientist.” She attended high school in Hillsborough, North Carolina. Corbett earned a Bachelor of Science degree in biology and sociology from the University of Maryland – Baltimore County. She received her Ph. D in microbiology and immunology from University of North Carolina at Chapel Hill in 2014. Dr. Corbett told Black Enterprise magazine that she is a Christian, feisty and sassy.

UPDATE April 15, 2020 – See more below. We tried VERY hard to be objective about this chick, to respect a black scientist. Turns out she goes out of her way to bash black people. There is a word for black people like this. Note her old Twitter handle was @BeautifullyBlaq. 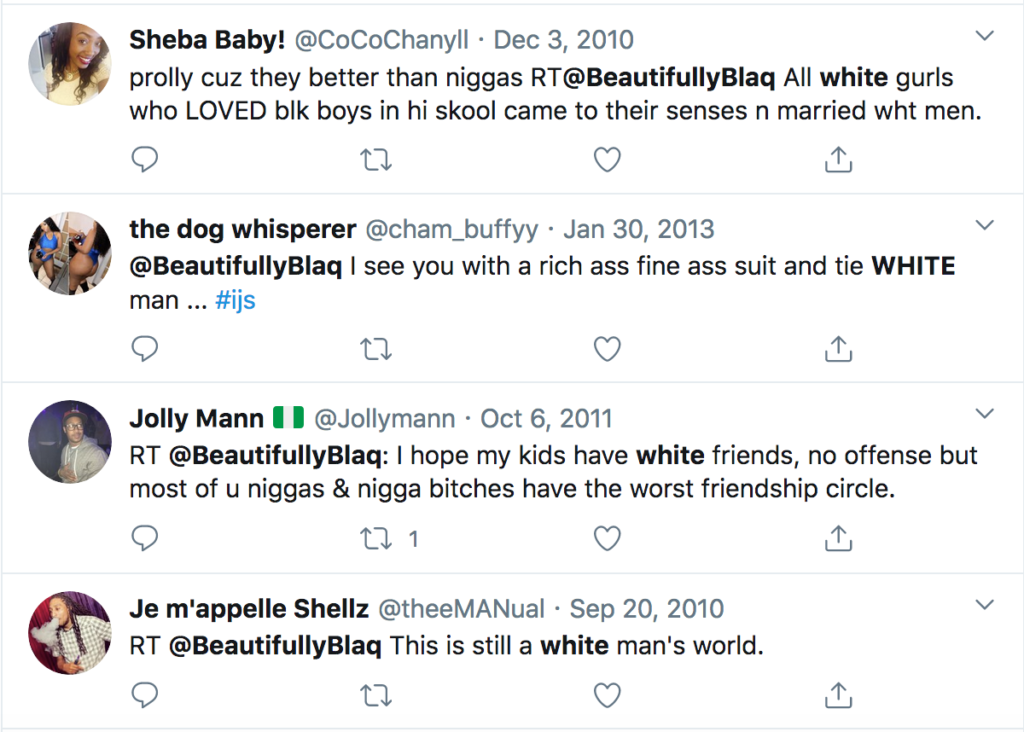 Dr. Corbett is even surprised by her sudden rise in fame. “I would have never thought that I would be in this moment right now. I wake up sometimes and I’m like, are we living an alternate universe? God is shaking the table,” she told B.E. 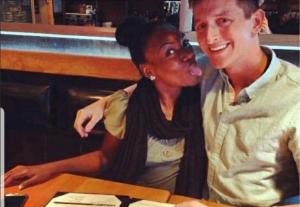 Dr. Kizzmekia Corbett and her white boyfriend. Nothing wrong with interracial dating. But there is a lot wrong with self-hatred, manipulation, and being a paid sycophant.

The National Institutes of Health employs 6,000 research scientists, most of whom work in relative anonymity. The fast-tracking of Dr. Corbett from obscure to front-and-center reveals the underlying agenda by the dominant society. Eunice Rivers played the black nurse recruiter role for the Tuskegee Experiments. Kizzmekia is the 2020 version for Bill Gates vaccines.

A Wikipedia page was created for Dr. Corbett on March 29, 2020. An editor named Jess Wade created the page.

Wade says she writes “[Wikipedia] biographies of women, black and minority ethnic and LGBTQ+ scientists.” The Guardian wrote in 2018 that Wade had written 270 articles at the time of publishing.

There is no simple way to view all articles created by a single editor in Wikipedia. But a 2017 study by the Purdue University Data Storytelling Network found that 77% of Wikipedia articles are written by one percent of Wikipedia editors. Sorin Matei, the lead author for the study, told Vice News that out of 132,000 registered Wikipedia editors, about 1,300 people edit and create all articles. Wikipedia is not the open, free encyclopedia it claims to be. In fact we’ve had our own issues with their inherent bias against black people and favoritism towards Zionists.

Wikipedia bypassed their own notability standards for Dr. Corbett. 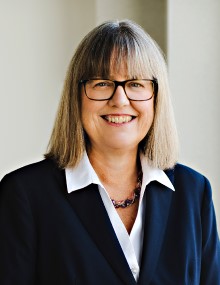 Wikipedia is not only biased against black people, but also against female scientists. Dr. Corbett’s biggest piece of notoriety was the above March 3rd photo with Anthony Fauci and Donald Trump. Obviously someone intervened to get the Dr. Corbett page published without hassle.

A photo with Trump and Fauci is apparently enough to earn the non-coveted Twitter blue-check. Dr. Corbett created her Twitter account in January of this year. She had less than 1,900 followers and no blue check on March 3, according to web archives. 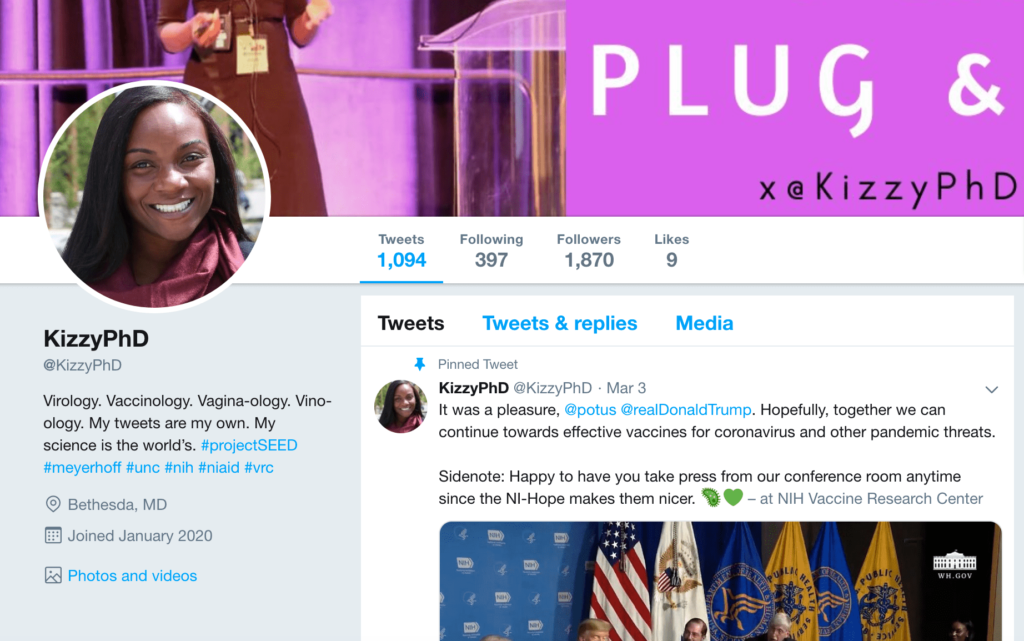 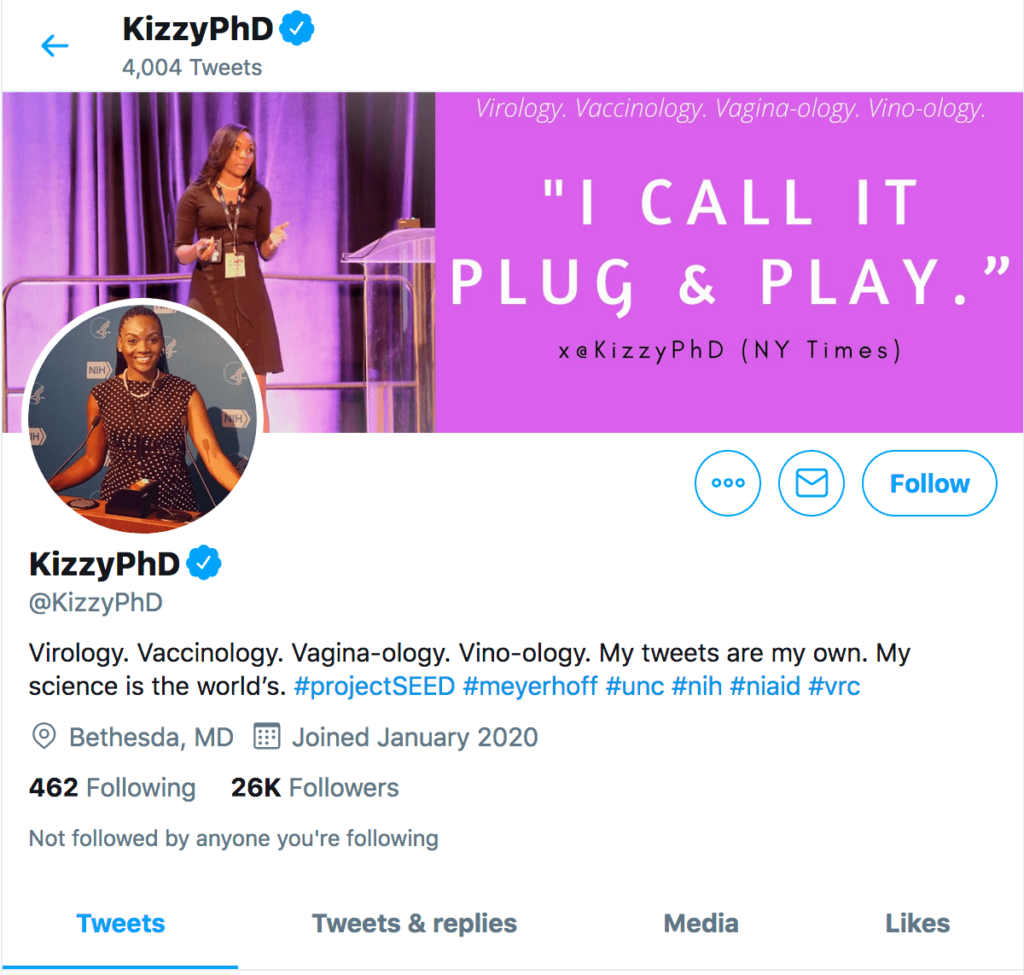 UPDATE April 15, 2020 – Filmmaker and music artist Tariq Nasheed posted to Twitter that Dr. Corbett had an old Twitter account that her handlers apparently told her to delete. It makes sense being her current Twitter account was just created in January. Her previous Twitter handle was @beautifullyBlaq. The current one is @KizzyPHD 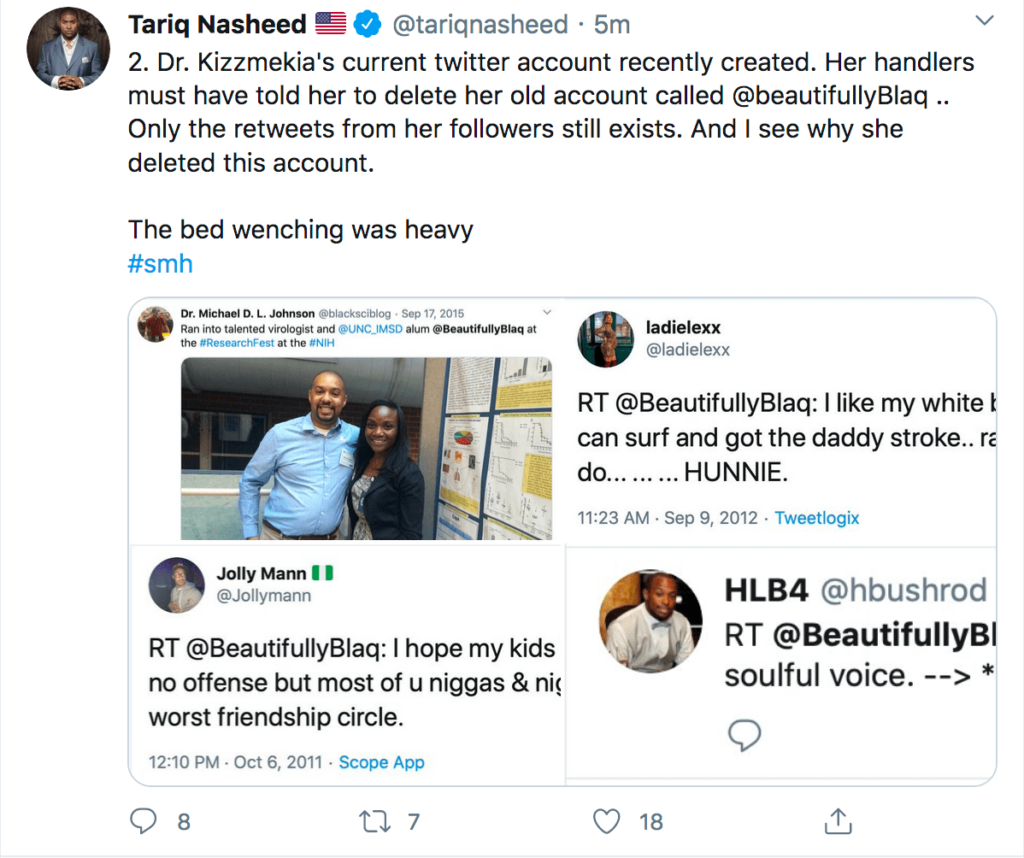 “Kizzy” described herself as a “genius” and “emotional retard” in her old Twitter profile.

Kizzmekia has been confronted several times on social media about her obvious hatred for black people and apparently herself too. She offered the most ridiculous excuse, saying the foregoing hate-tweets were from 2003. Twitter did not exist in 2003. 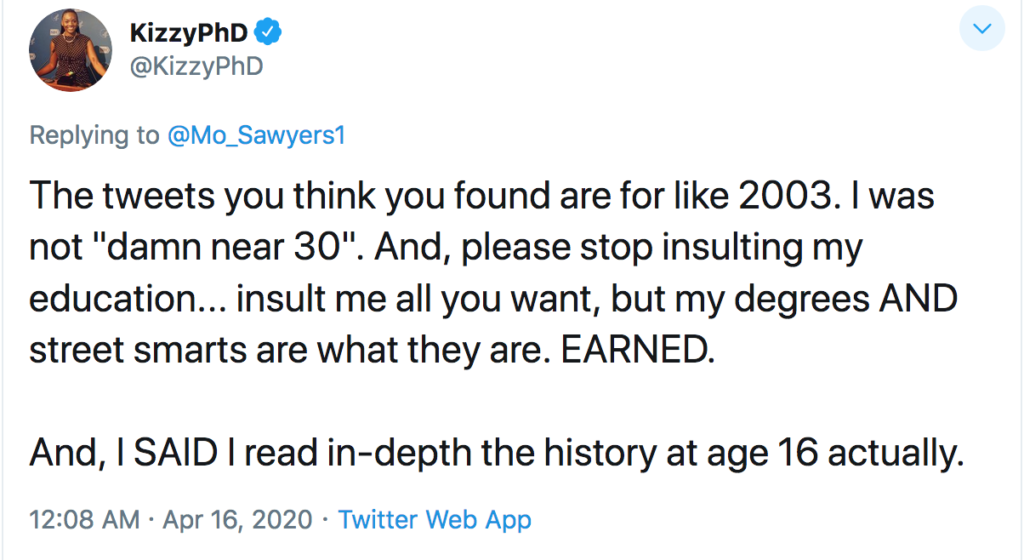 Corbett’s 15 minutes are about expired. Her old Twitter account is full of anti-black hate. She brushed off the criticism and responses from black people as nothing. Now Carlson pointed out on his show tonight a bunch of tweets from the last several weeks on Corbett’s new Twitter account faking like she’s pro-black.

This woman is completely confused. The white men she thirsts over, yearns and places on pedestals  just threw her in the trash. She has not responded to Carlson’s segment as of this update. Now the Trump white right wants nothing to do with her. All she can hope for now is Oprah and Gayle saving her. A resignation should be coming soon.

U.S. media and their “coronavirus is a black disease” agenda is demented and evil on every level. It’s the 2020 Tuskegee agenda. We know white imperial society gets off on manipulating black people just because they can. We also know black Americans do not trust the U.S. medical establishment. Placing a black face on vaccine research is a strategic move by the dominant society to further lull black people into volunteering their bodies for vaccine experiments. History is repeating itself.